The Edgbaston Test between England and New Zealand will welcome around 18,000 fans each day after being selected as the first of the Government's latest pilot events.

Under present guidelines smaller outdoor venues are only permitted to be at 25 per cent capacity, but the stadium will be 70 per cent full for the second Test against the Black Caps when it takes place between June 10-14.

Taking to Twitter, the England Cricket wrote, 'We CANNOT wait to have you back with us!'

The agreement was reached by Culture Secretary Oliver Dowden, with support from Public Health England, the England and Wales Cricket Board, Birmingham City Council and Edgbaston's dedicated Safety Advisory Group.

To gain entry to the ground, each ticket holder will need to present a negative NHS lateral flow test, taken within the preceding 24 hours.

All ticket-holders must be aged 16 or over, in contrast to the first Test at Lord's. That match is not part of the pilot programme and MCC has decided to prioritise those who purchased junior tickets to ensure a youthful crowd during half-term.

Stuart Cain, stadium chief executive, said in a statement: "Edgbaston is unique as a cricket venue in having such a large stadium footprint, but we also have a vastly experienced operational delivery team, which has hosted many major events and a spectator pilot last summer. We have always been hopeful of featuring in the pilot programme and are delighted for the thousands of ticket holders who will now be able to attend.”

"The city's authorities have worked with us to make this happen so I would like to thank councillor Ian Ward and his team for their support and also Andy Street, Mayor, for his help along the way."

Children will not be allowed to attend England's second Test against New Zealand at Edgbaston next month after the match was chosen as one of the British government's pilot events to allow bigger crowds.

The June 10-14 Test will be the first event in the second phase of the government programme assessing the risk of COVID-19 transmission at mass participation events.

Edgbaston will now be allowed around 18,000 spectators a day, or 70% of capacity, but all ticket holders must be aged 16 and over.

The same rule will apply to the Royal Ascot horse racing from June 15-19, which has also been selected in the second phase.

An Edgbaston spokesman told Reuters just over 2,000 tickets, out of around 70,000, had been sold to under-16s across all five days before the ban which he confirmed was down to medical consent issues.

"We would have loved to have under-16s, it's an unfortunate downside of the protocols," he added. "You want as many children as possible to see Test cricket."

Purchasers would be offered full refunds, upgrades of child tickets to adult ones or amendments to their bookings.

Under-16s will get in free to T20 cricket later in the year, however.

Royal Ascot said 12,000 people would be admitted each day.

"It is an opportunity to demonstrate how racing events are perfectly suited to safely hosting spectators in greater numbers as we progress through the government’s roadmap for the easing of lockdown restrictions," said British Horseracing Authority chief executive Julie Harrington. 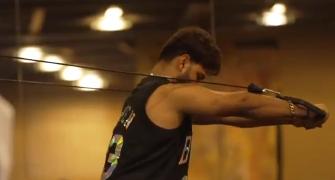 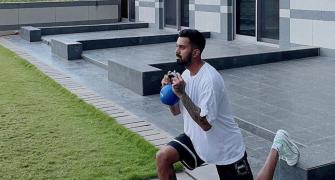