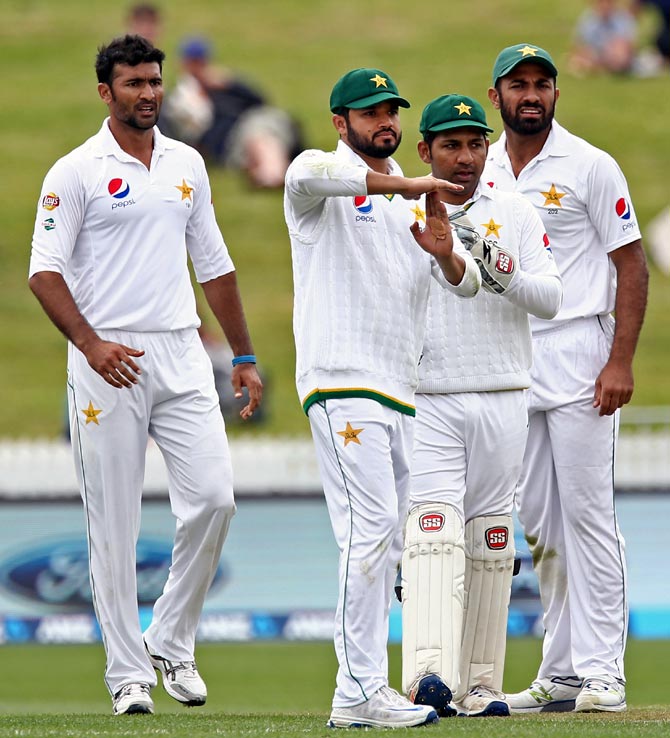 The decision review system (DRS) was the major talking point at the end of a rain-shortened first day's play in the second Test between New Zealand and Pakistan in Hamilton on Friday following the dismissal of the home side's captain Kane Williamson.

New Zealand, put into bat on a green wicket by Pakistan's stand-in skipper Azhar Ali, were 77 for two in 21 overs when the umpires ended the day's play just before 4:30 p.m. local time after light rain had forced the players off before lunch.

Opening batsman Jeet Raval was 35 not out, while Ross Taylor, who will have eye surgery next week and miss up to six weeks of action, was on 29 from 20 deliveries, having taken the attack to Pakistan's four-pronged pace battery.

But it was the controversial dismissal of Williamson that proved the main talking point at Seddon Park after he was given out for 13 after a review.

New Zealand were 39 for one when the Pakistan fielders appealed for a catch by wicketkeeper Sarfraz Ahmed, adamant Williamson had got an inside edge to a Sohail Khan delivery.

When the appeal was turned down Azhar asked for a review, and while none of the evidence appeared overly conclusive, with TV relays suggesting the ball had hit his elbow, third umpire Ian Gould said he believed Williamson had got an inside edge and reversed the original decision.

The New Zealand captain looked bemused as he walked off and appeared to tell on-field umpire Simon Fry he had not hit the ball.

New Zealand batting coach Craig McMillan said Williamson was so convinced he had not hit the ball that had he initially been given out, he would have reviewed the decision.

"He didn't think that he'd hit it," McMillan told reporters. "He was going to review it. But it was one of those tough ones that we accept." 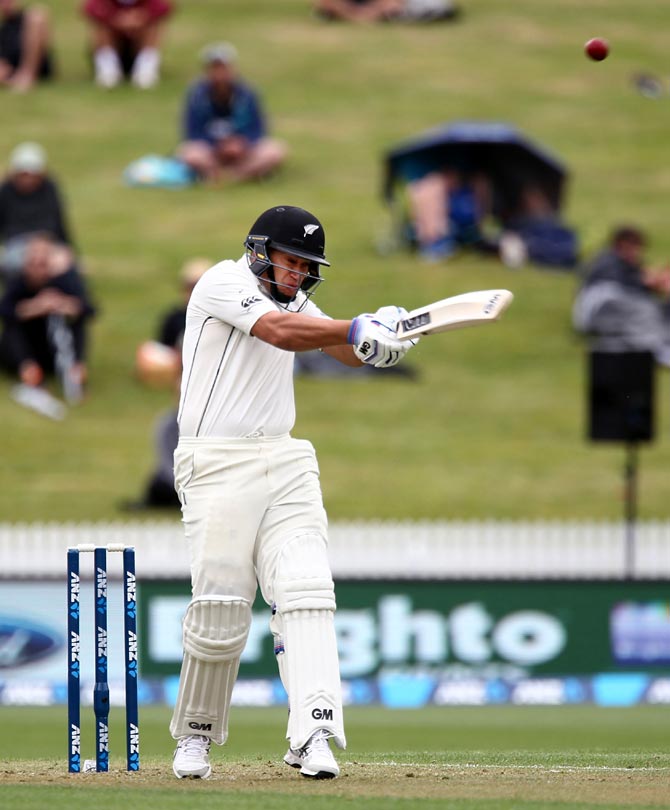 Apart from an impressive opening spell from Mohammad Amir, the visitors looked to have squandered the best of Friday's bowler-friendly conditions.

The first over from Amir saw Raval nick through the slips for a boundary, beaten outside off stump twice, dropped by Sami Aslam at first slip and produce a leading edge for a lucky single before Tom Latham was caught by Aslam for a golden duck.

Amir had figures of one for 15 from six overs, though he was not supported by his fellow pace bowlers, who did not get the same movement and bowled either too short or too full.

McMillan, however, said the rain and the fact the covers would force the pitch to sweat overnight would ensure there were still issues for his side to overcome when the second day begins 30 minutes early on Saturday.

"We know we're just going to have to be as precise tomorrow morning as we were today," he said.

"That's the challenge for us."

© Copyright 2020 Reuters Limited. All rights reserved. Republication or redistribution of Reuters content, including by framing or similar means, is expressly prohibited without the prior written consent of Reuters. Reuters shall not be liable for any errors or delays in the content, or for any actions taken in reliance thereon.
Related News: Kane Williamson, Craig McMillan, Azhar Ali, DRS, Ross Taylor
SHARE THIS STORYCOMMENT
Print this article