Don't expect any miracles, says Archer ahead of Ashes debut

'I personally believe in Test cricket you get a lot more opportunities to redeem yourself.' 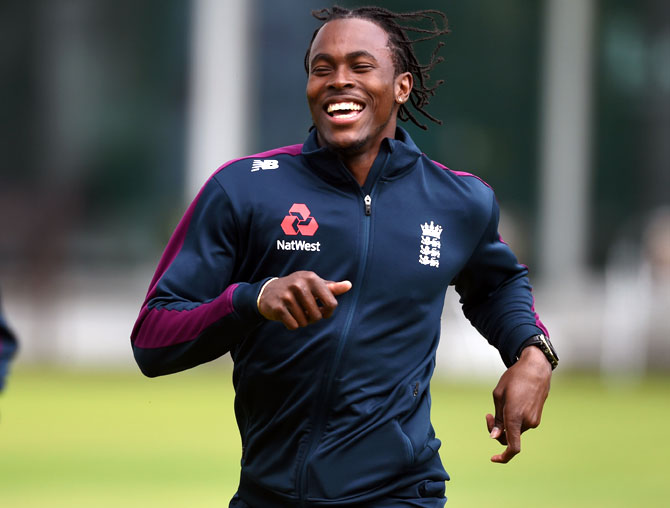 IMAGE: Fast bowler Jofra Archer was included in England's 12 in the absence of record wicket taker James Anderson, who bowled only four overs in the first Test at Edgbaston before injuring his calf again. Photograph: Gareth Copley/Getty Images

England fast bowler Jofra Archer says he has fully recovered from a side strain and is raring to go as he looks poised to make his Test debut in the second Ashes Test against Australia at Lord's on Wednesday.

Archer, who missed the first Test after picking up his injury during England's World Cup triumph last month, proved his fitness when he took six wickets and scored a century for county side Sussex's second XI last week.

The 24-year-old was included in England's 12 in the absence of record wicket taker James Anderson, who bowled only four overs in the first Test at Edgbaston before injuring his calf again.

"I'm probably more ready than I have ever been. I bowled 50 overs in one game for Sussex which I think was past the overs they told me to bowl, it was good practice," Archer told reporters.

"(My fitness) has never been better. (The side strain) just needed to settle and we couldn't get that gap in the World Cup. After that, it settled in a matter of days.

"Don't expect any miracles, I can only come in and do what I can and give my best. I can't work miracles but I will try to."

Australia coach Justin Langer had said the key to dealing with Archer, England's leading wicket-taker at the World Cup with 20 victims, is to "keep wearing him down" and make him bowl more spells.

"I think Justin Langer has another think coming," Barbados-born Archer added. "I've played a lot more red-ball cricket than I have white-ball cricket.

"I do think it's my preferred format anyway. I personally believe in Test cricket you get a lot more opportunities to redeem yourself.

"If it's 50 overs, when you don't have a good 10-overs, that's it. You have ample chances do it in red-ball games. Test cricket is pretty much the same as first-class -- know what your strengths are and stick to them."

Australia lead the Ashes 1-0 after their 251-run win at Edgbaston.

© Copyright 2020 Reuters Limited. All rights reserved. Republication or redistribution of Reuters content, including by framing or similar means, is expressly prohibited without the prior written consent of Reuters. Reuters shall not be liable for any errors or delays in the content, or for any actions taken in reliance thereon.
Related News: Jofra Archer, James Anderson, Justin Langer, England, Sussex
SHARE THIS STORYCOMMENT
Print this article 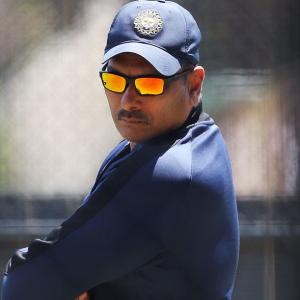 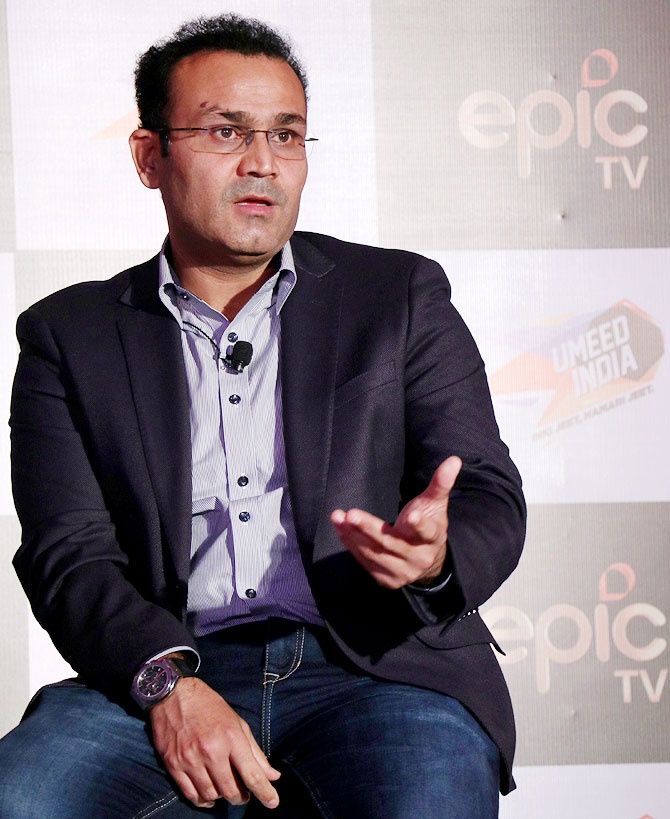 Will Sehwag get a chance to become selector?