Keshav Ranjan Banerjee, Dhoni's first coach and the mentor who was instrumental in him taking up the game, is training aspiring cricketers at the DAV Jawahar Vidya Mandir in Ranchi, the school which gave wings to the celebrated cricketer's dreams. 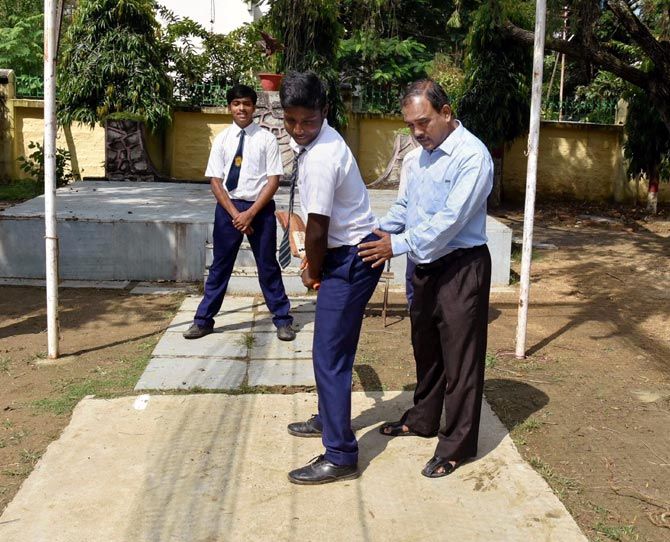 Mahendra Singh Dhoni passed out long back but his legacy has become a driving force for children at the DAV Jawahar Vidya Mandir in Ranchi, the school which gave wings to the celebrated cricketer's dreams.

Ram Roshan Sharan, a class 10th student, and his classmate Harsh Pradhan are among the aspiring cricketers from school located at Ranchi's Shyamali colony, made famous by the man, who captained India to two World Cup titles -- the 2007 Twenty20 World Championship and the 2011 ODI World Cup.

Once their classes are over, the kids spend around three to four hours daily on the ground under the guidance of Keshav Ranjan Banerjee, Dhoni's first coach and the mentor who was instrumental in him taking up the game.

"Earlier I used to get players from higher classes only but now they are learning from Class 6 onwards. I have a bigger pool of players to choose," Banerjee said.

Banerjee is their coach and Dhoni is the inspiration for JVM cricketers.

"I met Mahi (Dhoni) one and a half year ago at the JSCA indoor stadium. He told me only one thing that 'keep working hard and your dreams will be fulfilled'. It has become my guru mantra for life," said Ram Roshan, who is a wicketkeeper-batsman like his idol.

It was a glimpse of the World Cup trophy and Dhoni's performance in the final that inspired Harsh Pradhan, a class 10th student, to become a cricketer.

"The World Cup 2011 trophy came to our school and I felt pride when I saw that. I was in awe of Mahi's performance in the final and I decided that I will also emulate him," said Harsh. 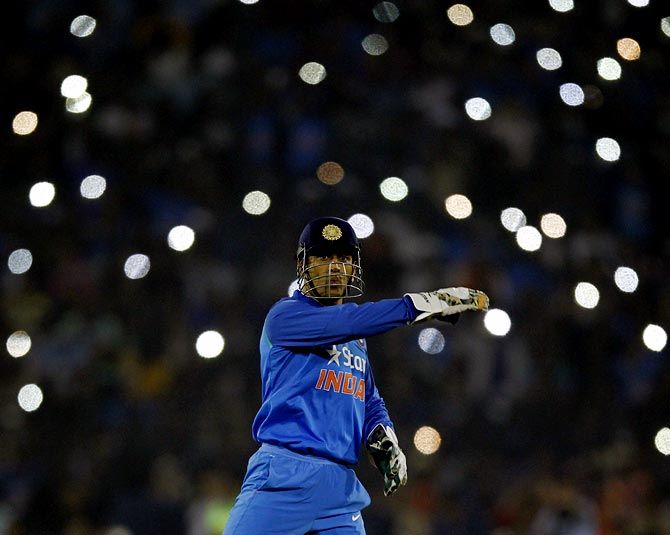 Kumar Shivam, a class 12h student, is an all-rounder and has won several trophies in inter-school competitions. He has watched the Dhoni's biopic -- MS Dhoni – An untold story -- many times and wants to be as focussed as his celebrated idol.

"Earlier the boys from small towns used to feel shy but post MS Dhoni's success, they are not scared of any challenge. He was also from a humble background and small city but has written new definition of success. He taught us that there is no substitute of hard work," said Shivam.

Dhoni's success has not just inspired them but also increased the responsibility of coach Banerjee as every parent now wants his/her child to be the next MS Dhoni.

"Players like Dhoni are rare. I cannot produce another Dhoni. These kids are very talented but most of the parents now want their wards to be next Dhoni. I don't have any magic wand," he said.

"But kids work very hard taking inspiration from Dhoni and I am sure they will be successful and make me feel proud," he added. 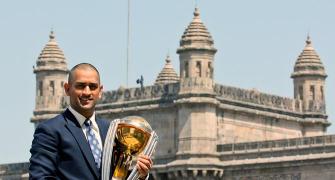 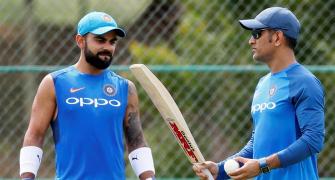 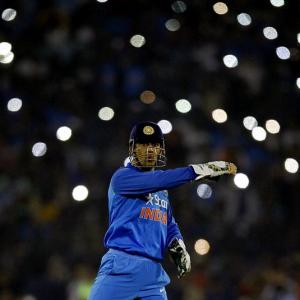 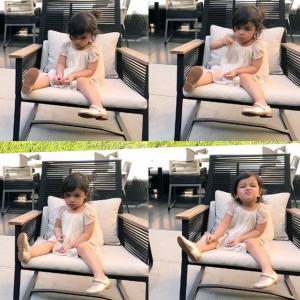