'The BCCI confirms that all the players and match officials are unhurt and safe.' 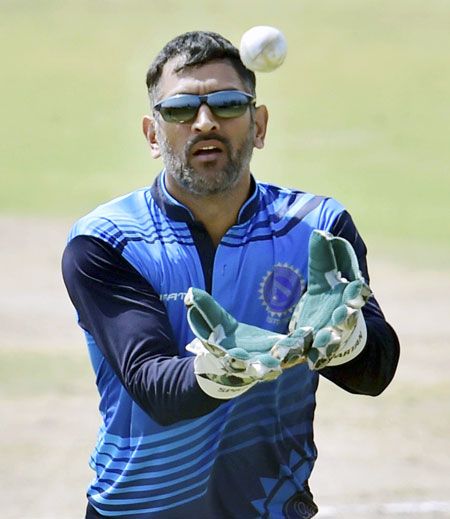 The Jharkhand cricket team, including their captain Mahendra Singh Dhoni, on Friday escaped unhurt after a fire broke out at a five star hotel in Dwarka, New Delhi leading to postponement of the Vijay Hazare Trophy semi-final against Bengal.

The match that was supposed to be held at the Airforce ground in Palam on Friday has been rescheduled for Saturday and will now be played at the Feroz Shah Kotla in New Delhi.

"The second semi-final of Paytm Vijay Hazare Trophy 2016-17 between Jharkhand and Bengal and the final have been rescheduled due to a fire accident which happened in the hotel where the teams were staying due to which the players were not in a position to play the match.

"The BCCI confirms that all the players and match officials are unhurt and safe," the Board of Control for Cricket in India said in a media release on Friday.

The final will be played on Monday, March 20 instead of Sunday, March 19 at the Feroz Shah Kotla Stadium in New Delhi.

Dhoni along with his team mates was having breakfast at the team hotel, ITC Welcome, when they were evacuated on a SOS basis.

Around 540 guests were staying at the hotel, according to police sources.

"Yes, it was scary as a fire broke out early in the morning. We were evacuated and brought to the ground," Jharkhand coach Rajeev Kumar said.

The match referee's decision to postpone the game was taken as the kits of the team were at the hotel and there was no way that the match could have started.

Both teams were at the ground but since the Jharkhand players were also mentally disturbed, the BCCI decided to give them a day's time to get into a proper frame of mind.

"When we were having breakfast at the restaurant...suffocating smell of the smoke alarmed us. We ran for our lives ," a Jharkhand player said.

"A call was received around 6.30am about a fire breaking out at Welcome Hotel. Thirty fire tenders were rushed to the spot and the fire was doused by 9.45 AM. Cooling operations are on," said a senior official from Delhi Fire Services.

Police said that the fire broke out in a Reliance showroom.

Further investigation is underway to ascertain the cause of the fire.

Image: Mahendra Singh Dhoni in action for Jharkhand during the Vijay Hazare Trophy

Source: PTI© Copyright 2021 PTI. All rights reserved. Republication or redistribution of PTI content, including by framing or similar means, is expressly prohibited without the prior written consent.
Related News: Jharkhand, Mahendra Singh Dhoni, Board of Control for Cricket in India, Feroz Shah Kotla Stadium, New Delhi
SHARE THIS STORYCOMMENT
Print this article 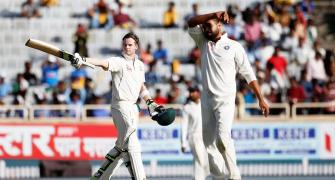 In backdrop of DRS row, Smith did well to bat the way he did 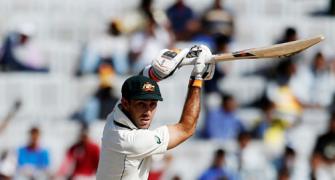 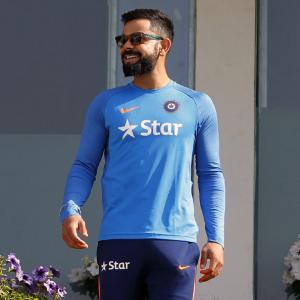 Recovering Kohli does not take field on Day 2 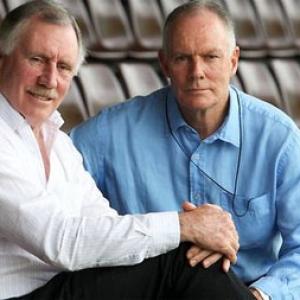