IMAGE: Sam Billings of the Delhi Daredevils raises his bat after reaching his fifty against Kings XI Punjab. Photograph: BCCI

Delhi Daredevils produced an all-round show to thrash Kings XI Punjab by 51 runs in their IPL match, in New Delhi, on Saturday.

Electing to bat, Delhi rode on Sam Billings (55) second IPL half-century and Corey Anderson's (39 not out) late fireworks to post a respectable 188 for six.

The home side then restricted KXIP to 137 for 9 to notch up their second win in three matches.

Delhi were clinical in their bowling as their bowlers never allowed the KXIP batsmen to stitch any substantial partnership. 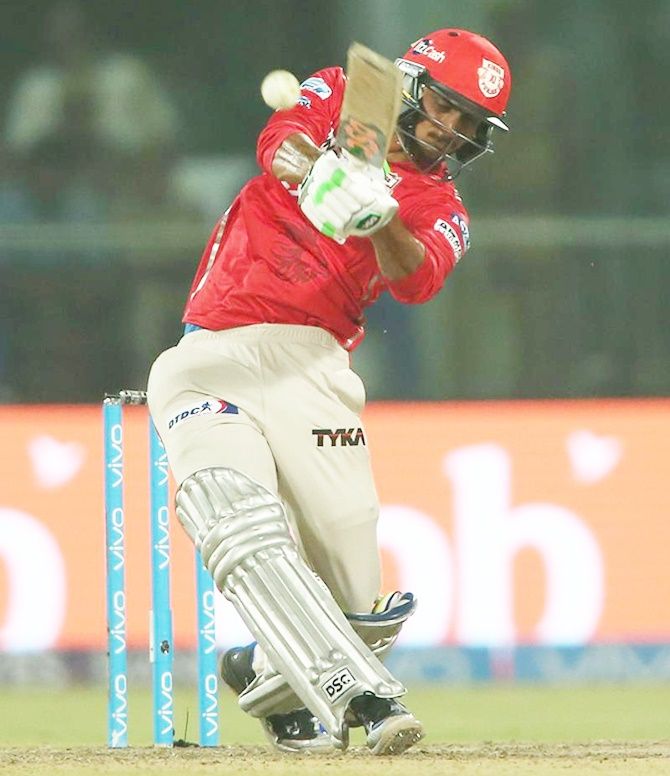 Only Axar Patel gave a semblance of fight against the Delhi bowlers with a 29-ball 44 but by the time the 15th over ended, the asking rate rose above 17 an over with just four wickets in hand. 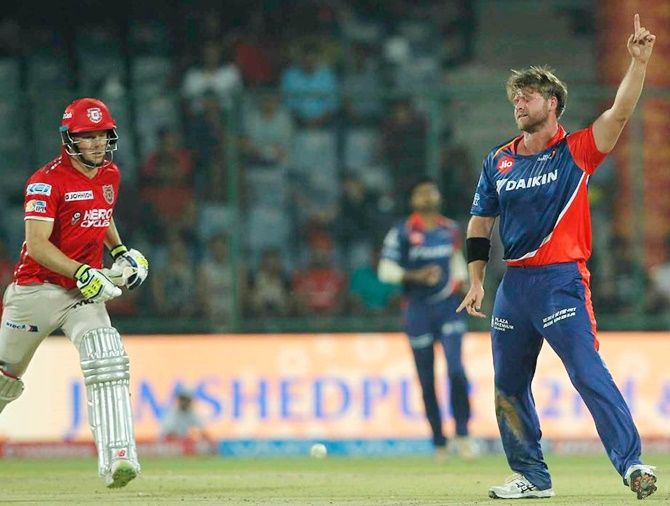 Earlier, the hosts, after a surprise decision to bat first, enjoyed their best start of the season through Billings and Sanju Samson (19) but intermittent wickets hurt them.

Delhi were 83 for two at half-way mark after the opening pair's 53-run stand but from overs 10 to 15, the hosts managed only 37 runs and lost the set pair of Shreyas Iyer (22) and Billings.

From there on, Chris Morris (16 off 8 balls) and Anderson took the onus to get Delhi to a fighting total, hitting some lusty hits towards the end of innings.