Deccan Chargers out of IPL; SC refuses to stay its termination

The cash-strapped Deccan Chargers are out from the Indian Premier League after the Supreme Court refused to stay the Hyderabad team's termination by the Board of Control for Cricket in India.

The apex court, on Friday, declined to interfere with Thursday's ruling of the Bombay high court, which set aside the status quo order passed by an arbitrator on cessation of its membership in the cash-rich league.

The stage is set for filling its slot by fresh auction on October 25.

A bench, headed by Chief Justice Altamas Kabir, dismissed the plea of Deccan Chronicles Holdings Limited (DCHL), promoter of Deccan Chargers, to extend the time till October 25 for furnishing the bank guarantee of Rs 100 crore.

It accepted the BCCI's submission that termination of contract between Deccan Chargers and the Board had come into effect from October 12, the day the high court held that the arbitrator had no jurisdiction to grant status quo and declined to grant extension of time for furnishing the bank guarantee.

- Deccan Chargers fail to give bank guarantee, stare at termination

"The position today stands that the agreement between Deccan Chargers and BCCI is terminated and the effect of extension of time to deposit the bank guarantee will amount to forcing the contract," the bench, also comprising justices S S Nijjar and J Chelameswar, said. 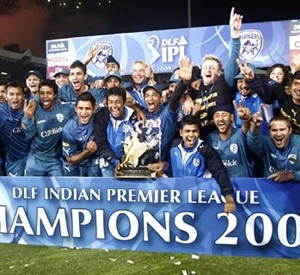 "It has been pointed out by the BCCI about the fact of termination of contract which is effective from October 12. In such circumstance we are not inclined to entertain the Special Leave Petition (SLP)," the bench said, but added that its order will not affect the arbitration proceedings between the Deccan Chargers and the BCCI.

DCHL, which had hurriedly moved the appeal against the high court order, argued through senior advocate Mukul Rohatgi that it should be given a chance to furnish the bank guarantee by October 25 though it had failed in the earlier opportunity.

BCCI counsel C A Sundaram, while opposing DCHL's plea, submitted that the Hyderabad team was heavily indebted and had not paid its players and others associated with it in the last edition of the championship.

Further, he said that DCHL had failed to meet the obligation towards banks and financial institutions.

The high court had set aside the order passed by the arbitrator, retired supreme court judge C K Thakker, for maintaining status quo after BCCI had filed an appeal.

Deccan Chargers lost its place in the IPL after the high court stayed the arbitrator's order for maintaining status quo in the matter till further hearing, while BCCI declared that the termination of the IPL franchise stands following the court's order.

The BCCI had said IPL Season 6 will commence from April 2013.

DCHL's failure to submit bank guarantee of Rs 100 crore of a nationalised bank allowed the BCCI to initiate action in furtherance to the termination.

The BCCI had, on September 15, decided to terminate the contract at an emergency IPL Governing Council meeting in Chennai, which was challenged by DCHL in the Bombay high court.

The court had, on October 1, ordered DCHL to furnish a bank guarantee of Rs 100 crore, bear all expenses for IPL 6, including making payments to BCCI towards franchise, players and support team costs. Besides, it was asked to bear the costs of conducting matches and other expenses. 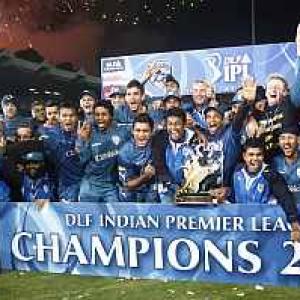