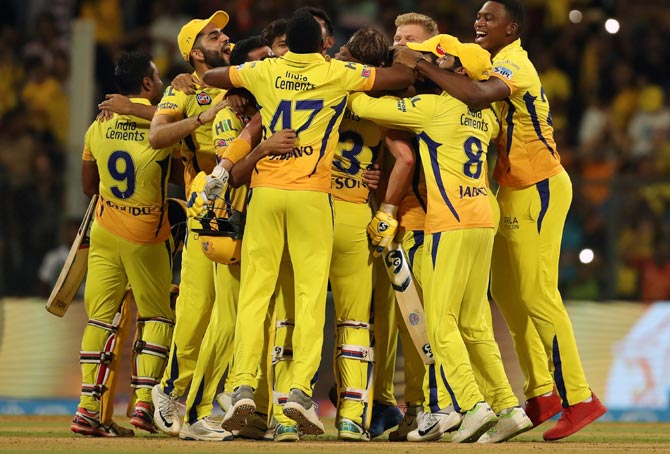 Australian Shane Watson overcame a slow start on his way to an unbeaten 117 to guide the Chennai Super Kings to their third Indian Premier League title with a eight-wicket win over the Sunrisers Hyderabad on Sunday.

Chasing 179 for victory at the Wankhede Stadium, the Mahendra Singh Dhoni-led Chennai eased to the target with nine deliveries to spare to complete a fairytale comeback to the popular Twenty20 tournament.

Chennai, easily the most consistent team in the tournament with four runner-up trophies, returned to the 11th edition having served a two-year ban along with the Rajasthan Royals following a spot-fixing and illegal betting scandal in 2013.

Former India captain Dhoni won the toss and opted to field first and his bowlers never allowed the Hyderabad batsmen to score too freely. 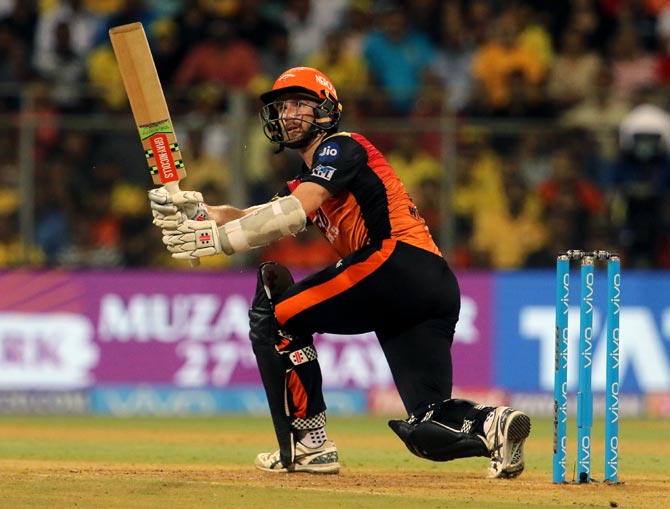 Hyderabad captain Kane Williamson top-scored for his side with a 47 off 36 balls while Yusuf Pathan scored a brisk unbeaten 45 off 25 deliveries to take Hyderabad to 178-6 in their 20 overs.

The total appeared big enough when Chennai started their chase with retired Australian international Watson unable to score off the first 10 balls he faced.

Chennai were 20 for one after five overs and looking down the barrel when the burly opening batsman decided to open his arms.

The 36-year-old peppered all corners of the stadium overlooking the Arabian Sea with powerfully-hit boundaries and ended up with 11 fours and eight sixes in his 57-ball knock. 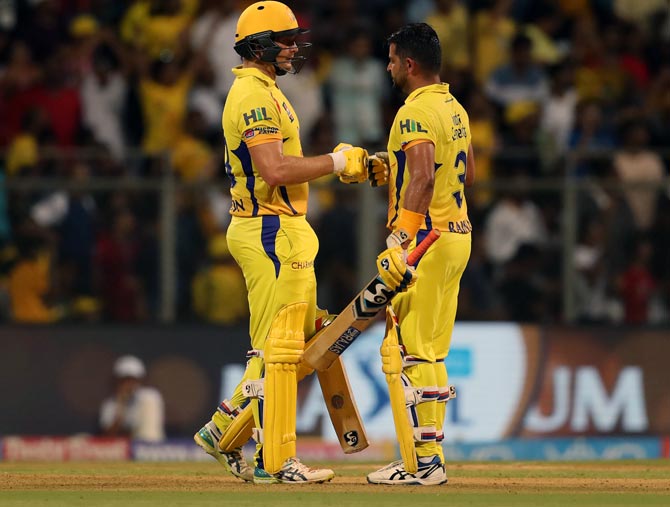 Watson added 117 for the second wicket with Suresh Raina, who scored 32, and picked up a single off teenaged Afghan leg-spinner Rashid Khan to complete his hundred, his second of the season.

Rashid, 19, was the biggest threat to Chennai's chase having single-handedly dismantled the Kolkata Knight Riders in Friday's playoffs with an all-round show. But Chennai kept him wicketless in his four overs while scoring 25.

Chennai had finished behind table toppers Hyderabad in the group stage but defeated them in the playoffs at the same venue on Tuesday. They picked up their third IPL trophy after a gap of seven years.

© Copyright 2020 Reuters Limited. All rights reserved. Republication or redistribution of Reuters content, including by framing or similar means, is expressly prohibited without the prior written consent of Reuters. Reuters shall not be liable for any errors or delays in the content, or for any actions taken in reliance thereon.
Related News: Chennai, Shane Watson, IMAGE, BCCI, CSK
SHARE THIS STORYCOMMENT
Print this article 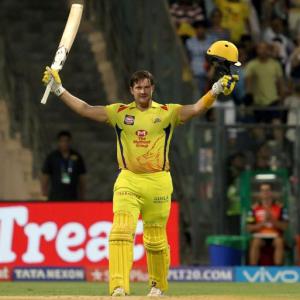 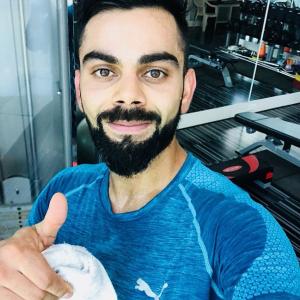 Injured Kohli 'can't do weights yet but can run'