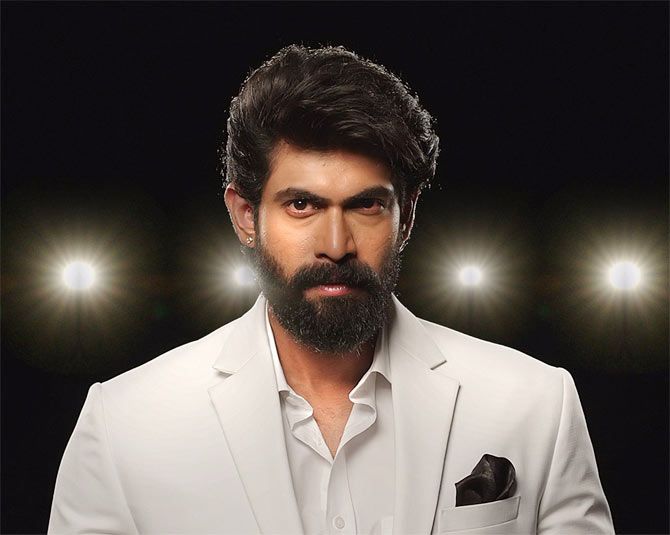 IMAGE: The Mularitharan biopic to be produced by Rana Daggubati will go on floors in December. Photograph: Rana Daggubati/Twitter

Actor Rana Daggubati is set to produce the biopic on celebrated cricketer Muttiah Muralitharan, the makers announced on Tuesday.

The film to be produced under Daggubati's banner Suresh Productions, will see Vijay Sethupathi portray the role of Sri Lankan spin legend.

Rana said he is excited to have Sethupathi on board for the film to be directed by MS Sripathy and co-produced by Dar Media Pvt Ltd.

"Suresh Productions is going to be associated with Dar films in telling the story of a legend through legendary actor -- Vijay Sethupathi as Muttiah Muralitharan... Coming soon," a statement from Daggubati read.

The currently untitled biopic will go on floors in December. The International Cricket Council, on Tuesday, named Michael Gough of England and Joel Wilson of the West Indies in the Emirates ICC Elite Panel of Umpires for 2019-20 season following the annual review and selection process.

Both these umpires have gained significant experience at the international level with Gough having officiated in nine Tests, 59 ODIs and 14 T20Is and Wilson having stood in 13 Tests, 63 ODIs and 26 T20Is. They replace retired umpire Ian Gould and Ravi Sundaram who were part of the previous panel.

Cricket Australia has revamped the schedule for the upcoming 50-over domestic competition as the fixtures were announced on Tuesday.

The tournament will now be played in three different parts. The Marsh One Day Cup will commence from September 21, and it will be followed by the Sheffield Shield which is slated to commence from October 10.

Earlier, the tournament was not divided into three parts and it used to be played at one go.

"We've listened to the states, territories, the ACA and players on what is going to make our cricket system stronger. For the men's One-Day Cup, the key priorities were to play matches in more than one block, have them played on bigger grounds, ideally at our major venues, and play some more matches overall. We believe we have been able to meet these priorities," Peter Roach, Cricket Australia's head of cricket operations said in an official statement.

"From a timing point of view, we need to ensure that we play matches at times of the season to best present and prepare our players for international cricket. At the same time, we need to ensure there is appropriate rest periods between matches and the right opportunities for players to participate in Premier Cricket," he added.

Marsh One Day Cup will have seven matches per team whereas, in the Sheffield Cup, each team will play six matches prior to Christmas.

Cricket Australia also announced the England Lions men's team will be touring Australia in February and early March, and they will play five one-day games and three four-day Test matches.

The Black Caps on Monday named four frontline spinners in their squad for the two Tests, which will mark the beginning of the World Test Championship for both teams.

"We're delighted to welcome Thilan into our environment for the Test phase of the tour," New Zealand coach Gary Stead said in a statement.

"His knowledge of Sri Lankan conditions will be invaluable and he'll offer great assistance to Peter Fulton (batting coach) on his first tour.

"Having an extra support coach worked really well for us at the World Cup where we had Luke Ronchi on board, and we're sure Thilan will also offer a lot to the group."

Middle order batsman Samaraweera, now 42, scored over 5,000 runs from 81 Tests for Sri Lanka at an average of 48.76 with 14 centuries in the format before retiring in 2013. He has worked as the batting coach of Bangladesh and Sri Lanka in the past.

The first Test will start in Galle on August 14 before Colombo hosts the second from Aug. 22.

Sri Lanka will dedicate Wednesday's third and final match of their ongoing one-day series with Bangladesh to Nuwan Kulasekara following the seam bowler's retirement from international cricket, the country's cricket board (SLC) has said.

Kulasekara will be invited to watch the match in Colombo where he will be honoured at a ceremony for his services to Sri Lankan cricket.

"Nuwan Kulasekara has been a vital cog in the Lankan lineup and played exceptional cricket during his time with the national team," SLC President Shammi Silva said in a statement.

"His contributions made on the field brought in a lot of success for the national team. I wish him the best going forward."

He played 21 Tests and was part of the Lankan side that won the Twenty20 World Cup in 2014 and in the team that finished runners-up to India at the 2011 50-overs World Cup.

His retirement follows that of veteran quick Lasith Malinga, who ended his ODI career after the first match of the series against Bangladesh on Friday.

Chasing a massive target of 217, Chris Lynn and Shaiman Anwar provided the best possible start as the duo stitched a partnership of 48 runs. Anwar played a knock of 43 off 21 before he was departed in the 5th over, dismissed by Salman Nazar.

Sunny Sohal and Lynn scored run at a good pace and built a partnership of 117-runs and helped their side cross the 150-run mark. Sohal became a victim of Nazar in the 14th over as he was caught by Manpreet Gony at third-man. He played a quick-fire knock of 58 off 27.

After the dismissal of Sohal, JP Duminy joined Lynn in the middle. Duminy (3) failed to leave his mark and was sent back to the pavilion by Jeremy Gordon in the 16th over.

Lynn held the one end strong to get his team over the line. He amassed 89 runs in 48 balls before he was run-out in the 19th over.

Lynn assured the victory of his side as only six runs were required after his dismissal.

Earlier, Hawks won the toss and invited Toronto Nationals to bat first. Rodrigo Thomas and Chirag Suri opened the inning for the team. Suri (5) failed to leave his mark and gifted his wicket cheaply to Mohammad Irfan in the second over.

Thomas and Heinrich Klaasen stitched a partnership of 41 before the latter got dismissed by Rayad Emrit in the 6th over. Klassen played a brief knock of 15 runs off 10 deliveries.

Skipper Yuvraj Singh came in to bat after Klaasen's dismissal. Singh and Thomas built a stand of 77-runs together. Singh scored 45 runs off just 26 balls before he was bowled by Kaleem Sana in the 13th over.

In the 16th over, Thomas (65) was caught at third man by Irfan off Dwayne Bravo.

Kieron Pollard 52 off 21 provided the big-hitting in the death overs and helped his side to score a target of 217 in 20 overs.

The match between Vancouver Knights and Montreal Tigers in the ongoing Global T20 Canada was called off due to the threat of lightning and thunderstorm on Monday.

The tournament organisers also released a statement as to why the match was called off on the basis of the threat of a thunderstorm.

Montreal Tigers did not get a chance to come out to bat as thunder and lightning played spoilsport.

Earlier, in the match Vancouver Knights had posted 276 runs in the allotted twenty overs, owing to Chris Gayle's knock of 122 runs off just 54 balls, after being put in to bat first.

Openers Gayle and Tobias Visee provided a solid foundation at the top as they stitched together a partnership of 63 runs in just 4.3 overs, but their stand was cut short as Dillon Heyliger dismissed Visee (54) in the fifth over.

After Visee's dismissal, Gayle, along with Chadwick Bolton, put up a 67-run stand to take the team to a position of safety. Bolton (29) was sent back to the pavilion by Sunil Narine in the fifth over, reducing the team to 130/2 in the eleventh over.

Rassie van der Dussen next came out to bat, and he started hammering the bowlers for regular boundaries. Along with gayle, van der Dussen put up a 139-run stand. Dussen was dismissed after playing a knock of 56 runs off just 25 balls.

However, Gayle kept on playing in his aggressive manner and went on to register his century. He enabled the team to go past the 250-run mark and he remained unbeaten on 122. 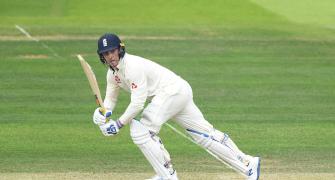 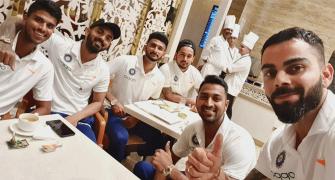 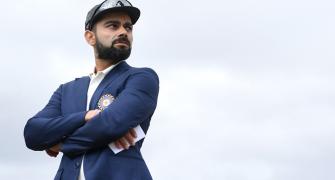 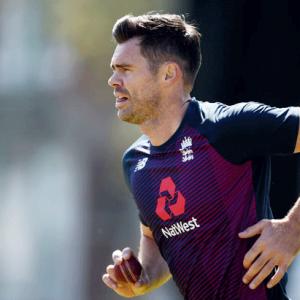 All hopes on Anderson as England batting found wanting