Coronavirus crisis has burst the bubble in which sportspersons exist: Mark Wood

England fast bowler Mark Wood says the coronavirus pandemic has burst the bubble in which sportspersons, at times, live, making them as vulnerable as a common man is to the unprecedented challenges posed by the global health crisis.

The COVID-19 pandemic has so far killed over 80,000 globally and infected nearly 1.5 million and Wood said he too worries about his family's health.

"There are times when professional sportsmen and women exist in our own bubble. The coronavirus crisis has burst that bubble. Instead of thinking about fitness, performance or the next match, our concerns are exactly the same as everyone else's," the 30-year-old wrote in a column for BBC.

"It's a scary time, one that has made me anxious for the health of my family and friends. I've worried about my parents and grandparents. I've got friends who work in the NHS and it's so sad to hear what they are going through, along with all the stress that is being put on hospitals."

"Just because I play cricket for England doesn't make me immune from the challenges the whole country is facing. I've queued up outside the supermarket and I've shaved my head because I'm not sure when I'll next be able to get a haircut," he said. With the pandemic putting countries in lockdown mode to contain the disease, Wood too is at home and he is hoping this break will help him recover from an injury, which had ruled him out of the Sri Lanka series.

"Before the coronavirus crisis ramped up, I had the disappointment of being ruled out of the tour to Sri Lanka ... The side injury is similar to what I suffered in the World Cup final, just not quite as a severe," he wrote.

"It's great when I hear captain Joe Root talk about me being part of the plans for the next Ashes tour, so I'll be doing everything I can to be on that plane in the winter of 2021."

"After all, if my side doesn't heal during a period of lockdown, it never will."

Wood said the injury happened because he ignored the signs when he first felt the uneasiness during the second T20I against South Africa.

"It was my own fault it happened. I felt it in the second Twenty20 in South Africa, but thought I would be OK to play in the third game. It only made it miles worse," he said.

"From my point of view, there are some really encouraging signs. I played a lot of cricket in the World Cup, then in South Africa I was able to play back-to-back Tests."

Currently in isolation like the rest of the world, Wood said he is trying his best to stay 'physically and mentally fresh'.

"England have sent us watches that track running, and each player has an individual programme. I've learnt that there is absolutely no way to cheat the system - even moving my arm around really fast doesn't work," he wrote.

"I've been doing online cycling sessions with James Anderson and Stuart Broad, with those two veterans leaving me behind. I've asked the strength coach why I can't keep up, but he was too polite to say it is because I have legs like a tiny sparrow."

"I haven't quite figured out what my event is yet, but it could be dancing." 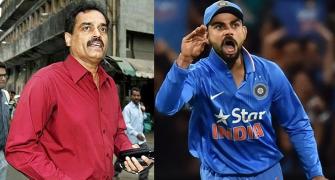 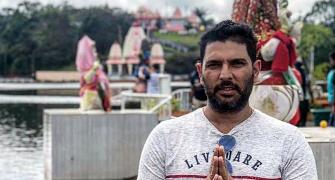 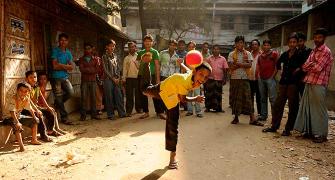 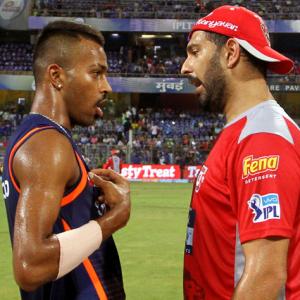