'I think he has got some terrific skills with the ball too. He bowled really in his first game against Chennai and bowled pretty well today also. The kid learns really quickly and that is sign of a really good player and someone who has a great future' Newly-appointed Rajasthan Royals captain Steve Smith was all praise for the 17-year-old Riyan Parag, who was associated in a 70-run fourth wicket partnership with him to lay the foundation of the five-wicket victory over Mumbai Indians in an IPL match in Jaipur on Saturday.

"He (Parag) played with cool head, he is calm, cool and composed. In the previous matches he had batted the same way, he works very hard, he is big and strong young kid. He came out and played with that freedom, saw the ball and hit the ball did not worry about anything, just played the game," Smith said after his side's victory.

"I think he has got some terrific skills with the ball too. He bowled really in his first game against Chennai and bowled pretty well today also. The kid learns really quickly and that is sign of a really good player and someone who has a great future," said Smith about the Assam youngster who showed great application.

Smith also praised Ajinkya Rahane from whom he took over the captaincy on Saturday.

"It is not easy to be told such kind of things but he is a terrific guy. Look at the way he came out and played his shots to give us a decent start. It was the management's decision. I was called and told about the decision and I was bit surprised by it," said the Australian.

"Ajinkya has done a good job in the last year and half. I did have a chat with him.  I am lucky to start with a victory; hopefully we go from strength to strength and have to play every game as final," said Smith who returned to competitive cricket last month after serving a 12-month ban for his involvement in the infamous ball tampering scandal in South Africa.

"My elbow also is better but I can't stretch it completely and I still have to play heavily strapped. Couple of weeks ahead I would be out with full pace. I like to be in action and involved in game. I am getting better and better with each game," said Smith.

Mumbai Indian batsman Suryakant Yadav said his side knew that the first six overs of Rajasthan Royals innings were going to be crucial.

"We had reached a par score on a wicket which was similar to the one we had played earlier. I think Smith and Parag batted really well and did not feel the pressure in the middle and death overs," he said.

"I don't feel that Hardik Pandya and Keiron Pollard were a bit slow in the death overs. They batted the way as they always do. The wicket was not that easy. The runs they could add were very important ones," said Yadav.

On Mumbai Indians' five consecutive defeats against Rajasthan Royals, Yadav refused to concede that luck had any role.

"There is no role of luck. It's hard work which pays dividends. Jos Buttler had played a good knock when we played in the last game and here too they have batted well and have shown character. Hopefully, we will turn it around when we meet next time." 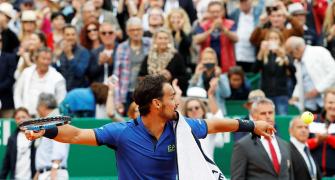 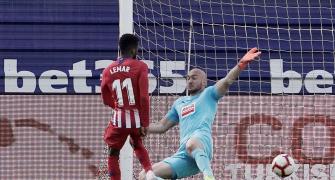 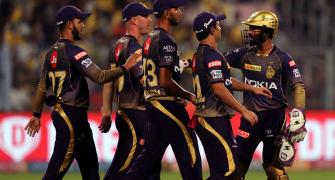 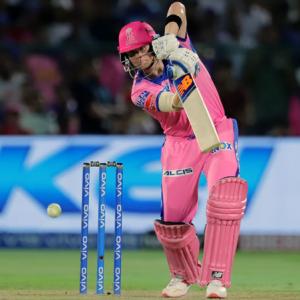 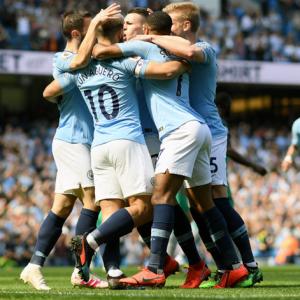