Chappell reasons out why India need Ashwin in Playing XI

'A middle order that reads Jadeja, Rishabh Pant, Pandya and Ashwin should provide the runs expected of that section.'

IMAGE: Tweaking the Indian middle order to accommodate the skills of Ravichandran Ashwin should be a priority for the selectors, reckons Ian Chappell. Photograph: Gareth Copley/Getty Images

The legendary Ian Chappell feels the Indian selectors must prioritise finding a way to "tweak" the team's middle order to accommodate the proven Ravichandran Ashwin in the playing XI.

The former Australian captain's contention is that the veteran off-spinner all-rounder has proved himself as a "fine bowler in all conditions" and deserves a place in the team.

"India's best combination includes R Ashwin. He is a fine bowler under all conditions, as he proved in Australia, so India need to find a way to fit him into the XI," Chappell wrote in his column for ESPNcricinfo.

"Tweaking the Indian middle order to accommodate the skills of Ashwin should be a priority for the selectors," he added.

Chappell said the Indian team has got "substantial depth", something that makes them the formidable outfit that they are at the moment, adding that the thought that they can still improve is scary.

"There's no doubt that India are a very good all-round team. They have conclusively proved it by winning consecutive series in Australia and now having had success in England, albeit COVID-affected, while they are virtually unbeatable at home.

"It's a scary thought for the other Test sides that Virat Kohli's highly successful team can be improved."

The Indian team management preferred the left-spinner all-rounder Ravindra Jadeja over Ashwin in the Test matches in England.

The presence of Jadeja, Ashwin, Hardik Pandya and Rishabh Pant together will make for a very strong lower middle order, the Australian great said.

"In trying to find a balance between the right and left-hand batters in the middle order at The Oval, they may have inadvertently stumbled on the solution -- Ravindra Jadeja at No. 5."

London's Oval was the venue for the fourth Test between India and England.

"If Jadeja proves good enough to hold down that spot in the order, the other piece required to complete the puzzle is a seam-bowling all-rounder. The ideal player would be a fully fit Hardik Pandya, but they do have a second choice in Shardul Thakur.

"A middle order that reads Jadeja, Rishabh Pant, Pandya and Ashwin should provide the runs expected of that section.

"With three fast bowlers to follow, the batting is then supported by a versatile attack. That's the advantage of having a strong, well-balanced attack -- you don't need huge scores to chase victory."

That places could be interchanged, is another advantage India enjoy in the middle order, Chappell believed.

"The other good point about that middle order is that it's interchangeable. Skill-wise, Pant is the best batter of that lot. He's capable of restraint when the situation demands, so he could easily handle No. 5, especially when India bat first.

"However, if he's had a long stint in the field, he could slide down the order to allow Jadeja to come in at five. Pandya also has the potential to handle No. 5, and given encouragement, he could fulfil the role.

Chappell feels "another attribute is their powerful stroke-play."

"The ability to accelerate the scoring rate is essential in Test cricket and those three are an ideal combination to take advantage of a good start to the innings.

"They are also a perfect fit for situations where the team is either chasing or setting a target." 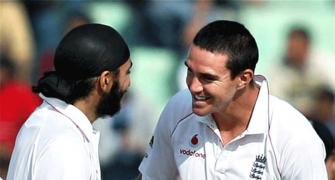 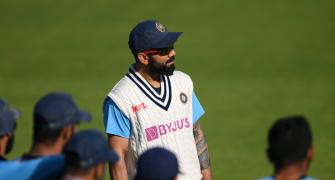 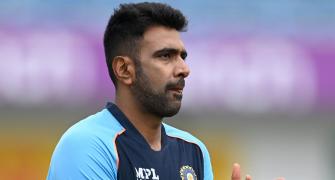 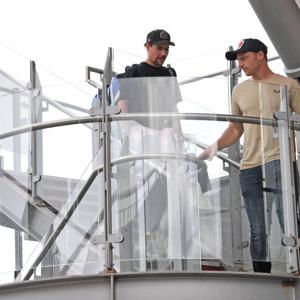