News
Business
Movies
Sports
Cricket
Get Ahead
Money Tips
Shopping
Sign in  |  Create a Rediffmail account
Rediff.com  » Cricket » We've failed to get our game together so far: McCullum

We've failed to get our game together so far: McCullum

Kolkata Knight Riders' loss to Auckland Aces on Monday match left New Zealand batsman Brendon McCullum with mixed emotions. On the one hand, he felt gutted for his IPL champion team but on the other, he was glad to see a New Zealand side doing well.

"They were the enemy today, but from a New Zealander's point of view, it's a good thing that a team from there does well," McCullum said. 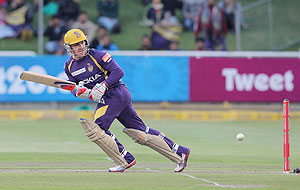 "They've dominated the domestic T20 competition for the last two years and have spent plenty of time here in preparation.

"They're playing some excellent cricket. It's great to see from that they are winning games in this tournament and hopefully New Zealand's involvement in CLT20 continues."

Reflecting on his team's performance, McCullum said KKR have not yet realised their full potential.

"We're starting off very slowly and also the conditions are very different from back in India. We've failed to get all three aspects of the game together so far.

But we're not out of the competition yet; we need certain things to go our way and we'll play a lot better in the next two games. We're not quite there at the moment," he said.

"We've got two big games to go and we can't be too harsh on ourselves. That will only make it more difficult for us to improve our game in the coming games."

McCullum defended the decision to leave out speedster Brett Lee despite the conditions being pace-friendly.

"Brett would've bowled very well on this wicket but we have the constraint of playing four overseas players, which makes it a bit tough to find the right balance.

"We were looking to shore up our batting with Shakib in the team. Shakib's an excellent player as well. But it's one of those things that we'd have done differently in hindsight."

McCullum said it is tough for the batsmen to get going on tracks here.

"These are pretty trying conditions. Sometimes, on wickets like this you do need a little bit of luck and unfortunately we haven't had that in the first two games. Even very good batsmen can be susceptible on these wickets," he explained.

Talking of Jacques Kallis's lack of form hurting the team, McCullum said, "Jacques was injured last game and retired hurt. Today the way he got out (outside edge to Azhar Mahmood's in-swinger) only he could've nicked that ball -- he's so good. I'm sure he'll be among runs in the next two games. His bowling has been outstanding." 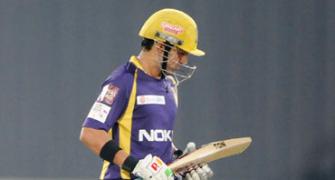 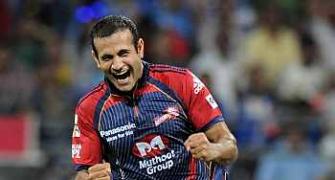 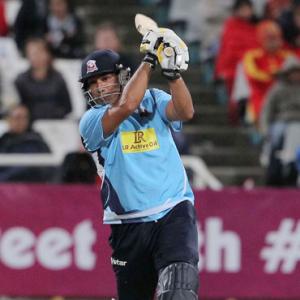 Kolkata will look to bounce back against Auckland