'I think it is just one way to make sure that everyone knows the correct decision has been made or not. The umpire's call bit everyone understands because they are the people who are given the job to make decisions and it is respected even in the DRS System.'

'We as a team have only played two Test matches with DRS. And I can't analyse the progress in the span of eight days.' 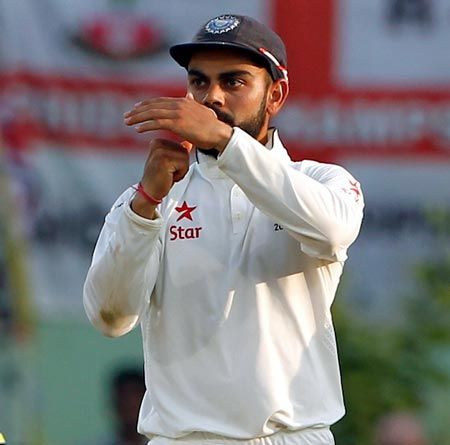 The umpire's call criteria in the Decision Review System for some close LBW decisions has been a topic of discussion for some time but India captain Virat Kohli is happy with the technology in its current form.

In its current form, any decision taken by the on-field umpire on leg before being referred to the third umpire is referred back if the ball tracker shows that the ball is only grazing the off and leg stumps.

"I think it is just one way to make sure that everyone knows the correct decision has been made or not. The umpire's call bit everyone understands because they are the people who are given the job to make decisions and it is respected even in the DRS System. I think that is pretty fair. A lot of people don't understand that," Kohli said on Friday, making his stand clear on the matter.

"If the on-field umpire has made the call, then obviously the benefit has to go to him, what his vision of the decision was and then DRS just confirms that particular decision. If it is really, really off, then DRS corrects it but if it is marginal, then you got to respect it. That's all it does. I think it clarifies the decision that is made on the field. I think that is absolutely fine."

Asked if he is happy with it, Kohli said: "Yes, I am pretty happy with it. It just confirms the decision that has been made on the field. And if you want to challenge the umpire, it is not just you telling him that he could have made a different decision, you have the option of checking it again and figure out if it is wrong or right. I think it is pretty fair for the game."

India have now played two Tests with the use of DRS but Kohli said that it is too early to judge as to what kind of progress the Indian team has made in terms of usage of the technology.

"I think we need to have a bit more patience with that particular aspect. We as a team have only played two Test matches with DRS. And I can't analyse the progress in the span of eight days. It is not something that is going to drastically change, something that is going to keep going on in one direction. We will analyse over a period of 12 months as to how we have used it. A span of eight days is too less to judge, I feel," the skipper elaborated.

The captain said that while the whole team needs to be aware, it is the wicketkeeper and the bowler who play the main part when it comes to referral.

"But obviously the wicketkeeper and the bowler are the main people involved who have the best sight of where the ball hit the pad or if they heard the sound of the bat. The close-in fielders play a massive role as well, as you saw with KL's (Rahul) dismissal. It was Hameed who actually convinced the bowler that he heard something which someone else might not have. So I think it takes awareness of all the people around the bat, especially those close to the batsman, to understand what happened and give the right kind of feedback."

That Kohli has done his homework was understandable when he said that batsmen who are going for a review or the fielding team should be aware that 15 seconds time limit starts only when the ball is dead which effectively means that anyone has more time than the prescribed limit to go for a referral.

"People don't realise after the ball is declared dead is when the 15 seconds start and not before. So those are the sort of things we will be more aware of going forward but a span of two games is very little to judge how we have gone so far with DRS," he explained. 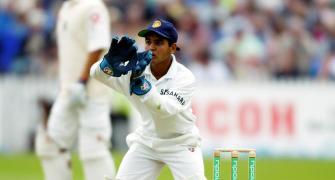 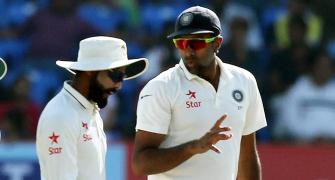 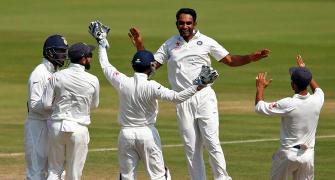 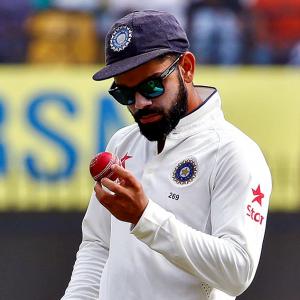