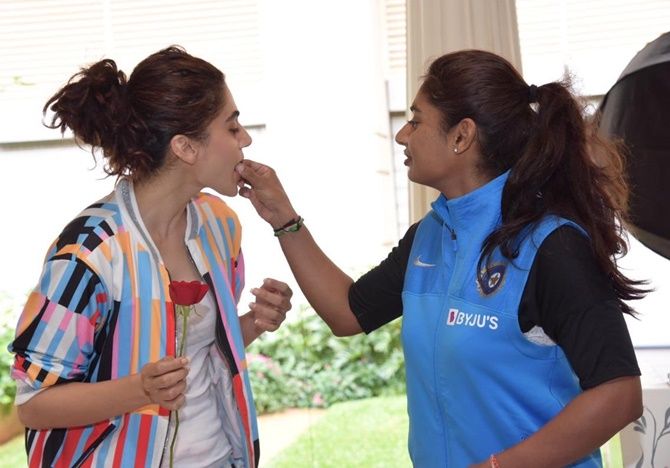 Shabaash Mithu will go on the floors soon.

'I don't think I want to trade this place with anyone else right now. She has always been brave and strong to back truth and her idols, and that is the connect I feel with her. The way she changed the way women's cricket is perceived and seen in India is truly a story worth telling,' the actor said in a statement. 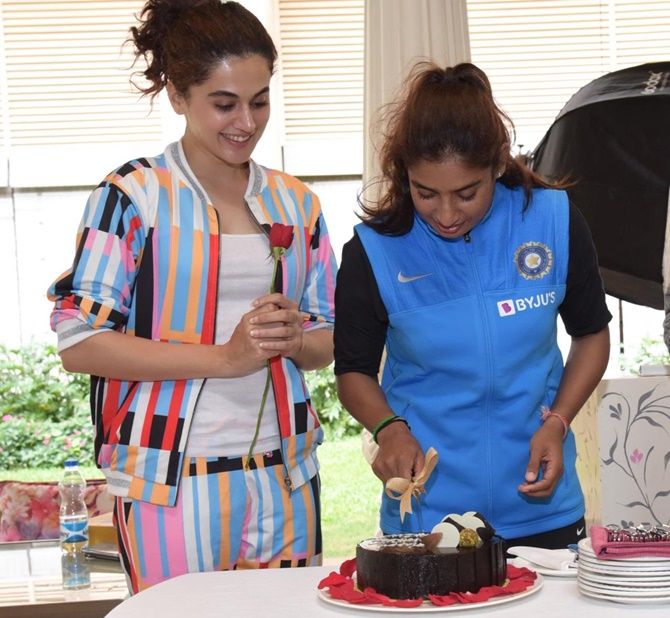 On Mithali Raj's 37th birthday, Taapse tweeted, 'The Happy Birthday Captain @M_Raj03. On this Birthday, I don't know what gift I can give you but this promise that I shall give it all I have to make sure you will be proud of what you see of yourself on screen with #ShabaashMithu'.

The Naam Shabana actor assured Mithali that she is all prepared to learn the 'cover drive'.

Announcing the film on Mithali's birthday, Ajit Andhare, COO, Viacom18 Studios, said the story idea struck him about a year ago while watching the movie Hidden Figures. 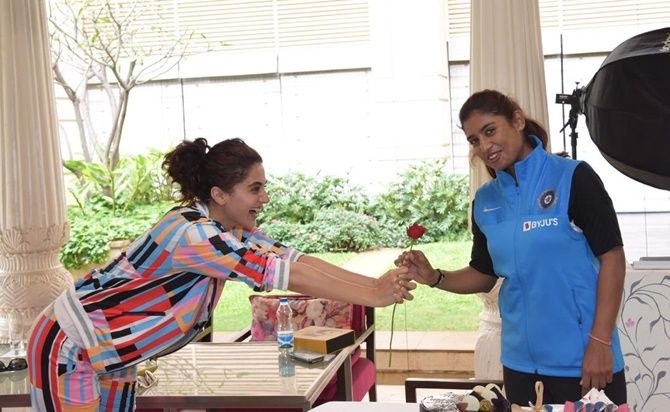 IMAGE: Mithali Raj said with the film, she will get a bigger platform to reach young women who are dreaming to make it big. Photograph: Taapsee Pannu/Twitter

"After securing the rights we worked with several external writers to develop the script. However, it was our own creative director Priya Aven who cracked the script. So, it's a completely home-grown film for us. Mithali Raj is a name that stands for women power in the world of Indian cricket."

"Playing her will be the fearless Taapsee Pannu, who is not just a powerhouse of talent but also the face of the new age woman in Bollywood. Proud to bring this untold story of rise of Indian women cricket to life on screen," Andhare added.

With the film, Mithali said, she will get a bigger platform to reach young women who are dreaming to make it big.

Mithali Raj is Indian women cricket team's senior-most player. She is the highest run-getter in ODIs with 6,622 runs at an average of 51.33, including seven hundreds.

Mithali made her ODI debut way back in 1999 and has featured in 200 games out of the 263 ODIs India have played. 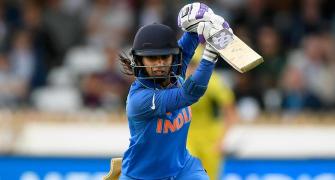 Mithali Raj retires from T20Is to focus on 2021 WC 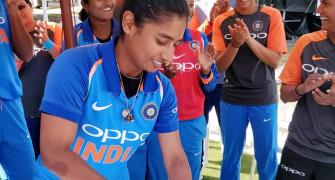 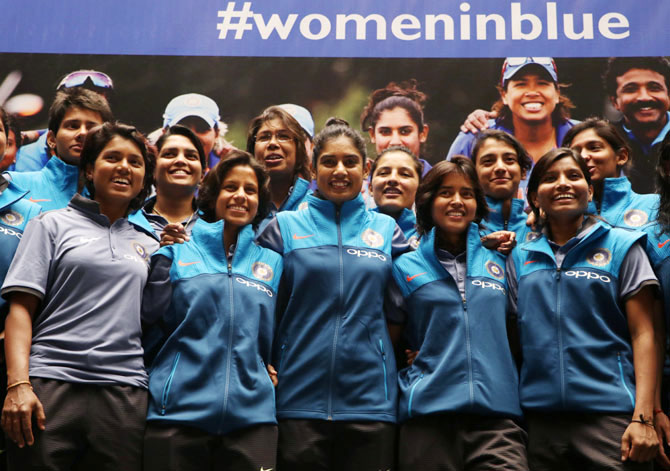