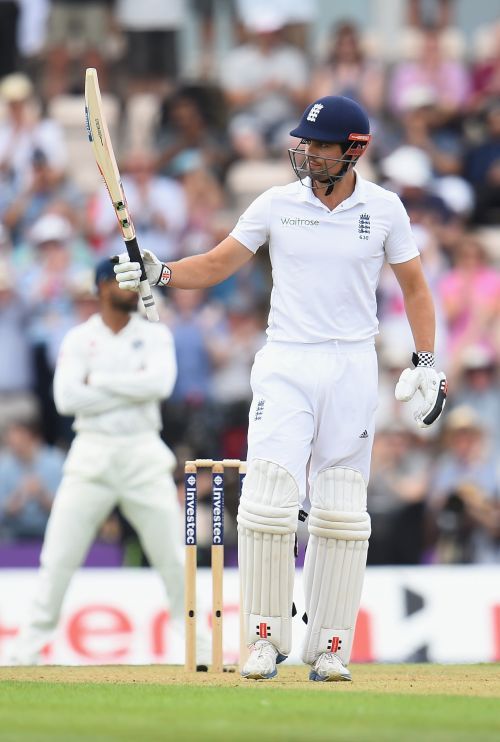 The 32-year-old, who led the England side for a record 59 Tests, stepped down as captain on Monday following much speculation over his future in the wake of his side humiliating 0-4 defeat at the hands of India in the five-match series.

Cook had first discussed his decision with the Board Chairman Colin Graves before confirming his continuing commitment to playing Test cricket for the country to Director of England Cricket, Andrew Strauss, and the selectors.

The opening batsman is currently England's most prolific Test batsman with 11,057 runs in 140 matches till date, and Botham feels that giving up captaincy would give Cook the freedom to smash Tendulkar's all-time record of 15,921 runs before his playing career ends.

"Cooky is the one player who has any realistic chance of challenging Sachin Tendulkar's run-scoring feats and I wouldn't put it past him to set a global standard for others to chase," cricket.com.au quoted Botham as saying.

"He is still a young man. He has made his last decision as England captain and it may yet prove to be one of his best. He will get a new lease of life as a batsman and be able to churn out more runs than any England player ever thought possible," Botham said.

Tendulkar was 40 when he bid adieu to Test cricket, while the other four leading run-scorers in the game's history -- Ricky Ponting, Jacques Kallis, Rahul Dravid and Kumar Sangakkara -- were all 37 or older when they retired.

Having turned 32 last year, Cook certainly has time to conceivably play on for another five years or possibly more, if his form and fitness warrant continued selection in the side.