Pakistani umpire Aleem Dar will break Steve Bucknor's record of officiating in most Test matches when he stands in the first Test match between Australia and New Zealand, beginning in Perth on Thursday.

The 51-year-old, who took up umpiring after a decade of playing first-class cricket in Pakistan, made his debut in Dhaka in 2003 during England's tour of Bangladesh and will be standing in his 129th Test match as on-field umpire after.

"This is one milestone I had never thought of when I began my umpiring career. It is a truly amazing feeling and a high point of my life when I take the field here in Australia; thousands of miles from where I started my international career at home in Gujranwala," said Dar in an ICC statement.

"Steve Bucknor was my idol and it is only sinking in now that I will have officiated in more Test matches than him. In the nearly two decades of my international career, I have had the good fortune of watching some memorable matches and achievements like Brian Lara's Test knock of 400 not out and South Africa's epic chase of Australia's score of 434 in an ODI in Johannesburg in 2006," he added.

Starting his international career in 2000 during Pakistan's home ODI series against Sri Lanka, Dar has officiated in 207 ODIs and is only two matches shy of the record of 209 matches in that format held by Rudi Koertzen of South Africa. Dar has also officiated in 46 T20 Internationals.

Pakistan and Bangladesh might feature in a day-night Test during the latter's tour to the neighbouring nation in January next year for the two-match series of the ICC World Test Championship.

Pakistan Cricket Board (PCB) CEO, Wasim Khan said that they had sent a proposed itinerary of the series to their Bangladesh counterparts (BCB), suggesting that one of the two Tests be played as a day-night affair in Karachi.

The BCB officials, on their part, have said that they will be able to give confirmation for the tour in a week's time after seeking clearance from their government.

PCB Chairman Ehsan Mani has made it clear that Pakistan doesn't want to play its home series at any neutral venues in future.

"If any team has any objection to playing in Pakistan they have to give us a valid reason for this. We now intend to play all our home series in Pakistan," Mani had said.

Wasim Khan said that the PCB is confident Bangladesh will send it's team for the two Tests and three T20 Internationals.

"We have also invited South Africa, Afghanistan and Ireland to tour Pakistan and we might host one of them sometime after the PSL in March," he said.

Pakistan has never hosted a day-night Test match as no five-day game was held in the country since the last 10 years after terrorists attacked the Sri Lankan team in Lahore in March 2009, leaving six Pakistani policemen and one civilian driver dead.

Pakistan is hosting its first Test in a decade from Wednesday in Rawalpindi against Sri Lanka.

Wasim said day-night Tests were a practical step towards reviving the longer format of the game and Pakistan would also now like to play at least one Test of a series with the pink ball at home.

Wasim also made it clear that the disbanded Cricket Committee would be appointed afresh with an independent Chairman by January.

Former Pakistan captain Wasim Akram, who was a member of the defunct cricket committee which recommended the sacking of Mickey Arthur and his team of coaches after the World Cup, is said to be a strong candidate to be appointed as head of the new panel.

"The PCB Chairman and CEO will sit down soon with Wasim and discuss the situation with him. They will also take his feedback on which other former players should be inducted on the cricket committee,” a reliable source in the PCB said.

Stokes says will be fit to bowl in South Africa

All-rounder Ben Stokes is confident he will be fit to bowl in England's upcoming five-Test series in South Africa after undergoing scans on his troublesome left knee.

Stokes felt pain during the opening day of the second Test against New Zealand and did not bowl again that day, though he did return later in the match to bowl a further 25 overs.

"I got some scans when we got back in England and there's nothing really showing up on the MRI scans, which is good news," the 28-year-old told British radio station TalkSport.

"I just need to toughen up I guess but it's alright and it's just treatment now. I will be fine to bowl."

Stokes had surgery to repair torn cartilage in the same knee in 2016. The first Test of the series begins at Centurion on December 26. 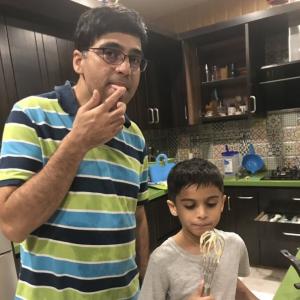