News
Business
Movies
Sports
Cricket
Get Ahead
Money Tips
Shopping
Sign in  |  Create a Rediffmail account
Rediff.com  » Cricket » 'Buttler one of the best players in the game'

'Buttler one of the best players in the game' England captain Eoin Morgan says explosive opener Jos Buttler is one of the few T20 players who are taking the modern game to next level with their exceptional skills.

Buttler pulverised the Australian bowlers with his blistering 32-ball 71 to fashion England's dominating eight-wicket win against the Ashes rivals in the T20 World Cup on Saturday.

"He's certainly one of our players -- there are a few of them, that are at the forefront of change in the game," Morgan said of his team mate.

"He's one of the best players in the game but yet he's still trying to improve his game and get better against every single bowler that he faces."

Buttler has scored 113 runs so far in England's campaign staying unbeaten in two of the three matches.

Morgan said Buttler does not target that bowlers that are easy prey for him but he is now trying to dominate anyone bowling at him.

"It's not just targeting bowlers that might suit him, it's every bowler. When you've got guys that are at the forefront of change within the game and like positive change, taking-the-game-forward type stuff, it says a lot about the guy," he said speaking highly of the 31-year-old.

With three victories in as many matches will certainly make them a strong title contenders but Morgan they still are second-favourites behind India, without taking name of the Virat Kohli-led side.

"I still think that's the case (second favourite). Obviously chasing in all three games has its advantages. I think the way that the bowlers have bowled has been outstanding.

"The favourites in the tournament have only played one game. You can't just judge one team on one particular game. They probably have a lot more to show as conditions probably get tougher. "

India, who lost to Pakistan in their opening match, take on New Zealand in their second match on Sunday.

Morgan also defended his decision to not hand the ball to spinner Moeen Ali in the match against Australia.

"It's just a reflection on my captaincy. The match-ups at the time didn't suit. They do suit for some of the Australian players, but they were already dismissed, and I thought that worked really well.

"Moeen is quite a relaxed guy and knows the role that he plays both before the game and during the game. That's always communicated across all of the bowling unit.

"We try and adapt and talk about what might work on the wicket against different players, and today unfortunately he wasn't needed," he said.

Attacking someone over religion most pathetic: Kohli 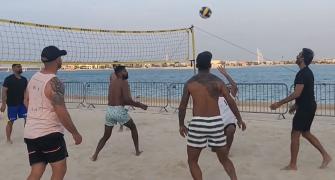 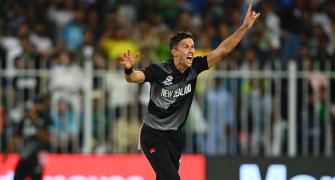 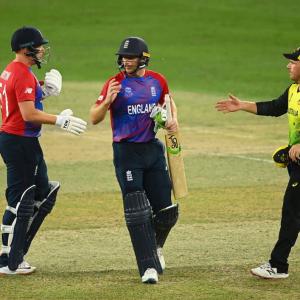 PIX: England on brink of semis after thrashing Aussies 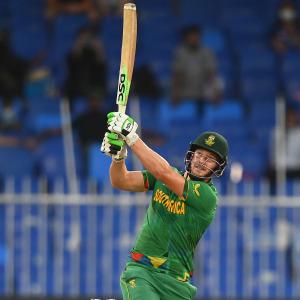