Cracking the whip on cricketers caught in a Indian Premier League spot-fixing scandal, the Board Of Control for Cricket in India imposed a life ban on pacer T P Sudhindra but handed lighter punishments to four other domestic players who were also exposed in the TV sting operation.

The decision to ban the players for varying degrees was taken by the BCCI's disciplinary committee, headed by its president N Srinivasan, which met here to discuss the report submitted by Ravi Sawani on the matter.

While the 28-year-old Sudhindra was the worst hit as his career seems all but over, Shalabh Srivastav was banned for five years. Mohnish Mishra, Amit Yadav and Abhinav Bali were banned for a year each, according to BCCI sources.

The television sting operation had claimed that they agreed to shadowy deals in the IPL and other matches.

Three of the five players -- Sudhindra, Mishra and Bali -- were attended the meeting to present their points of view before the panel whose other members are Board vice-presidents Arun Jaitely and Niranjan Shah.

Five uncapped Indian cricketers were alleged to have been caught indulging in corrupt practices, including spot-fixing, by a TV channel which conducted a sting operation during this year's IPL.

BCCI had asked its Anti-Corruption Unit chief Ravi Sawani to conduct a probe in the matter and he submitted his report to Srinivasan a few weeks back.

The five players were suspended with immediate effect after the sting operation was aired.

Television channel India TV had claimed to have blown the lid off "murky deals" in the IPL among players, organisers, owners and big guns of Indian cricket.

According to the channel, its operation revealed that spot-fixing is not only prevalent in IPL but also that first class matches are fixed and women played an important role in match-fixing.

Four of the five players suspended had previously played in the rebel Indian Cricket League.

Medium pacer Sudhindra, who had played for Delhi Giants in the ICL, helped Madhya Pradesh gain promotion to Ranji Trophy's Elite Division in the 2010-11 season.

He surprised everyone in his first season in the big league, ending the 2011-12 season as its highest wicket-taker and earning himself a contract with the Deccan Chargers in the IPL.

Madhya Pradesh middle-order batsman Mishra too played for the Delhi Giants in the rebel Indian Cricket League before gaining amnesty form the BCCI. Signed by Deccan Chargers in 2010, 28-year-old Mishra moved to the newly-formed Pune Warriors in 2011.

Uttar Pradesh left-arm seamer Srivastava was India's highest wicket-taker at the victorious Under-19 World Cup in Sri Lanka in 2000. After severing ties with ICL team Delhi Giants, Srivastava was signed up by Kings XI Punjab in 2011.

The 22-year-old Yadav, an all-rounder, bats right-handed and bowls off-spin for Goa. He has played 14 first-class matches, scoring three half centuries and taking 41 wickets at 23.75. Yadav was on Kings XI Punjab's roster but hasn't made his IPL debut yet. 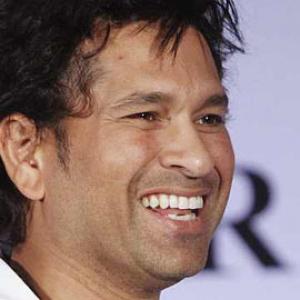