The Indian Cricket Board on Monday reacted strongly to Bal Thackeray's criticism of Sachin Tendulkar for his 'Mumbai is for all' comments, saying the Shiv Sena chief should be brought to book as his verbal attack on the batting maestro was uncalled for. 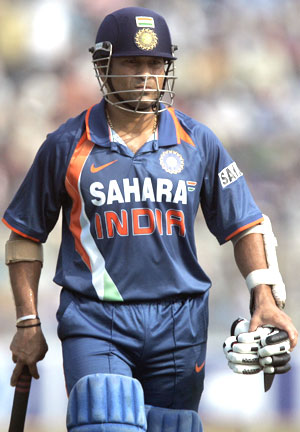 In an interaction with the media on completing 20 years in international cricket, Tendulkar had said, "I am a Maharashtrian and I am extremely proud of that. But I am an Indian first. And Mumbai belongs to all Indians."

"You were not even born when the 'Marathi Manoos' got Mumbai and 105 Marathi people sacrificed their lives to get Mumbai," Sena mouthpiece Samana quoted Thackeray as saying.

The BCCI reacted sharply to Thackeray's statement with its finance committee chairman and spokesperson Rajiv Shukla saying that the Shiv Sena chief was talking like Mohammad Ali Jinnah.

"These kind of comments are completely uncalled for. Shiv Sena people have no business to talk like this. Tendulkar is a nationalist. He is for Maharashtra, he is for India. If somebody calls himself an Indian, is it a crime?" he fumed.

"No Marathi will support Shiv Sena if they talk in these terms. Tendulkar has spoken like an Indian, like a nationalist. They don't understand this. In order to get some votes, they are trying to provoke feelings. These people should be brought to book," Shukla added.

"Maharashtrians don't like such utterances. Only a handful of people will support this. Majority of them won't like this. They want to be called Indians first."

Thackeray said Tendulkar "left the crease and moved to the pitch of politics by making these remarks which have hurt Marathis".

To this Shukla retorted, "This is the same language that Mohammad Ali Jinnah spoke. Whole of India and all Maharashtrians, excluding a few Shiv Sena leaders and leaders of Raj Thackeray's party, are with Tendulkar." 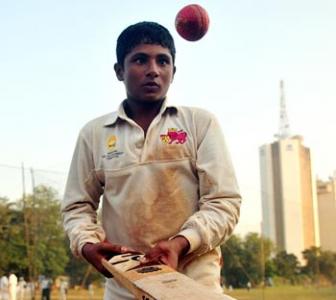 MNS is the only reason we lost: Munde