Activists of Himachal Pradesh Youth Congress today burnt an effigy of BJP MP and BCCI Secretary Anurag Thakur for his alleged links with a Chandigarh-based bookie even as the state Congress Committee has urged the BCCI to take against him. 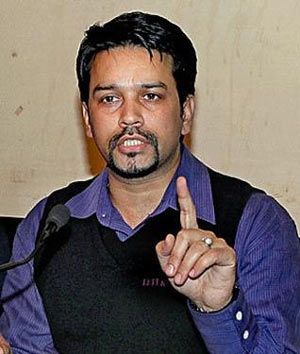 He urged BCCI to take strict action against Thakur to send a strong message to all office bearers against socialising and keeping relations with bookies to protect the image of cricket from getting tarnished with allegations of match fixing and betting.

"It is well known fact that cricket is a glamorous sport which had been marred by controversies relating to match-fixing by bookies," Chauhan said.

He asked Thakur who is also the president of Himachal Pradesh Cricket Association (HPCA) to clarify his stand on the issue of his alleged relations with the bookie, who is also on the radar of Anti Corruption and Security Unit of ICC.

"Thakur who is seen socialising with bookie Karan Gilhotra at a function in Chandigarh should explain to general public and also to the cricket fans as to what is the nature of his relations with the bookie,” he said.

Meanwhile, Himachal Bhartiya Janta Yuva morcha(BJYM) has criticised the Youth Congress activists for burning the effigy of Thakur and alleged that that his name has been linked to a bookie by former BCCI president Srinivasan under a conspiracy to sully his image.

They also accused Srinivasan of indulging in politics of revenge.

Strongly reacting to the action of Youth Congress workers, state BJYM president Sunil Thakur and spokesperson Karan Nanda said that Srinivasan had deliberately named him and tried to link him with an unidentified bookie to tarnish his image.

They asked IYC president Vikramaditya Singh to reply to allegations levelled against him and his family before making allegations against others.

Sunil Thakur and Nanda said that Anurag Thakur has written to Srinivasan too, raising doubts about the credentials of the so called bookie and said that he had known him in politics and cricketing activities in Punjab and adjoining areas and had no knowledge or clue about his activities as suspected bookie.

Anurag Thakur has also asked Srinivasan to share the information about other suspected bookies so that they could stay away from them. 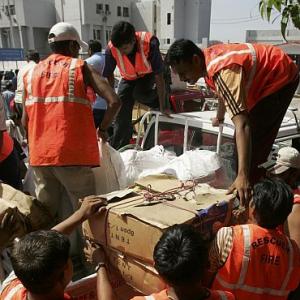 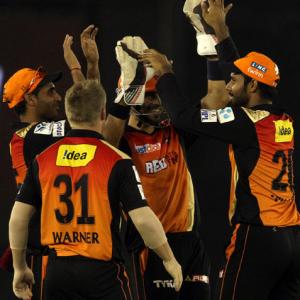