BCCI questioned by Lodha committee over conflict of interest, finances

The Supreme Court-appointed committee, headed by former Chief Justice of India R M Lodha, which was assigned to make administrative reforms in the Board of Control for Cricket in India, has sent out a questionnaire containing more than 80 queries under seven sub-heads to office-bearers of the cricket body. 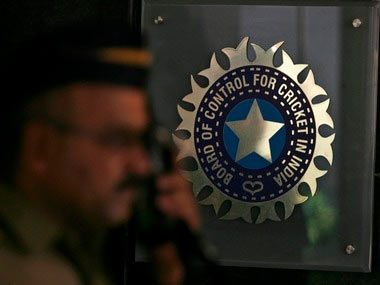 The committee, comprising Lodha and former Supreme Court judges Ashok Bhan and R V Raveendran, has enquired about various issues related to the BCCI, ranging from conflict of interest, audits, accounts, finance to oversight and transparency.

While the questionnaire has been sent to the BCCI top brass, one of the officials was able to answer only 35 of the 82 questions.

Some of the significant questions asked by the committee come under the 'conflict of interest' section.

Under section VI, sub-head 6.1, SC appointed committee enquired: When a player/team official of an IPL team is the employee of the franchisee/owner of another team, does BCCI perceive a Conflict of Interest? What steps are taken prevent such situations?

The answer provided, states: "Only after the present case of conflict of interest with respect to India Cements/CSK/N.Srinivasan has the public been aware of such an arbitrary attitude prevailing in the BCCI."

However, two more questions on the issue went unanswered.

They are 6.2: What steps have been taken by BCCI/IPL and the constituents to ensure that there is no conflict of interest between those who govern each of these entities and those are involved in their professional management? What sanctions have been laid down for suppressing information regarding the above? and 6.3) Have steps have been taken to ensure there are no conflict of interest issues and that Board/IPL representatives do not have relatives/associates selected for garnering these contracts?