C B Series: Only Kohli among 10 most valuable players

Srinivas Bhogle and Purnendu Maji present the most valuable players in the just-concluded tri-series Down Under. Sachin Tendulkar is way down in the table, and Virender Sehwag even lower!

The Commonwealth Bank Series was a disaster for India. Only one Indian (Virat Kohli) figures in the list of the ten most valuable players (MVP), and only two Indians (Kohli and Gautam Gambhir) figure in the top 20 list. It was that bad!

David Hussey ( MVPI of 670) is just ahead of the Tillakaratne Dilshan (662); Hussey had a much better strike rate than Dilshan and also took a few more wickets.

The other Sri Lanka players who excelled were Nuwan Kulasekara (541), Kumar Sangakkara (515), Angelo Mathews (484) and the captain Mahela Jayawardene (483).

For India the table makes painful viewing. Sachin Tendulkar is way down in the table, and Virender Sehwag is even lower! If this is a shock, look at who is last on the table!

It has been a disappointing season for India after the heady triumph at the 2011 World Cup. Only Virat Kohli has improved his reputation. He is also India's top run-scorer with 1279 runs, followed by Suresh Raina with 719 runs. M S Dhoni has generally performed well; he might have been second in the table if he had played more matches this season.

Three bowlers, R Ashwin, Ravindra Jadeja and Vinay Kumar have topped the 20 wicket mark this season. But in an undistinguished season so far, the bowlers have been as disappointing as the batsmen. India is missing Yuvraj Singh; without him it seems hard to win matches, and it would certainly have been impossible to win the World Cup. 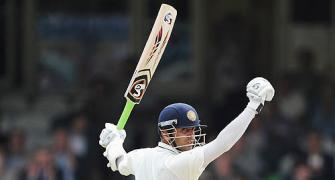 Staggering figures on 'The Wall' 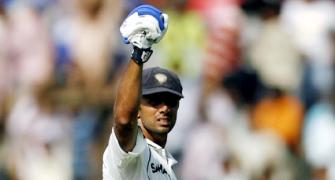 For Dravid, it's always about self-respect 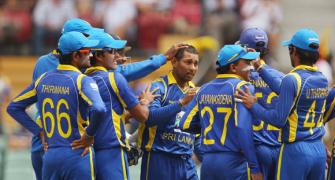 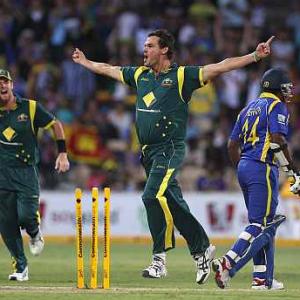