Xavier Doherty hardly troubled the Indian batsmen but Australian coach Mickey Arthur defended left-arm spinner's inclusion in the side, saying he was the best choice keeping in mind the way hosts handle off-spinners.

Doherty and off-spinner Glenn Maxwell were included in the team for the second Test match in Hyderabad as they replaced Nathan Lyon and Mitchell Starc.

Doherty failed to make any impression on Day 2, giving away 85 runs in 26 overs and never even looked like getting a wicket.

"Primarily, we wanted a left-arm spinner. We looked at Chennai and thought that the Indian middle-order played the off-spin particularly well. We wanted somebody who could turn it away as our primary resource, which gave Xavier an opportunity," Arthur argued as the Australian media hounded him with queries with regards to team selection. 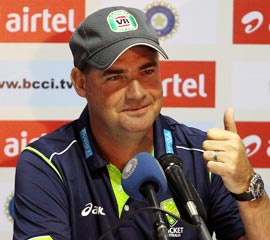 "I thought he (Doherty) went very well today. He toiled manfully. He went about three an over which was pretty decent," he added.

Although Arthur had words for praise for the axed Lyon, but he denied that this decision will dent the off-spinner's confidence.

"Not at all," he said adding, "Nathan and I have spoken at length about the summer he's had and we've given him 19 consecutive Test matches. It (dropping him) doesn't mean we don't back him any more. We just think it was the right time after Chennai, just to give him a little bit of a break. He had a couple of technical things that we wanted to work on a little bit away from the game."

The Indians batted with ease on the same pitch where Aussies found it difficult to encounter the Indian slow bowlers.

"It's interesting. It was almost a little bit like Chennai. Once you got a partnership going, it looked pretty comfortable to bat. We got a partnership yesterday and suddenly all the demons that were supposedly there went away.

"But it is still a pitch, where you can lose wickets in clusters. It always is in India. If you can get one, you can get two or three pretty quickly, because it’s a tough place to start. We saw that yesterday when we lost Matthew Wade and we're hoping we see a bit of that tomorrow."

Arthur was honest in his assessment that both his batsmen as well as bowlers let him down.

"I think it's a bit of both. The bowlers worked really tirelessly today. They had a good first session. In the second session, they started to dominate and if you have two in-form batters at tea time, they are going to hurt you, which they both did. Both of them were outstanding today. I do think we should have got more in our first innings without a doubt and again we tried and toiled today without much success."

When asked if Australia still had a way back in the contest, Arthur said he is relying his hopes on batsmen doing well in the second essay.

"There's still three days of the Test match left. I am backing my batsmen to stand up when they need to in the second innings."

While admitting that debutant Maxwell had an awful day with ball, the coach claimed that the young spinner will benefit from this experience.

"He didn’t bowl very well today but he is an unbelievable talent. He would have learnt a great deal from today. When we picked our second spinner, the aim into this Test match was primarily to have a left-arm spinner taking it away from the Indian top-order. We wanted our second spinner to be able to give us a little bit of a package that Glenn Maxwell does. He'll be stronger for this experience, without a doubt."

"Three guys on the field today, Peter Siddle, Shane Watson and Michael Clarke, are the only guys who have played Test cricket in India. We spoke about this right at the start of the tour. I said 'you guys don't realise how hard it's to come to India and win. Not many sides have done it of late'.

"You only understand how hard it is once you go through it. I'm hoping our younger players build up a lot of experience from this. They'll come back better and stronger," he hoped. 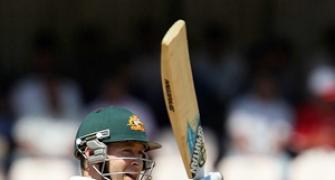 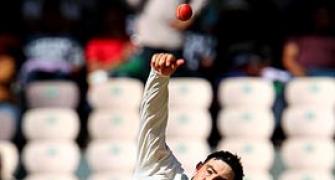 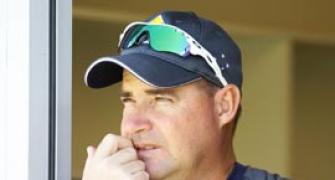 Australia in a dilemma over team for second Test 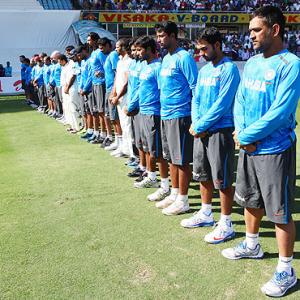 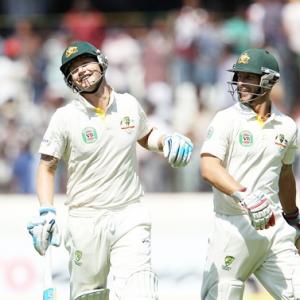