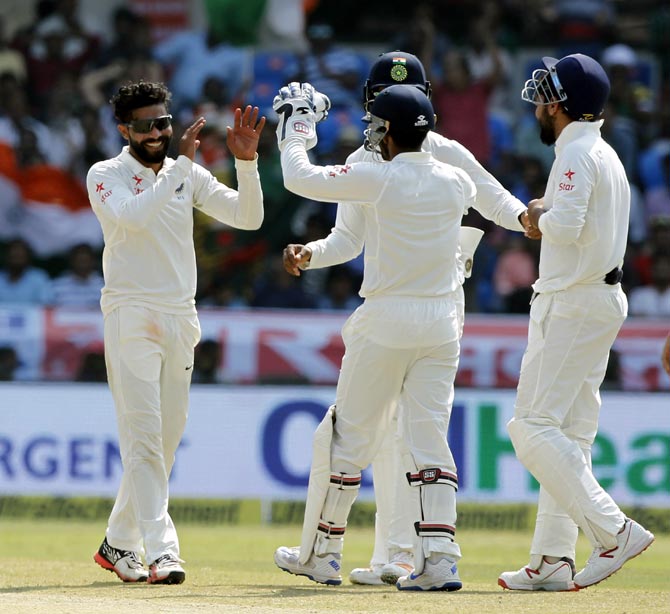 Spinners Ravichandran Ashwin and Ravindra Jadeja claimed four wickets each as India crushed Bangladesh by 208 runs in the one-off Test and stretch the team's unbeaten streak to 19 matches, in Hyderabad, on Monday.

Chasing a daunting target of 459, Bangladesh were bowled out for 250 in 100.3 overs in the post-lunch session on Day 5 after the visitors were set a massive 459 for victory.

The win was the Indian team's eighth victory in nine home Tests this season with the only draw coming against England at Rajkot. 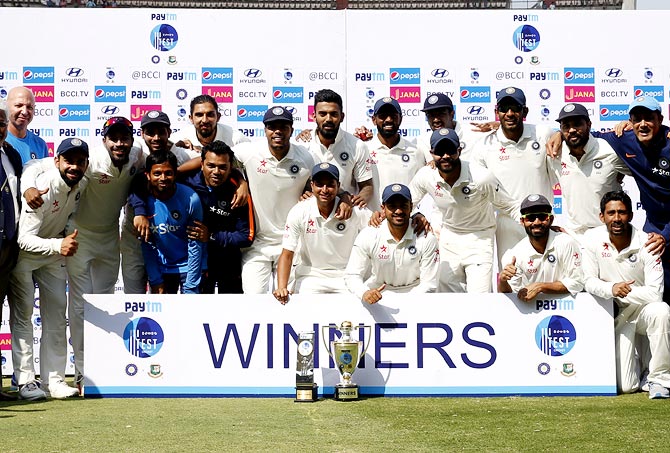 This was India's the sixth successive series victory under Virat Kohli starting from Sri Lanka series in 2015. India's unbeaten streak in Test matches stretched to 19 with the last defeat coming against Sri Lanka in in August 2015 in Galle.

For a team ranked No.9 in the ICC Test rankings, Bangladesh held on bravely for four days and half and played close to 230 overs, both innings included, making India work hard for their victory.

The Indian bowlers had to show much more patience on a pitch which remained good for batting throughout the entire duration of the match.

Spin twins Jadeja (4-78 in 37 overs) and Ashwin (4-73 in 30.3 overs) shared the bulk of the spoils with Ishant Sharma bowling a good spell on Day 5 as he claimed two for 40 to put India firmly on the course for victory. 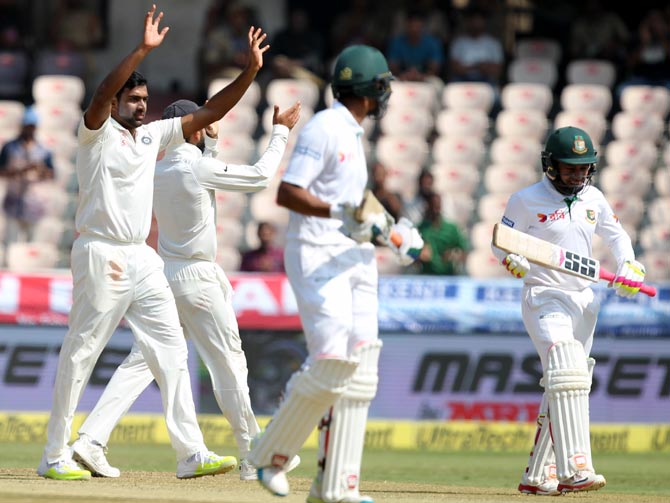 Bangladesh needed to bat out 58 overs in the last two sessions to save the match but Ishant's brilliant spell after lunch ended whatever hopes they may have had.

He used the short ball to good effect as Shabbir Rahman (22) played the pull shot but could only manage a top edge which was easily pouched by Bhuvneshwar Kumar at fine leg.

He then trapped Mahmudullah Riyadh leg before wicket after he played a gusty knock of 64 and was the only Bangladesh batsman to cross the fifty-run mark in the second innings. With Mahmudullah's departure the writing was clearly on the wall for the visitors.

The lower order provided some resistance as Mehedi Hasan played 60 balls for his 23, but was caught behind as Jadeja got one to turn and bounce to induce an outside edge snapped by Wriddhiman Saha. 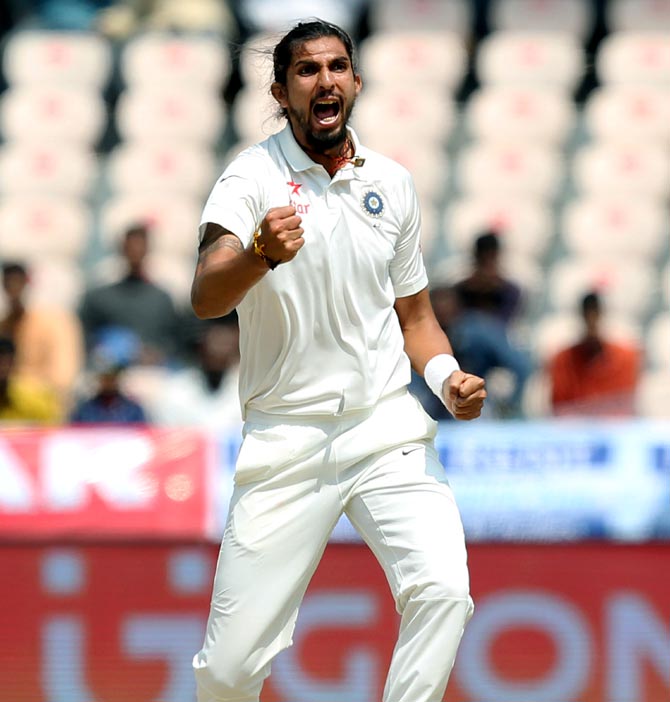 Jadeja claimed his fourth victim when Taijul Islam (6) mistimed a pull-shot and was caught by KL Rahul close on the leg side despite a clash with Murali Vijay, who also went for the catch.

Bangladesh may have fought hard and taken the match into the fifth day but World No. 1 India always had their foot firmly on the pedal throughout the entire duration of the match.

Jadeja made most of the rough outside the left-hander's off-stump as he got to explode out of the rough which Shakib could only glove it to Cheteshwar Pujara at short leg.

The Bangladesh middle order let their team down on the final day. Captain Musfiqur Rahim was the biggest culprit as he threw his wicket away with a reckless shot, trying to attack Ashwin when the need of the hour was to defend and play out the overs. 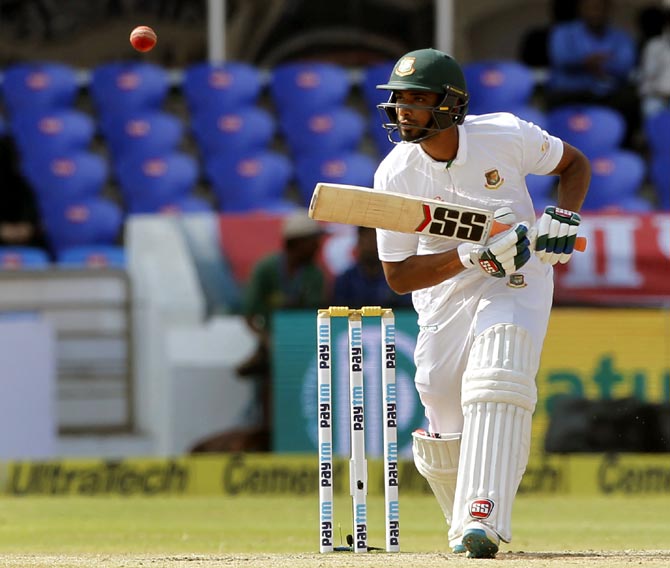 Mushfiqur gave Ashwin the charge but failed to reach the pitch and miscued it to Jadeja at mid-off.

Mahmudullah also looked to attack initially as he top edged Jadeja for a four before lofting him over the covers followed by a heave over midwicket for successive boundaries. But he batted quite solidly as hee completed his half-century off 115 balls with his sixth boundary that flew through the vacant slip cordon off Umesh Yadav's bowling.

Ishant finished off any slim hopes that Bangladesh harboured of saving the game as Sabbir Rahman was done in by the reverse swing to be trapped leg before wicket, while Mahmudullah top edged the pull to be caught at fine leg.

However, the lower order left India frustrated, especially Hasan and Kamrul Islam, as the duo stayed at the wicket for 14.1 overs while the last two wickets delayed the inevitable by another 10 overs.