A dominant Alastair Cook scored 189 and Ian Bell his first century against Australia as England took a commanding first innings lead of 208 at the close of play on the third day of the fifth Ashes Test on Wednesday.

England, who need just to draw the match to secure a first series win in Australia for 24 years having already retained the Ashes, were on 488-7 with Matt Prior (54) and Tim Bresnan (0) at the crease when bad light stopped play.

Cook had been given a rousing standing ovation by the 40,000 crowd after taking his series tally to 766 runs in five Tests, making him the second-most prolific English batsman in an Ashes series after Wally Hammond, who made 905 in 1928-29.

Australia, who felt they should have had Bell out for 67, did not lack effort in the field but their bowlers asked too few questions of the batsmen on a deadening track and their hopes of squaring the series were fading away in the early evening gloom.

Those hopes were still high at the start of the day when the tourists resumed on 167-3 and Peter Siddle quickly picked up the wicket of nightwatchman Jimmy Anderson for one.

At the other end, though, was the outstanding batsmen of the series and Cook, who had started on 61, was soon accelerating towards his third century of the series. 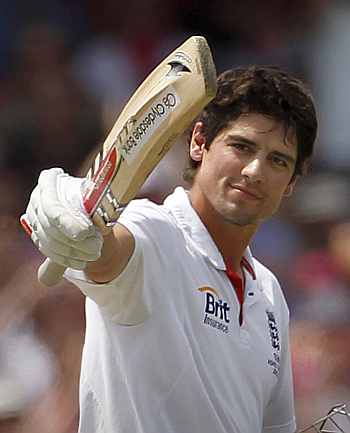 By the time he was caught low in the gully by Mike Hussey off Shane Watson just after tea, England had overhauled Australia's first innings tally of 280 and were 100 runs ahead with four wickets in hand.

Most of the crowd at the Sydney Cricket Ground were clad in pink in honour of the breast cancer foundation started by Test bowling great Glenn McGrath and his late wife Jane but the English batsmen were in no mood for charity.

Bell picked up where Cook had let off and he finally scored his first Test century in 31 innings against the Australians but there were boos mixed with cheers as he doffed his helmet.

The 29-year-old had been given out caught behind on 67 when the ball went between bat and pad but he stood his ground and was reprieved when the television review England demanded proved inconclusive.

The boos again mixed with cheers when Bell departed for 115 shortly before the end of the day after being caught by Australian skipper Michael Clarke off the bowling of Mitchell Johnson.

Cook had few scares in his 488-minute innings and had stood his ground when he was on 99 and Australia's Phillip Hughes claimed a catch at short leg.

The umpires checked the TV pictures and concluded that the ball had not carried to Hughes and Cook went on to claim his 16th Test century with a single to midwicket shortly afterwards.

Debutant spinner Michael Beer had celebrated his maiden Test wicket on Tuesday before Cook was called back to the crease by the umpire to review the no ball call.

The 26-year-old left-armer was dancing around again when Hughes appealed for the catch off Cook but again was rightly denied by the television pictures.

The Victorian finally got his reward for some good bowling when Paul Collingwood danced down the wicket but sent the ball looping into the hands of Ben Hilfenhaus at mid-on for 13.

A good performance by Beer could extend a Test career no one had predicted at the start of the series, but Collingwood's poor exit could help usher an end to his Test cricketing days after a poor tour with the bat for the 34-year-old.

© Copyright 2021 Reuters Limited. All rights reserved. Republication or redistribution of Reuters content, including by framing or similar means, is expressly prohibited without the prior written consent of Reuters. Reuters shall not be liable for any errors or delays in the content, or for any actions taken in reliance thereon.
Related News: Ian Bell, Alastair Cook, Scorecard England, Australia, Phillip Hughes
COMMENT
Print this article 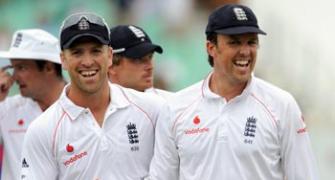 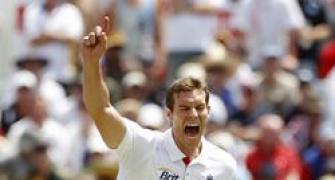 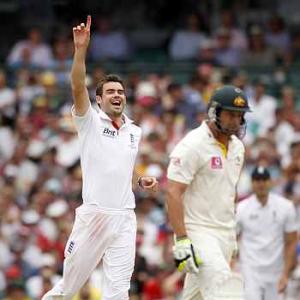