In a surprise development, former Indian captain Anil Kumble, on Monday, tendered his resignation from the chairmanship of the National Cricket Academy (NCA), almost two months after a controversy broke out over an apparent conflict of interest.

Kumble's resignation has been accepted by the BCCI's Working Committee, which met in New Delhi. Punjab Cricket Association's general secretary M P Pandove will be the caretaker chairman of the NCA till a full-time appointment is made. 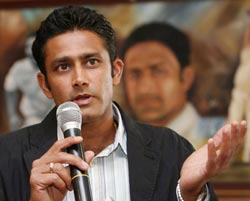 The official reason that Kumble gave was "lack of time" considering he is also the president of the Karnataka State Cricket Association, a mentor with the IPL team Royal Challengers Bangalore and has his own company 'Tenvic' which manages Karnataka players like R Vinay Kumar and Sreenath Aravind.

However, some top Board officials in the know of things said that Kumble has had some differences of opinion with the BCCI top brass regarding the functioning of NCA which has now become more of rehab centre for the injured Indian players.

"The BCCI top brass is of the opinion to decentralise the coaching system at the junior level since it has its own batting, bowling and fielding academy in place. This would have diluted NCA's profile as the place where the talented cricketers hone their skills before going to the next level," a BCCI official said.

Kumble, 41, who has captured 619 wikets in 132 Tests, is the third highest Test wicket-taker behind Muttiah Muralitharan and Shane Warne. In 271 One-dayers, he has taken 337 wickets. 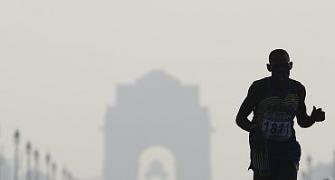 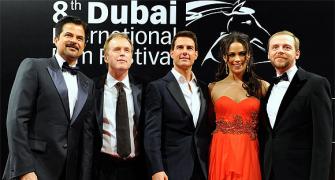 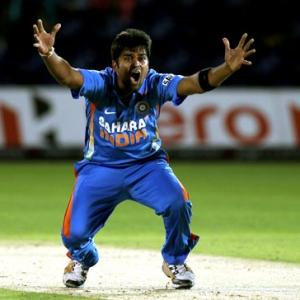 IPL II will benefit CSA for a decade: Majola