News
Business
Movies
Sports
Cricket
Get Ahead
Money Tips
Shopping
Sign in  |  Create a Rediffmail account
Rediff.com  » Cricket » All payments during IPL in SA in 2009 were legitimate: BCCI

All payments during IPL in SA in 2009 were legitimate: BCCI

The Board of Control for Cricket in India on Saturday refuted allegations that it violated India's foreign exchange regulations while conducting the second edition of the Indian Premier League in South Africa in 2009, insisting that all the payments were "bona fide and legitimate". Reacting to a report in the Hindu which stated that the BCCI had issued notice by the Enforcement Directorate for contravening FEMA by remitting Rs 283 crore to Cricket South Africa and paying IMG Rs 88.48 crore for services in the conduct of the IPL, the Board stated the "violation of Rs 1600 crores mentioned in the report is misleading".

"The BCCI wishes to clarify that these Show Cause Notices were issued in July 2011 and October 2011 and that the BCCI has given detailed replies refuting the charges," BCCI secretary Sanjay Patel said in a statement.

"The BCCI also wishes to clarify that the reported violation of Rs 1600 crores mentioned in the report is misleading. The total foreign exchange payments made to CSA and IMG covered by these notices were only Rs 283 crores but adding up charges of contraventions of multiple provisions of FEMA has resulted in this figure," he added.

"The BCCI reiterates that these payments were bona fide and legitimate."

The financial transactions during that edition of the IPL had kicked up in storm in South Africa as well and led to the stepping down of Cricket South Africa CEO Gerald Majola for sanctioning millions in bonus for himself and some other CSA officials.

Justifying the payments made to IMG, Patel said the company had been hired to provide "expert assistance" in conducting the IPL as per the international standards.

"IPL 2 was shifted to South Africa in 2009, since the Government of India was unable to make the necessary security arrangements since its forces were deployed for election duty," he recalled.

"Rather than cancel IPL 2, which would have led to loss of prestige for India as a cricketing nation and led to loss of foreign exchange income by way of telecast rights, the BCCI shifted the tournament to South Africa," Patel explained.

Patel said the agreement with Cricket South Africa was made "in accordance with a well-established ICC practice by which the host country association organises international matches on a cost plus basis".

Patel said the BCCI, in its reply to ED, has pointed out that these transactions led to increased foreign exchange for India and that the BCCI had been professionally advised that these remittances were "current account transactions" that did not require prior approval of RBI.

"Further these remittances were made through an Authorised Dealer viz. a Nationalised Bank that is licensed by the RBI to conduct foreign exchange transactions after furnishing all the required documents and information called for, none of which is alleged to be false," he said.

"The BCCI has pointed out that there is no allegation that these remittances benefited any individual, or that there was loss of foreign exchange for India.

"The BCCI reiterates that it is committed to the highest standards of compliance with all Indian laws and regulations and is confident that its stand would be upheld," Patel added.

Source: PTI© Copyright 2020 PTI. All rights reserved. Republication or redistribution of PTI content, including by framing or similar means, is expressly prohibited without the prior written consent.
Related News: BCCI, IPL, IMG, The Board of Control for Cricket in India, FEMA
SHARE THIS STORYCOMMENT
Print this article 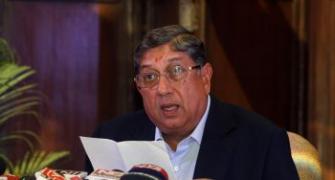 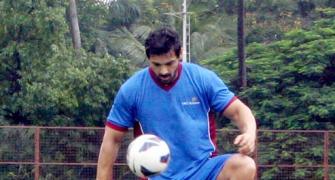 'No one a star in India except a cricketer or actor' 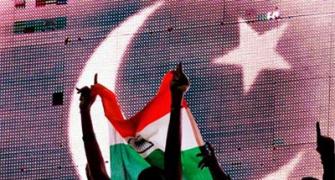 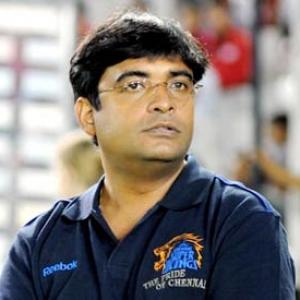 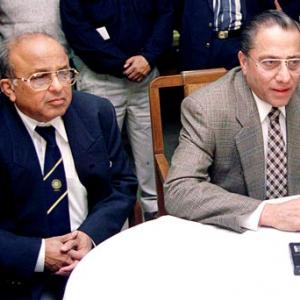