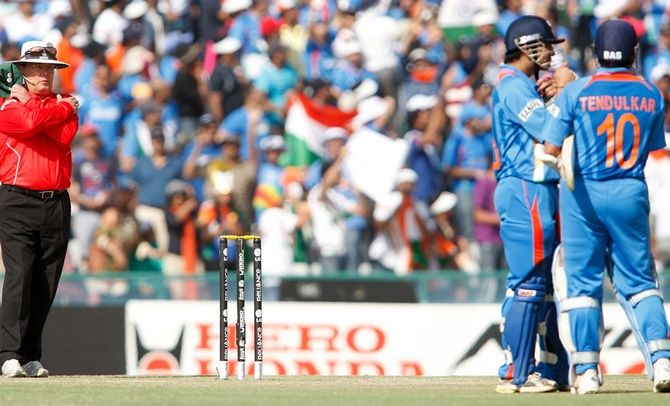 Former Pakistan off-spinner Saeed Ajmal is still not over the disappointment of missing Sachin Tendulkar's wicket in the lost 2011 World Cup semifinal against India and is now deriving solace from English umpire Ian Gould's recent assertion that the iconic batsman was indeed out.

Tendulkar, who made crucial 85 runs in the semifinal at Mohali, was on 23 when Gould ruled him out LBW off Ajmal. But third umpire Billy Bowden, after a review, overturned the decision.

Gould, who served on the ICC's elite panel of umpires, recently said that he would stands by his decision of giving Tendulkar out.

Recalling the incident, Ajmal, now 42, said, "It was straight in front and I was 100 percent sure he was out. Shahid Afridi, Kamran, Wahab and other players asked me was he (Tendulkar) out and I told them he is gone."

He said he was heart-broken after the third umpire ruled Tendulkar not out.

"I never got a chance to bowl to him in a Test so whenever I played against him in white ball cricket I always wanted to do my best. More disappointing was that we lost the semifinal and it is obvious that Tendulkar's 85 runs made all the difference," he said on a television channel," he said.

"Even today, the third umpire's decision baffles me. Maybe luck was with him that day and he went on play such a crucial innings for his team," said Ajmal who played 35 Tests between 2009 and 2014, taking 178 wickets.

Ajmal said Gould was upset after his decision was overturned by the third umpire.

The off-spinner's career, however, came to an unceremonious end after a tour of Bangladesh. His bowling action was reported in 2014 and he could not cope with the subsequent modification and retired in 2017. 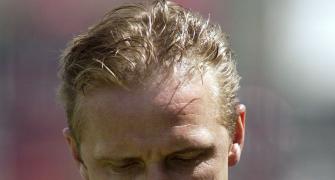 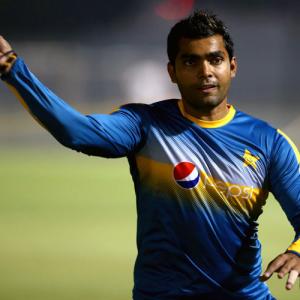