News
Business
Movies
Sports
Cricket
Get Ahead
Money Tips
Shopping
Sign in  |  Create a Rediffmail account
Rediff.com  » Cricket » 'Unfortunate that cricket is not considered for Olympics'

'Unfortunate that cricket is not considered for Olympics'

Former India cricket captain Ajit Wadekar tells Bikash Mohapatra that with T20 becoming popular, he is hopeful of the sport figuring in the Games in future.

One country doesn't make a sport.

Cricket, by far, is the most popular sport, (apologies) a religion, in India. And when it comes to administration, the Board of Control for Cricket in India has the biggest say among all the other bodies in the International Cricket Council.

However, even as the whole country for once turns its attentions to its other athletes -- Team India's ongoing tour to Sri Lanka has been a dampener anyways, and expects them to win medals in the forthcoming Olympics in London -- the sport it excels in the most is conspicuous by its absence in the quadrennial sporting extravaganza. ricket, in fact, has seldom been part of a major sporting spectacle like the Olympics, Asian Games, even Commonwealth Games for that matter -- a fact quite a few regret.

"It is unfortunate that cricket has not been considered for the Olympics," rued Ajit Wadekar, on the sidelines of the re-launch of Sportstar magazine in Mumbai on Wednesday.

"Cricketers, like any other sportspersons, also work hard to succeed at the international level. However, they don't have a chance of getting a medal at the biggest stage," added the former India captain.

For the record, cricket has been part of the Summer Olympics on only one occasion, in the 1900 Games in Paris. Even then it wasn't recognized for a long time, considering the participating teams were not nationally selected.

While the original draw in Paris was supposed to feature teams from Britain, France, The Netherlands and Belgium, teams from the latter two backed out at the last moment ensuring the competition was between teams from only two countries.

Britain beat the hosts by 158 runs, but was awarded silver medals for its efforts. It was only in 1912 that the match was formally recognised as being an Olympic contest and the medals were reassigned as gold and silver.

Cricket has been dropped from the Olympic schedule ever since.

"Maybe it was the case because the five-day format was considered as too lengthy," explained Wadekar, when asked for a reason.

The other instances cricket was part of a big sporting spectacle was in 1998, when it was included in the Commonwealth Games at Kuala Lumpur (Malaysia). South Africa beat Australia for the gold on that occasion.

However, the Indian board's decision to send separate teams to the Commonwealth Games, and Sahara Cup against Pakistan that was held simultaneously in Toronto, robbed India of a realistic shot at the gold. Besides, it was a medal sport at the last Asian Games in Guangzhou. However, India didn't participate due to prior commitments.

There have been talks of including a Twenty20 version of the competition at the Olympics, but, eventually, it has not been the case. However, with the shortest and fledgling format of the game gaining in popularity, Wadekar expressed confidence that it won't be long before cricket finds a place at the Games.

"With T20 becoming popular, cricket now has a chance at the Olympics. Maybe sometime in the future," said Wadekar, before proceeding to point out on an irony.

"There are so many facilities for the cricketers these days," he explained, adding, "There's s coach for every department, be it batting bowling or fielding.

"However, I'm told Sushil Kumar, who will be carrying the Indian flag at the opening ceremony in London, doesn't have a coach.

"I'm sure if the facilities provided to our athletes improve, they can come up with even better performances." 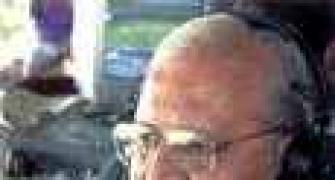 Suresh Saraiya, one of the best-loved radio commentators 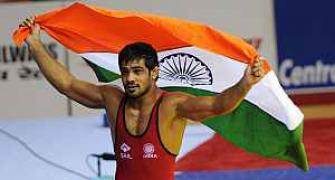 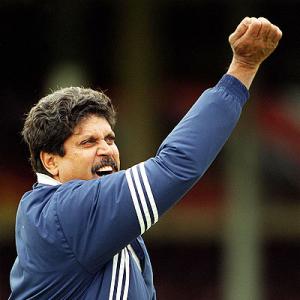 Kapil back in BCCI fold after sorting out differences 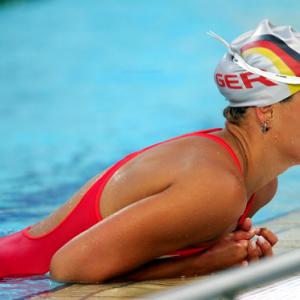 Pool side stories: Gold glitter lost at the Games