England are slated to visit India from January-March for five Tests and a limited overs series.

"Ahmedabad will hold the day-night Test," Ganguly said at the Kolkata Press Club while launching a book by CPI(M) MLA Ashok Bhattacharya.

Owing to a surge in COVID-19 case load in India in the recent past, there had been speculations that the series could be shifted to the UAE, where the IPL 2020 is currently underway.

But the BCCI is determined to host England in the country and is already exploring all possible options, including creating bio-secure bubbles.

Ahmedabad, Dharamsala and Kolkata are likely to be the three venues for the Test series, but Ganguly said they are yet to take a final call.

"We have made some tentative plans but nothing has been decided as of now. We still have four months' time," said Ganguly.

The BCCI president said their priority is the upcoming Australia tour, the team selection for which will happen in a few days.

"Before England, we have Australia series coming up. There will be team selection happening in a few days."

Ganguly said switching to the Test format immediately after the IPL won't be a problem for the players.

"They are all quality players, they will be fine."

As for the domestic season, the BCCI has decided to start the Ranji Trophy from January 1, and Ganguly said the details will be worked out in the upcoming Annual General Meeting (AGM).

"The AGM will happen soon and there we will decide about the Ranji Trophy."

A COVID-19 survivor, the 71-year-old Bhattacharya has recounted his experience of overcoming the deadly virus, in the book.

Bhattacharya is also the chairman of Board of Administrators of the Siliguri Municipal Corporation.

Source: PTI  -  Edited By: Laxmi Negi© Copyright 2021 PTI. All rights reserved. Republication or redistribution of PTI content, including by framing or similar means, is expressly prohibited without the prior written consent.
Related News: Sourav Ganguly, BCCI, Bhattacharya, AGM, Board of Administrators of the Siliguri Municipal Corporation
SHARE THIS STORYCOMMENT
Print this article 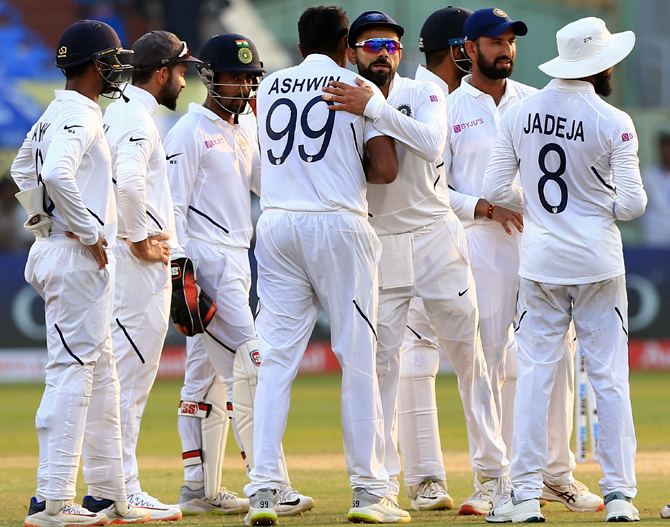