After U-19 triumph, pacer Porel looks for domestic success 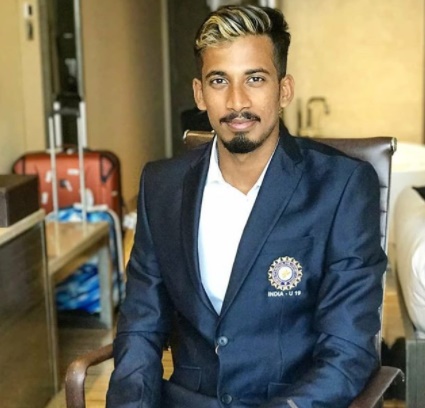 India's Under-19 World Cup winning pacer Ishan Porel is fully aware that there is no shortcut to success and says he will have to perform in domestic cricket to make the boys-to-men transition.

Porel, who bounced a back from a serious foot injury to make significant contributions in the final two matches, arrived this morning amid huge fanfare.

He was received at the airport by his parents and Cricket Association of Bengal officials.

Chief Minister Mamata Banerjee, who had personally called him to congratulate after the World Cup win, also sent him a note of congratulations and a Uttorio (scarf) as Porel headed straight to his home in Chandannagar, about 50 kilometres away from Kolkata.

"I know the significance of winning a World Cup, I'm just taking it like a learning process. I am very much aware that I've to keep performing well at the domestic level, then only I can make the boys-to-men transition," Porel said.

"Everyone wants me to see in India colours now. But I don't have a remote control. I have to go through the steps. It's a gradual process, after all," Porel said with a hint of maturity and confidence in his voice.

Having pulled out of the ongoing domestic one-day competition for the Vijay Hazare Trophy in Himachal Pradesh, Porel's immediate target is to recover from the foot injury.

"Rahul sir (Dravid) has spoken to Sourav sir (Ganguly) about my injury. After a week or so, I will have to go to the NCA for recovery."

Recalling the team's triumph in New Zealand, Porel said he was on the verge of breaking down after sustaining an injury in the group match against Australia.

"Everybody in the team started backing me. They said you will be able to play. I'm really grateful to the entire team, Rahul sir, Abhay sir (Sharma) and Paras sir (Mhambrey). They really helped me overcome the tough phase."

Porel returned to action against Bangladesh in the quarter-finals, bowling five overs for eight runs without a wicket.

The following day there was further disappointment when he saw many of his teammates pick fat pay cheques at the IPL auction while he went unsold.

"I was a bit disappointed but Rahul sir told me IPL will keep coming but the World Cup is a lifetime experience. It really motivated me to give my best," Porel said about his 4/17 show against Pakistan in the semi-finals.

"It was a normal thing for me from then on and I've recovered now. I know I will get a chance next time. There were some great lessons learnt like teamwork, how to come out of pressure, bounce back from injury, to become strong mentally."

A fan of Dale Steyn and Brett Lee, Porel said his childhood dream is to earn an India Test cap.

"Obviously I would prefer playing for India Test side to IPL. Playing or not playing IPL does not matter. To get a Test cap, will be a different experience altogether. From childhood, I'm preparing myself to play Test cricket," he added.

Image: Ishan Porel's immediate target is to recover from the foot injury. 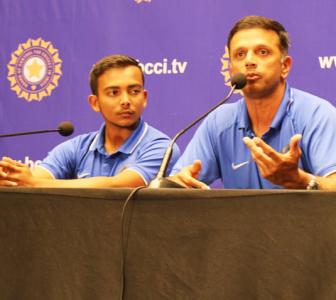 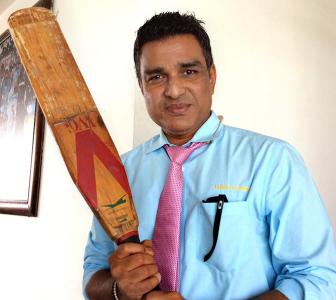 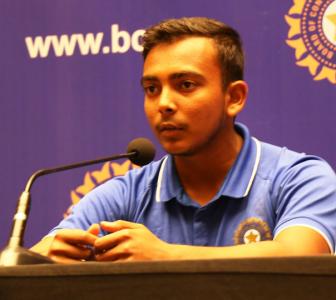 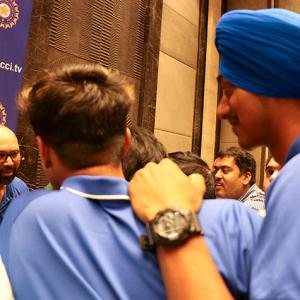 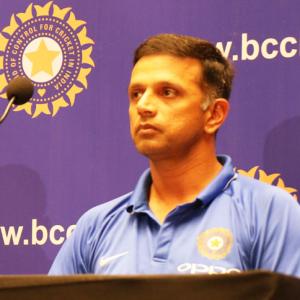