IMAGE: AB de Villiers hit 9 fours and three sixes in his knock of 76 off 34 balls against KKR on Sunday. Photograph: IPL/Twitter

Royal Challengers Bangalore (RCB) head coach Simon Katich was all praise for AB de Villiers, saying that the Proteas star is the best in the business when it comes to batting towards the backend of an innings.

Glenn Maxwell and AB de Villiers' knocks of 78 and 76 were backed up a spirited bowling performance as Royal Challengers Bangalore (RCB) defeated Kolkata Knight Riders (KKR) by 38 runs on Sunday here at the MA Chidambaram Stadium.

"Boys were magnificent today, we had a tough start but the way he fought back with that partnership between Glenn Maxwell and Devdutt Padikkal got us into a position there from where we could get the score we got. At 9/2, no one would have thought we would score above 200. Maxwell and Padikkal deserve a lot of credit for setting up the platform and then AB, that was special knock as well," said Katich in a video posted on the official Twitter handle of RCB.

"In terms of T20 batting, we were treated to two masterclasses from Maxwell and ABD. Young Padikkal's innings should not go unmentioned because that partnership between him and Maxwell gave us momentum in the innings and it put pressure on KKR," he added.

Earlier, RCB might have been 9/2 in the second over, but Maxwell and de Villiers' knocks of 78 and 76 ensured that the side posts a total of 204/4 in the allotted twenty overs.

Along with Maxwell and de Villiers, Devdutt Padikkal and Kyle Jamieson also played knocks of 25 and 11 respectively. For KKR, Varun Chakravarthy returned with two wickets.

"We know that ABD is the best in the business in the backend and we have seen here in Chennai, a lot of teams have struggled at the backend and that is something we have done really well in these three games on the back of him and Maxwell. That can be the difference between winning and losing games," said Katich.

RCB will next take on Rajasthan Royals on Thursday here at the Wankhede Stadium in Mumbai. 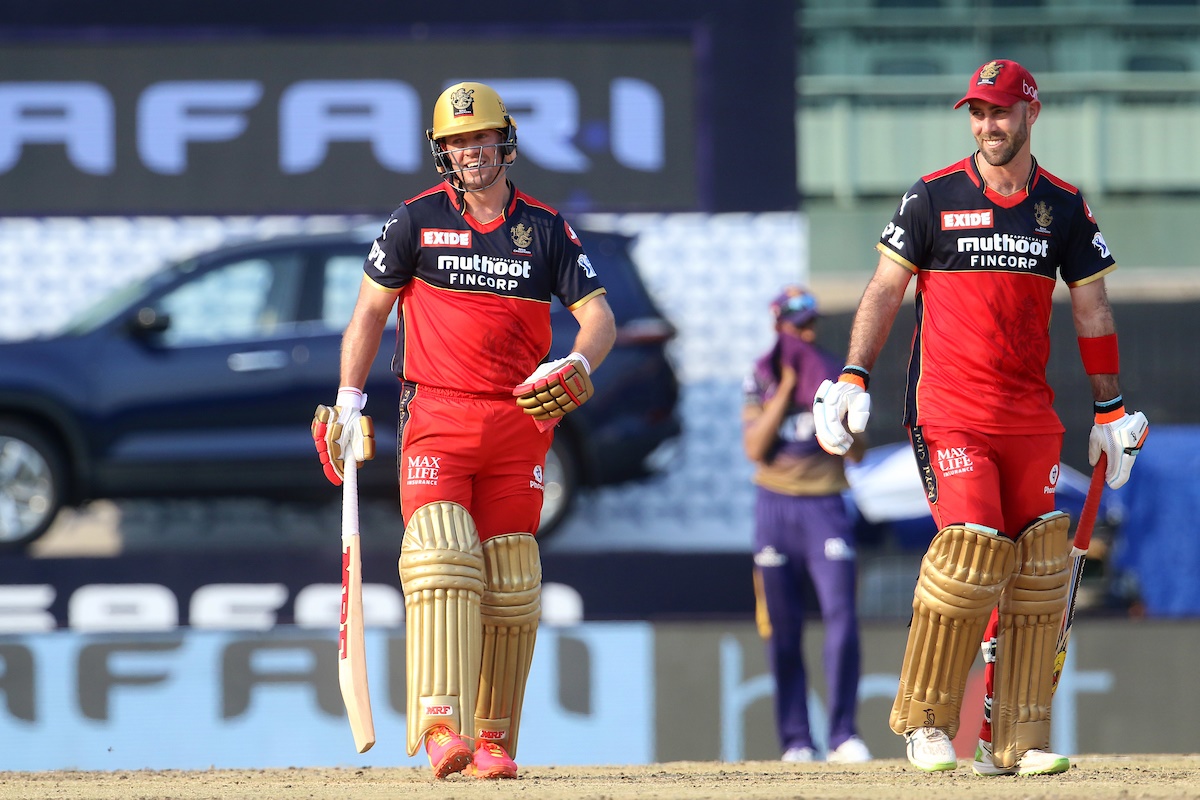