'A part of cricket died today'

From Australia captain Michael Clarke to other big names, tributes flew in for former Australia cricket captain and commentator Richie Benaud, who died of skin cancer late on Thursday, aged 84.

Here are some reactions from the cricket fraternity... 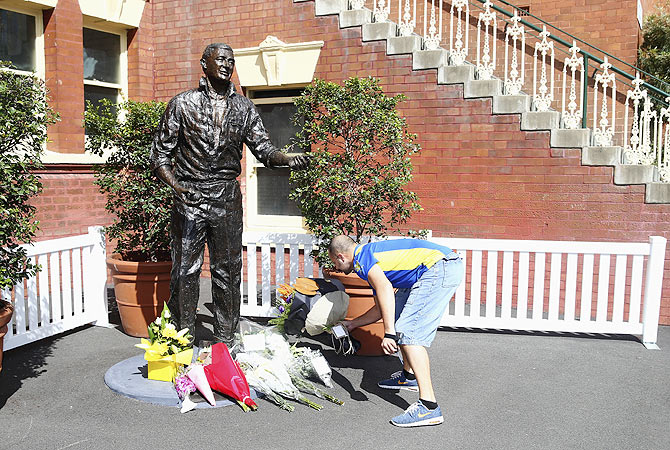 Tributes are placed at the statue of Richie Beanud at the Sydney Cricket Ground on Friday. Photograph: Ryan Pierse/Getty Images

"He was the accompaniment of an Australian summer ... He has been a part of the lives of millions of Australians and he will certainly be very much missed."

"Richie stood at the top of the game throughout his rich life, first as a record-breaking leg-spinner and captain, and then as cricket's most famous broadcaster who became the iconic voice of our summer."

"My vintage, we grew up with that voice. He was a great player and a great captain. A wonderful leader of men and he continued that off the field. He loved winning. He helped the Australian team have the attitude where they wanted to win. He played the game the right way."

"Richie was truly one of the game's greats." 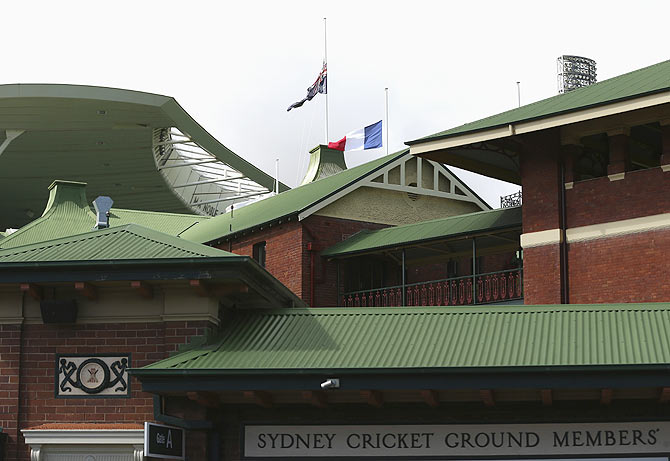 Flags fly at half mast in tribute to Richie Beanud at the Sydney Cricket Ground on Friday. Photograph: Ryan Pierse/Getty Images

"His legacy to the game will always live on. More so Richie's stature as a true gentleman and role model for life will remain his greatest gift."

"He was quite simply peerless. Nobody else had his authority, popularity and skill. If you speak to any broadcaster from any sport, they will point to Richie as the standard-bearer."

"As a cricketer, commentator and as a person, you were the best there's ever been and to top it off, an absolute gentleman."

"Rest In Peace Richie Benaud. What a marvellous innings you had!"

"A part of cricket died today." 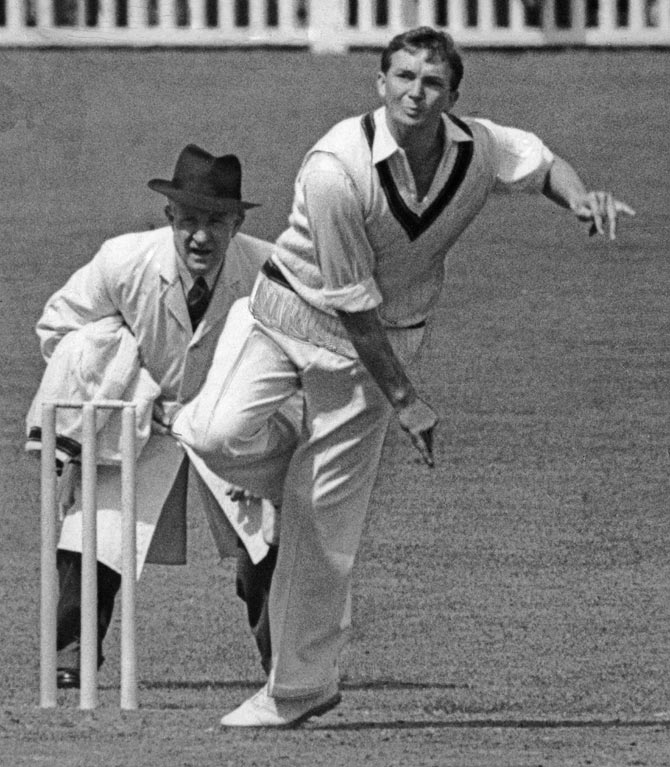 "Saddened by the death of Richie Benaud, one of the greatest cricketing brains."

"The Voice of Cricket and a truly great man. Thank you for everything you gave us. You will be missed by so many."

"So sad to hear about the passing of Richie Benaud. The great voice of cricket is no more. He defined an era with conviction and sincerity.

"Respected and looked up to by all, you will be sorely missed #Legend Vale Richie Benaud"

"Sad to hear the passing of the voice of cricket, great player and a true gentleman"

"A truly great person, you will always be remembered for what you gave to this world."

England and Wales Cricket Board

"Our thoughts are with the family & friends of legendary former Australia captain & cricket commentator Richie Benaud who has died aged 84."

"NZC is sad to hear that one of the game's great personalities Richie Benaud has passed away at the age of 84."

© Copyright 2020 Reuters Limited. All rights reserved. Republication or redistribution of Reuters content, including by framing or similar means, is expressly prohibited without the prior written consent of Reuters. Reuters shall not be liable for any errors or delays in the content, or for any actions taken in reliance thereon.
Related News: Richie Benaud, Richie Beanud, Michael Clarke, Australia, BBC
SHARE THIS STORYCOMMENT
Print this article