'He believes in his destiny and says "naseeb accha hai, chalne do".' 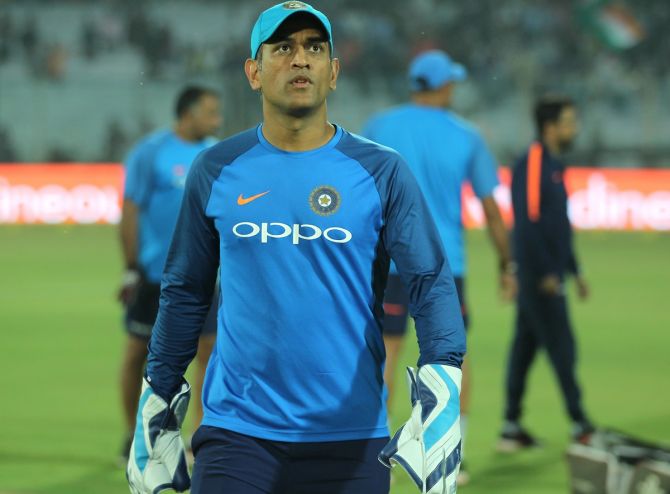 When Bharat Sundaresan, one of India's finest cricket writers, travelled to Ranchi to explore the enigma called Mahendra Singh Dhoni, he returned with unexplored stories.

In his best-seller, The Dhoni Touch, Sundaresan reveals a side of MSD we had not known

"He filled youngsters with hope that it is okay if you look a certain way or spoke a certain way. He released that tension and that is his biggest contribution," Sundaresan tells Laxmi Negi/Rediff.com.

How did you decide on writing a book on Dhoni?

When you are a journalist, people keep telling you to write a book. But I never took it seriously. Then, one day, I got a call from Penguin and they said they wanted me to write a book on Dhoni. Penguin liked a piece I wrote about his wicket-keeping skills, they said they have read about my other pieces on Dhoni and were impressed.

Radhika Marwah from Penguin met me and I told her that MS Dhoni: The Untold Story, the movie, is about to be released and I cannot do the same thing.

But she pressed me to write something new and when I spoke about decoding this enigma called Dhoni and focus more on the man than on the cricketer, they liked my idea. 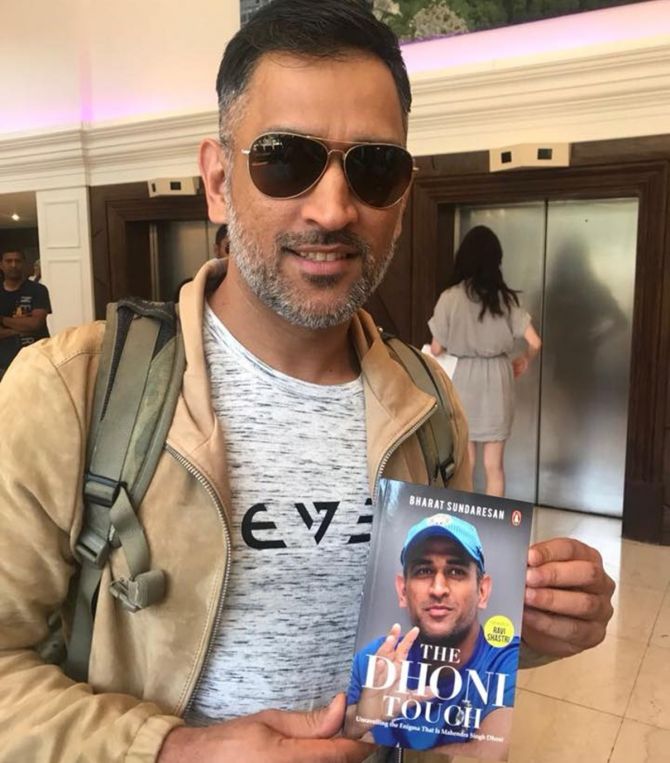 I have read you finished the book in 10 days!!!

In November 2016 I signed a contract and then they gave a deadline and, thereafter, many deadlines. Finally, it was supposed to be done by June 2017. So, in April and May 2017 I used to drive to Pune every weekend and try to talk to Dhoni (He was then playing for the Rising Pune Supergiant in the IPL).

Those two minutes with him post his training sessions were worth waiting for. We are not friends, but since 2010 he would tease me about my hair and small conversations here and there.

When I told him I am writing a book about you and told him about it in a gist, he told me "Sounds good, let's see what you do with it."

He then gave me access to his inner circle; they are so warm to you once they know that you have Dhoni's permission.

By that time my June deadline ran out and I was given a new deadline of September.

I thought I have plenty of time and I will write one chapter a day. July-August breezed past.

September, I was in Adelaide, Australia, visiting my wife and Radhika said the book is not happening in eight days.

I even googled how to write a book in a day, which said that only the beginning and end should be okay and in the middle just scribble anything. I was so nervous when I read that.

It was also the time when my family and close friends would also ask "ho gaya kya?"

I had stopped talking to people. I used to compare my situation to a crow on my shoulder pecking me. On weekends when I used to think of relaxing, my mind would say 'Book! Book!'

When I compare the situation to a newspaper, it is like 11 pm and my editor hovering over my head.

In 2017 I did two tours and the under-19 World Cup. I was very busy. I used to write a feature for my newspaper and then post 1 am I used to sit to write the book. There is a cafe in Adelaide where I did most of my writing. I was in a crazy zone.

Once I was done with the book I tweeted a pic of a crow flying away and my family and friends understood.

I have never felt so much relief in my life when I completed the book. 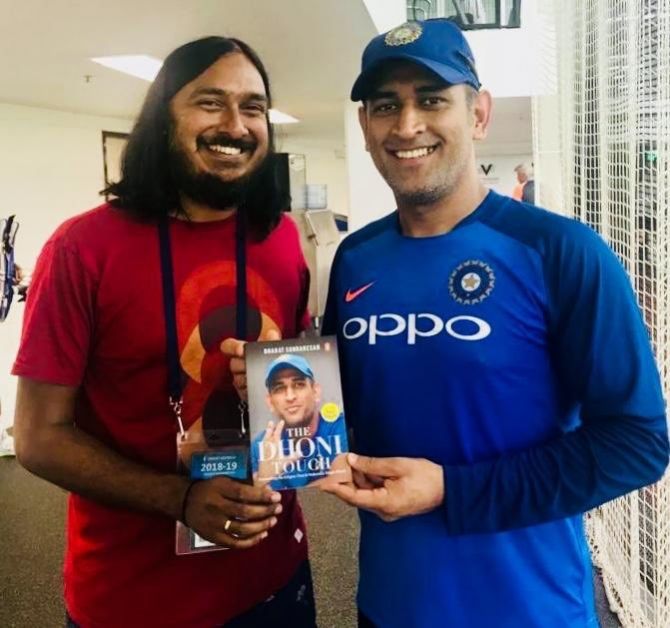 What were your experiences researching the book in Ranchi?

I had never been to Ranchi. But once you land there, you cannot miss Dhoni. Almost everyone will have a Dhoni story or incident to narrate. And I was looking for those little things. Because there is already so much text on Dhoni.

His friends are so much in awe of him. Because whoever becomes successful moves either to Delhi or Mumbai, but he never left Ranchi.

When I reached Ranchi, I was treated as royalty because I was writing a book on their Mahi. His friends and fans kept telling me that my life will change as whoever touches Mahi, his life changes for good.

Has your life changed?

Yeah, the book has raised my profile and it did well. When Dhoni and his wife posed with the book, it did not need any more official launch.

Also, the reception I receive is not what I had envisioned when I wrote the book. In November 2018 I was invited for Asia's first international sports meet in Bhubaneswar. They sent me flight tickets and booked my accommodation.

When I walked out of the airport I though I would get an Uber. And, all of a sudden I heard, "aa gaya, aa gaya" and the click click of cameras. I thought some celebrity must be around. But soon someone came with a mic to my mouth and said, "Bharat sir one interview please..." I was dressed in shorts and beach t-shirt! I couldn't believe it was all for me!

I was sharing the stage with Ben Johnson and Jeff Thompson. It was overwhelming for me.

I know that this adulation is all because of Dhoni. Again, the book is one of the top selling books because Dhoni announced his retirement.

How important are Dhoni's family and friends in shaping the person he has become?

It is the opposite, I think.

His father has been very hard-working. They belong to the lower middle class and his sister played an important role in his life earlier. He has an older brother who was not very successful. So he was allowed to take a lot of decisions very early in his life which helped him to become the person he is today.

He believes in his destiny and says "naseeb accha hai, chalne do." He has never shown his palm to an astrologer.

People around him have learnt a lot with him. He is such a practical man and keeps it really simple.

I was amazed at his practicality. Like how his sister used to write notes for him and a night before she used to read it to him and he used to just hear.

He knew his limitations and didn't want to top; he wanted to pass and yet managed above 60 per cent with this approach.

Because of watching his methods a lot of wicket-keepers have started practising less. Not practising wicket-keeping works for him; he has that self-belief and knowledge what he can do and what he can't. 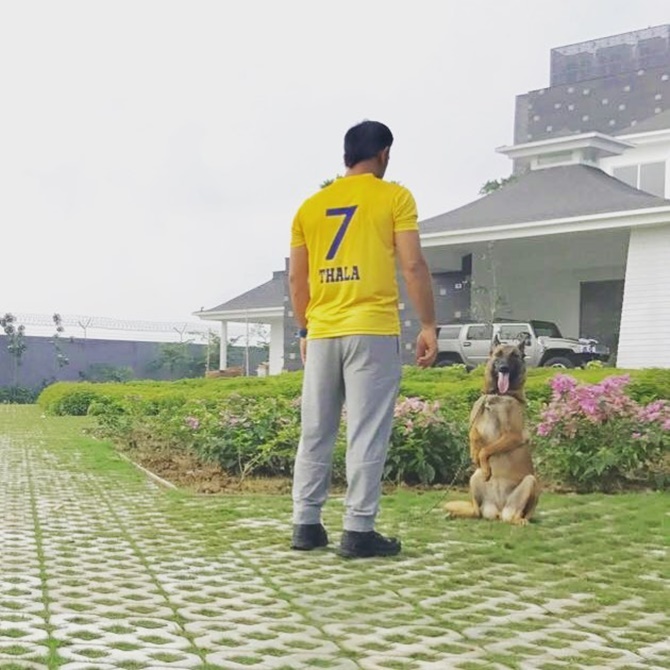 How had Dhoni managed his social media platform? (He is one of the first cricketers to join Twitter)

He is the smartest businessman to have played cricket.

He has his pulse on what is happening. It is the reason why he used Instagram to announce his retirement. Because the masses are on Instagram. Twitter, very few use now.

In 2017, he used Instagram to announce rejoining CSK in a subtle way. He did it himself. When I spoke to the CSK social media managers, they were clueless about his move. But once he had done it, they didn't have to promote that he will be back with CSK.

He is astute in doing business and he is very smart and desi in his ways. He is not someone who would buy an island, but right from the beginning he has been investing in real estate in India.

He is the only active cricketer to have his biography released with his own production company. Who would have thought of that! 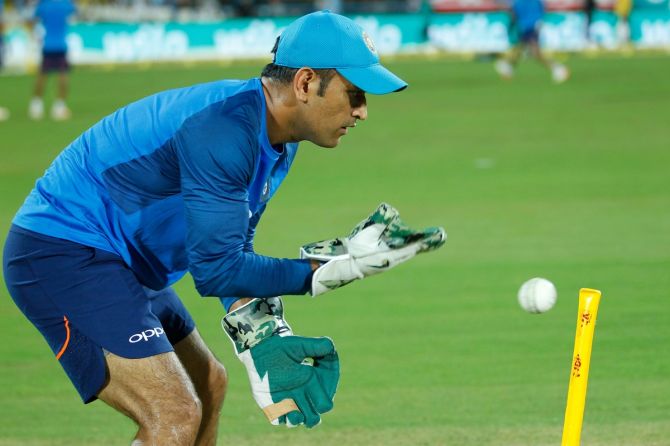 Has Dhoni paved the way for cricketers from tier-2 and 3 cities?

Much before Dhoni, Kapil Dev did it. It is not fair to give Dhoni that credit.

But what Dhoni got to the table was confidence. He taught us to do it our own way. Not sticking to conventions was his mantra. He didn't get intimidated.

Just look at the number of times he has changed his look! It is not that he is the best-looking cricketer or he is most articulate. But he is confident in his own skin.

So, yeah, he filled youngsters with hope that it is okay if you look a certain way or spoke a certain way. He released that tension and that is his biggest contribution.

Where does Dhoni stand in the context of great Indian captains?

Right up there! He won everything. All the ICC trophies and achieved the No 1 Test ranking; only Ricky Ponting has done that.

Actually, more than great; I would like to say influential. He got youngsters like Rohit (Sharma), Irfan (Pathan), (Suresh) Raina to be comfortable.

In white ball cricket definitely, no one comes near him. In Test cricket, it is debatable. IMAGE: Sakshi Singh Dhoni with a copy of Bharat Sundaresan's book on her husband.

Dhoni is called 'Captain Cool', 'Baahubali Captain'. What would you like to call him?

(Thinks for a while and then chuckles). I can write 6,000 words on this man, but can't describe him in one word.

REAL. I have met a lot of celebrities, but most of them live the character that we have created for them. But Dhoni is always real.

Of the innumerable interactions we have had, he would always be telling em to cut my hair and later his wife too.

In 2017, he told me in England that if I give shape to my hair in a certain way it will be lighter on my head. He said I am telling you for your own good.

So, there! Dhoni was giving me practical education on my hair!

Later in 2018 he spotted me after a press meet and remembered that I took his advice and shortened my hair. 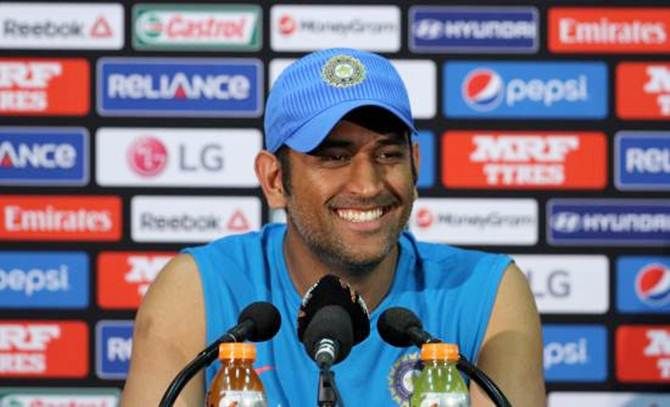 How do you think MSD handled the domestic media over his career span?

He changed the way how the Indian media functioned. He killed the source in the dressing room.

Post the 2007 World Cup debacle, he made it less porous and then put a complete stop to it.

The way he shut the media, it is still showing. His mistrust in the media is so evident that today even the juniors don't open up to the media.

He is not rude, but he has built a massive wall between cricketers and the media. 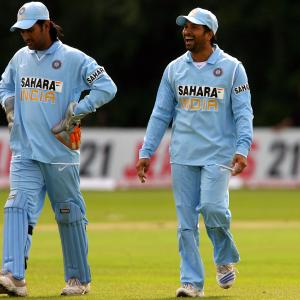