Why linking loans to external benchmark won't be easy for banks

The debate on the merits or otherwise of external benchmarks also does not answer a fundamental question raised by Viral Acharya, the former deputy governor of RBI: “The issue is - who should bear the interest rate risk in the economy: the borrower, or the depositor, or the bank?”

Senior bankers are trying to impress upon the central bank that the shift to external benchmark-linked lending be postponed to April 1, 2020.

It is Kumar’s way of mildly putting it across that the devil (as is usual) lurks in the detail even as banks double-down to pass on Mint Road’s policy rate cuts to customers.

A host of state-run banks have announced that they will offer loans to both retail customers and micro, small and medium enterprises or MSMEs linked to the repos rate, effective October 1.

SBI, which had launched a  repo-rate linked home-loan scheme in July, withdrew it later, but said on Monday that it would offer repo-based home loans from October 1.

It was Mark Twain who said: “The wit knows that his place is at the tail of a procession”.

And, private and foreign banks know this only too well and haven’t jumped on to the bandwagon.

In any case, they don’t have the pressure of being a banker to every or even every other Indian.

If grapevine is to be believed, senior bankers are trying to impress upon the central bank that the shift to external benchmark-linked lending be postponed to April 1, 2020; that it is unlikely to oblige is another matter.

A relaxation may also be sought by banks which are heavily dependent on wholesale deposits - that they be allowed to borrow more from the inter-bank markets.

And, the Clearing Corporation of India may be asked to come up with products that allow banks to take a contrary view on interest rates.

On the customer-facing side, bank officials also have the added responsibility of educating them.

“We are informing our customers what these external benchmarks are and how they work.

"Take the interest reset. It is now yearly, and it will take time to sensitise them to the quarterly resets, going ahead”, says Ajoy Nath, chief risk officer at IDBI Bank.

Banks, too, are on a learning curve.

Notes P V Bharathi, managing director and chief executive, Corporation Bank: “Banks have to decide the components to select the benchmark rates based on the profile of loan portfolio.

"In the marginal cost-based lending rate (MCLR) regime, these were specified.”

No banker will go public that the central bank’s move - well intentioned as it is - may not work on expected lines.

Banks in India are not wholesale-funded entities as in developed markets, but deposit-taking.

Only a percentage of their books is linked to borrowing at the repos window.

“Our money markets begin at Nariman Point (where SBI’s headquarters is located) and ends at Bandra-Kurla Complex (where some of the other state-run banks have their dealing rooms). Whatever SBI does, others follow,” quips a banker.

It’s a reference to a shallow money market, largely one-way in its outlook.

The Reserve Bank of India’s (RBI) Report on Trend and Progress of Banking in India (2017-18) highlights this aspect: “Term deposits grew concomitantly, although returns turned unattractive relative to other competing asset classes such as MFs and pension funds”.

And, FY18 also saw a deceleration in deposits, and consequently, borrowings by banks shot up by 31.4 per cent from a significant decline of 11.6 per cent in FY16.

The point, bankers stress, is that the cost of deposits is such that linking loans given out to external benchmarks will simply not fly.

What also needs to be factored in is the cost of maintaining the cash reserve ratio and the statutory liquidity ratio - few countries of comparable size as ours suck out such vast amount of funds in pre-emptions.

None have fired the way they were imagined.

The central bank’s view comes across in the Janak Raj Committee set up to review the working of MCLR: “Even after 21 months of introduction of the MCLR system, quite a sizable loan portfolio (of banks) continues to be at the BPLR and some, even at the BR.

"The existence of two or three bank lending systems at the same time does not bode well for transparency and monetary transmission.”

More fine tuning may be needed

Says a banker (closely involved with the Janak Raj Committee’s deliberations) who did not wish to be named: “I concede to all these points. But what has materially changed since this report was submitted?

"All these issues (raised by RBI and banks) are still around.”

And, this points to one shortcoming in particular in the planned switchover: “It is possible (and this has happened) that the yield on the 91-day T-BIll  does not mirror a cut in the repo rate.

"If the market feels that borrowings are to go up, then these (the yields) will reflect this reality even if the repo rate has been cut.”

A glimpse of this was evident when yield on 10-year dated-stock (the 7.26 per cent 2029) moved up by 40 basis points to 6.78 per cent at close of trade on the day of the Rs 1.45 trillon tax bonanza as the bond market seemed to be pencilling in higher borrowings.

Says Srikanth Vadlamani, vice-president and senior credit officer at Moody’s Investor Services: “The lack of a single benchmark that can consistently and accurately capture the movement of interest rates in the economy will also cause volatility to banks’ net-interest margin (NIM).

Adds Kumar: “Another issue banks will have to face is the impact on NIMs when we immediately pass on the benefit to customers.

"The only option left is to reduce the interest rate on deposits to protect margins.”

On the lending side, the issue of multiple benchmarks came up before the Janak Raj committee and it was felt that this could confuse borrowers as these may be applied differently across customers and sectors.

Says a banker: “The shift being sought to be affected (by way of external benchmarks) is well meaning.

"But operationally, it is not simple. It will be sometime before banks and borrowers get a fix on it.”

The debate on the merits or otherwise of external benchmarks also does not answer a fundamental question raised by Viral Acharya, the former deputy governor of RBI: “The issue is - who should bear the interest rate risk in the economy: the borrower, or the depositor, or the bank?”

As for those who have got on to the external benchmarks’ bandwagon to please some quarters, Twain could be a better anchor: “The wit knows that his place is at the tail of a procession”. 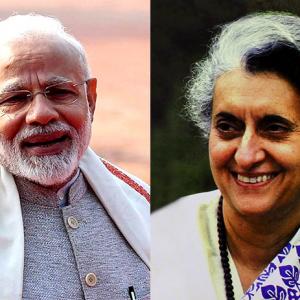