Be it loan waiver or DBT transfer, it only helps in creating a "feel good" factor and postpones the problem for some time if structural problems are not handled. 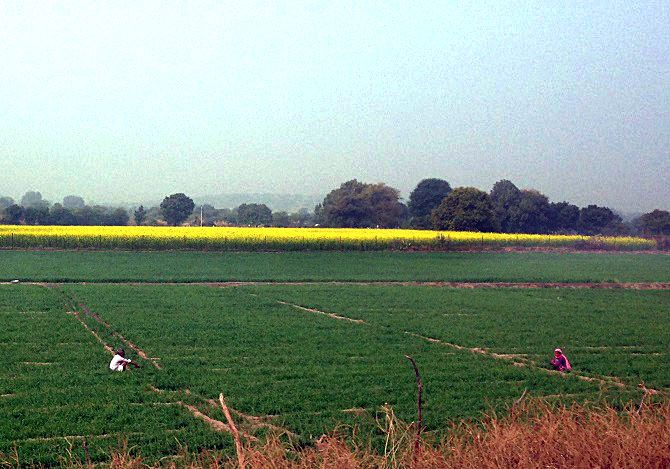 Waiving farm loans is like plucking low-hanging fruit in India's political economy. And it skirts the issue of major reforms required in the agri-economic system. Without structural changes, the distress resurfaces and the crisis recurs.

At the very least, blanket loan waivers are questionable on equity grounds. They benefit the larger borrowers more than small and marginal ones.

Union government data on the indebtedness of agricultural households according to land size (extracted from bank statistics) shows that the average outstanding loan of the smallest farmers owning less than one hectare is one-tenth that of farmers owning 10 hectares or more. It is also one-sixth and one-fourth the size of loans of farmers having four to 10 hectares and two to four hectares respectively.

Contrary to popular belief, small and marginal farmers and agricultural labourers rarely access institutional credit. Moneylenders account for 36 per cent of agricultural credit at usurious rates of 24-48 per cent (All India Debt and Investment Survey, ICRIER Working Paper No. 302).

Though electorally attractive, they miss the crux of the problem of the farm sector and desirable pathways for making the agri-ecosystem sustainable. And they exclude policy actions that have the ability to reverse farm distress and place agriculture in a virtuous cycle.

If loan waivers are carried out all over the country it will involve forbearance equal to two per cent of GDP. The waiver of 1989 was of the order of 1.7 per cent of India's GDP.

The recent farm loan waiver in Uttar Pradesh was for Rs 360 billion, and amounted to four per cent of UP's gross state domestic product. Despite these waivers, the position of farmers has not shown any noticeable improvement. Most loans are taken by the relatively better-off farmers (medium or large) who are better able to cope with crop failure and market failure.

It is important to recognise that farmers who take institutional credit also take loans from multiple sources, such as money lenders and landlords. These loans are more problematic because they carry usurious interest rates that are compounded exponentially and have lower thresholds of tolerance. More than 30 per cent of the borrowings of medium or large farmers are from these sources, whereas for small and marginal farmers it is around 50 per cent.

Deshpande and Mishra in their studies of Karnataka and Maharashtra, respectively, found that the higher debt burden from informal credit sources which lend at high interest rates is the common thread connecting victims of suicide among farmers, even though they had taken the loans for cash crops, and taken them with market optimism. In the case of victims, 72 per cent of debt was outstanding, against 38 per cent for the control group.

So, the problem of agricultural indebtedness is very different from what political economy would have us believe. Indebtedness, though a humongous problem for small and marginal farmers, is not to institutional sources. It is mostly to informal sources such as money lenders.

Instead of settling the loan with the bank, it is better to give the support amount per household to the bottom 70 percent of rural households by Direct Benefit Transfer (DBT). Currently, agricultural households owe an average of Rs 47,000 borrowed from moneylenders.

Be it loan waiver or DBT transfer, it only helps in creating a "feel good" factor and postpones the problem for some time if structural problems are not handled.

Along with the DBT transfer, the government should recognise the importance of moneylenders in the agricultural economy where timely credit, even though small, is important and weak collateral recognition is critical to extending succour to small and marginal farmers.

It would be wise to recognise the role of moneylenders and bring them into the formal network. They can be recognised as non-banking financial companies with simple registration and freedom to charge within a band of five per cent of bank rates. This will make the informal financing source identifiable, loan accounting transparent and the interest rate less usurious.

Loan waivers barely address the problems of small and marginal farmers. They only help the larger farmers benefit disproportionately. Their correlation with reduction in agrarian distress appears insignificant, as past loan waivers do not reflect reduction of distress and reconfiguration of farm accounts in any meaningful manner. Meanwhile, the problem continues. 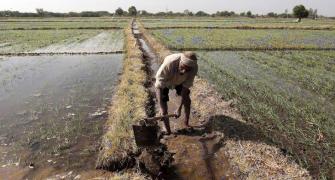