Foreign banks set the template in consumer banking in its infancy, but have almost vacated this booming space. 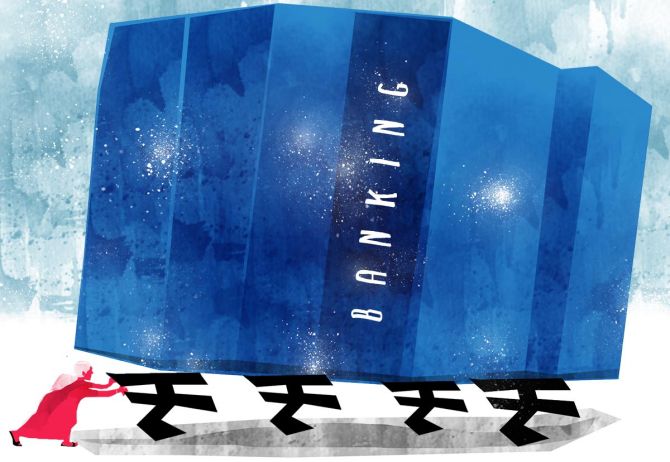 On March 8, Axis Bank informed the bourses it is yet to take a call on buying out Citibank’s retail business in India, and “as such, no disclosure is required to be made under Regulation 30 of the Listing Regulations.”

But the day Amitabh Chaudhry, the bank’s managing director and chief executive officer (CEO), writes a cheque for this expansive slow-cooked deal — speculated to be in the region of $2.3 billion (all-cash) — he will make history.

After all, it was Citibank which had set the template for retail banking in India — the early evangelists being Jerry Rao and the late Ashoke Dutt, who had bought the Diners franchise to kick-start the bank’s plastic foray before rolling out the full retail ensemble.

In the three decades since, Standard Chartered Bank (StanChart), HSBC, Bank of America (BankAm), ABN Amro Bank, Deutsche Bank, ING Bank, and Barclays Bank (and many others with varying intensity) have batted on the retail pitch, but only the first two remain at the crease.

Contrast this with general retailing, where just about every global brand — in perfumes, footwear, automobiles, snacks and drinks, you name it — finds a place on the shelves.

But foreign banks — despite their fat wallets, technology, manpower, and brand equity — have failed to crack this space.

Life in the outposts

Chaudhry is reticent, given the noise aro­und the Axis Bank-Citi deal, but cautions that “retail takes a long time to break even.

"You have to invest in this journey,” elaborating that “profitability at a customer level is very low and hence, you have to be at scale to be meaningful.

"And to achieve it, you need to invest in distribution, reach, people, operations.”

Says Zarin Daruwala, “We have been in India for well over 160 years, and our retail suite is specifically developed for this market.

"The India franchise was among the top three in 2021 — by both revenue and profits — in their contribution to the global performance of StanChart.” Daruwala — the bank’s cluster CEO for India, Bangladesh, Nepal and Sri Lanka — is hinting that you have to be seriously grounded.

Hitendra Dave, CEO of HSBC (India) is candid: “There’s no doubt that many foreign banks didn’t invest as needed out here in the nineties and the early part of the millennium.

"It could be that for many of them, India was not a big contributor to their global book.

"And you also have to give credit where it’s due, to our world-class private banks.”

Eye off the ball

StanChart’s and HSBC’s vintage of 160-plus years in India is only a marker of attendance, not crucial in itself for their success as full-service banks.

As post-1991, business rules and lines changed in their entirety.

Again, not many are aware that Citi also has a 100-year plus residency out here (and is set to jettison retail).

And BankAm, Deutsche Bank and BNP Paribas have been around for well over 50 years, and had also toyed with retail.

The point is that it doesn’t take several decades to “understand” what, for foreign banks, is a highly restrictive market, to begin with.

And the DBS Group’s 2020 purchase of Lakshmi Vilas Bank, or the fact that Deutsche Bank and BNP Paribas continue to be invested in the high-end wealth management business, are outliers.

Why did the early-mover advantage in retail dissipate for this genre of banks?

“This is the biggest differentiator in favour of local banks in every large country.”

But then, if the going is so tough, why are foreign banks still clinging to corporate banking?

But wholesale is different

“It’s not that foreign banks are not bullish on India.

"They are — on the corporate and investment banking side,” says Arun Duggal, former country head of BankAm (India), and currently the non-executive chairman at ICRA Ratings.

“But retail banking calls for a very close interaction with what is happening at the ground level.

"And the strategy around this business — whether to stay put or exit — in foreign banks is decided by the global bosses,” he adds.

It was on Duggal’s watch that BankAm sold its Asian retail book, following its merger with Nationsbank in 1999, to ABN Amro Bank for $200 million.

This could also explain why ANZ Grindlays Bank sold its India and West Asia operations to StanChart for $1.3 billion in 2000.

Basically, they raised capital to deploy it elsewhere.

But why is it that it is mostly retail that gets the axe, at least in India?

"If the retail book in India is trading at nearly double that or more, and if global banks need to raise capital, one logical option is to exit local businesses like retail banking and deploy the capital in global businesses,” points out Gunit Chadha, founder of APAC Financial, and former CEO of Deutsche Bank (Asia Pacific).

It would not be far-fetched to deduce that high-street wealth management continues to be a “go-to” business for foreign banks because it tends to mirror investment banking at its rarefied heights.

Chadha adds: “We should not forget that the retail businesses of most foreign banks in India are top-class, even if niche.

"It’s just that the chessboard looks very different when you look at the competition today.”

Elaborating, he explains: “Over the last decade, most foreign banks were having only niche retail businesses in India, with no real differentiation in product, technology or talent, or the distribution reach of local banks.

"Let’s remember that retail is a local business, not a global business like investment banking or capital markets.”

It’s also another reason why foreign banks didn’t opt for local incorporation — which would have required folding their Indian operations into a subsidiary — even as the Reserve Bank of India dangled the promise of “near-national treatment.”

Take StanChart, for instance: It listed parent, StanChart Plc, in India through the Indian Depository Receipts route in 2010 (which stands extinguished now).

It needs to be mentioned here that while there is no link between a foreign bank’s IDR and local incorporation, both — at one level — reflects how India is viewed.

“It’s not easy for foreign banks to go in for local incorporation, as it changes the entire business model. What the ‘near-national treatment’ promises is vague in terms of branch presence, but the costs are real,” says Shinjini Kumar, former consumer banking head of Citibank (India).

She fleshes out the technical aspects — the concept of home and host country for foreign banks, a tightrope walk which straddles regulations, capital requirements, reputation and risk management.

“The treatment of capital deployed in a subsidiary is far more onerous and expensive in most home jurisdictions.

"Largely, you will have to net off (as in subtract) the capital in India from the parent’s capital,” she explains.

While it may not affect some of the larger global banks with a relatively small India footprint, as the India business grows and needs more capital, it will matter.

Kumar adds: “And if you wanted to keep it small, why incorporate locally in the first place?

"Most other advantages that foreign banks have as branches, such as global platforms, risk limits, and country rating benefits, stand to be diluted or disappear.

"And what is the gain? At best, an uncertain promise of growth.”

The plot that has unfolded in India had been forecast in a report (Foreign Banks in India: At an inflection) authored in 2013 by Kumar and her then colleague Manoj K Kashyap for PwC (where she was leader, banking and capital markets).

The duo had noted that although a dispassionate analysis of the India opportunity or the India threat “will show a long-term secular trend of growth ignoring short-term exuberance or pessimism, in reality, foreign bank branches compete with other geographies for resource, capital and talent allocation.”

The report noted that while the decision to stay or grow requires fervent championship within organisations, there are many instances of banks withdrawing from India on the back of minor or major shocks.

In such cases, attempting to regain a foothold and re-build credibility with regulators or clientele is not easy.

In turn, policymakers expecting long-term commitment from global organisations have the responsibility of providing a somewhat predictable growth path that can make a long-term view on the India business possible.

It’s been a long march — into and away from retail banking — for foreign banks.

Top-line private banks in the country now have an excess of retail assets compared to wholesale loans.

Their share in incremental credit growth in recent years is more than 75 per cent, and has come at the expense of state-run banks.

Delinquency levels in retail have inched up across lender categories.

The Ukraine blowout will mean prolonged pain for India Inc, even as the residual effects of the pandemic continue to linger.

Stitch the dots together: State-run banks will continue to lose market share as they are nowhere as competitive as private banks; and the latter, in their enthusiasm for growth, may end with huge delinquencies on their books.

This can raise complications on a massive scale.

Banks will have to chase millions of customers to recover retail dud loans.

The costs involved are huge and, in many cases, would not be worth the interest amount due on a loan, or even the original principal itself.

In the case of unsecured consumer or two-wheeler loans, banks will have to take a provisioning hit.

Furthermore, retail advances have yet to be severely tested during down-cycles, a fact that was highlighted by Moody’s back in 2003.

Banks are slowly coming out of a huge uptick in corporate bad loans over the past decade.

They cannot afford a similar crisis on the retail front, especially state-run banks, as capital support from the Centre is off the table now.

Foreign banks may have done the right thing in exiting retail banking! 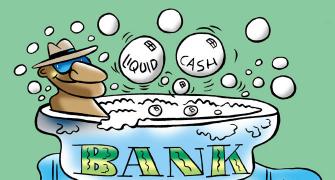 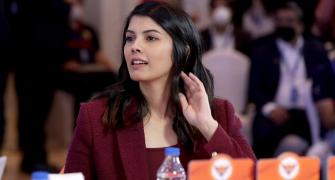 Playing Moneyball With The IPL? 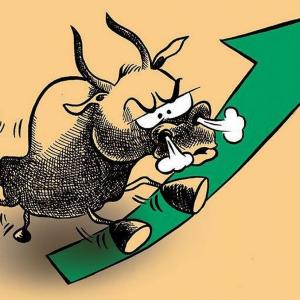 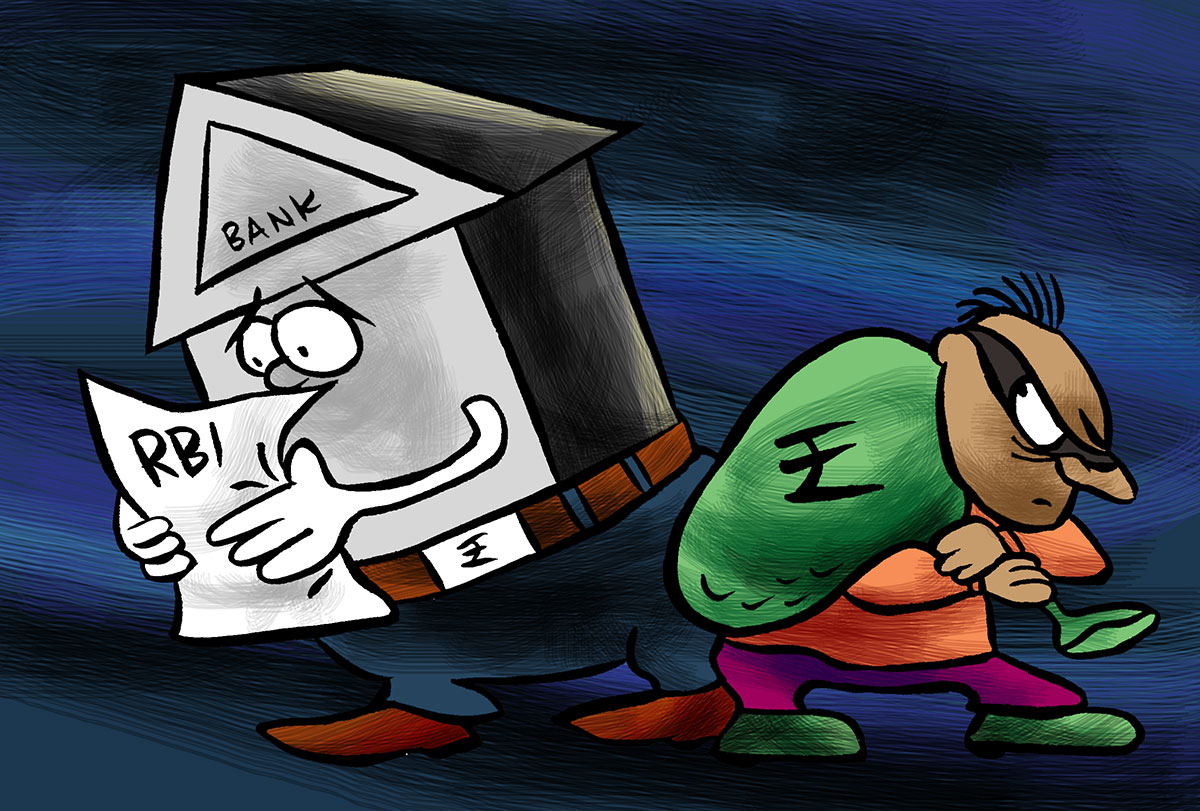 Will entry of PEs into banks mean better governance?