'It's the brazen corruption involving politicians that makes you sit up years after the event,' notes Nivedita Mookerji after reading B K Syngal's Telecom Man. 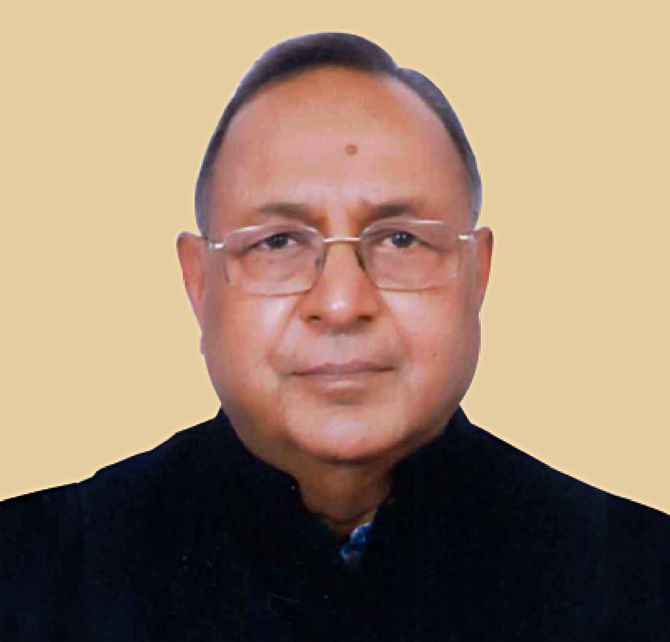 Some things don't change, and controversy in the telecom sector is one of them.

This telecom story, set in another era, connects with the reader at a time when the sector is at a crossroads once again.

If the noise is concentrated around AGR (adjusted gross revenue) right now, the GDR (global depository receipt) issue of Videsh Sanchar Nigam Ltd (VSNL) was the centrepiece of politics and media attention in the nineties.

Brijendra K Syngal, who is approaching the ninth decade of his life, reminds you that telecom policy was just as tumultuous years ago as it is now.

Telecom Man captures the essence of the industry in all its shades.

Syngal, who has been acknowledged as the father of the Indian Internet, tracks his journey from Ambala to London and then to Mumbai and New Delhi in a riveting autobiographical account of how politics meets business.

There are many reasons this book holds your attention.

For one, it takes you back to the days of oh-so-primitive access to the Internet through VSNL, which Syngal came to head, leaving a successful stint at Inmarsat in London after getting a call from Sam Pitroda.

It's another matter that when the former IITian took charge at VSNL in 1991 at a salary of Rs 9,000 a month, Rajiv Gandhi had been assassinated and Pitroda sidelined.

Telecom Man is a page-turner also because it covers three governments and five telecom ministers during Syngal's seven years at VSNL.

'I had to walk a tightrope,' he writes as he describes his close brush with political antagonism. The closure came in June 1998, when he was fired via fax 'for not bowing down to pressure from my political masters''

He describes his exit from VSNL in great detail in the 14th chapter; from there on the narrative picks up pace, raising your expectations from the book and mostly meeting it.

The last few chapters take you effortlessly from the hardcore government setting to the big league corporate world, giving a blow-by-blow account of how business honchos plan, plot and manipulate in corner rooms and elsewhere -- scarcely different from political intrigues and betrayals.

Setting the theme for transition from a government-run organisation to India Inc after Syngal's sacking at VSNL, the book says, 'In 15 minutes, Anil Ambani was on the phone. He invited me for coffee the next morning.'

For the next two-and-a-half years, Syngal got busy drawing up the telecom blueprint for Reliance when the two brothers were still together.

The weak link of the book is the chapter on the alleged 2G spectrum scam.

There is little new information on the subject.

Also, while Syngal may have had a significant role, as part of an advocacy group, in assessing the loss to the national exchequer due to the 2G scam, there are many question marks over the calculation of that number of Rs 1.76 trillion.

Seven years after the scam came into the public domain, the special CBI court in December 2017 acquitted all 18 accused in the case on grounds that the prosecution had failed to prove the charges.

The book may have been even better if 2G had been given only a passing reference. IMAGE: Sukh Ram, minister of communications and information technology from 1993 to 1996.

The strength of Telecom Man lies in the honest portrayal of events, enriching anecdotes and critical evaluation of the protagonists, including himself.

For instance, the Internet was launched with fanfare in India on August 15, 1995, when even China didn't have it.

A Chinese minister visited VSNL in 1996 to learn the 'tricks of the trade'.

The book admits that the euphoria died down soon 'as our estimation of the network had been absolutely wrong... and there were fundamental tech flaws that we had overlooked'.

Modems were not robust enough, there were beeps every three minutes, connections dropped and the software crowd in Bengaluru was angry that the city was left out in Internet connectivity.

While Syngal as CMD of VSNL was getting slammed for all this, there was a bigger problem to which he had no answer -- ministers and bureaucrats complained that Internet was allowing easy access to ashleelta (obscenity)!

VSNL's ambitious GDR idea, how it bombed the first time and then the big success occupy a good part of the book, and rightly so.

The action around the GDR issue brings alive people who mattered while Syngal was getting in and out of multiple crisis situations -- from Rajesh Pilot to Sukh Ram, N Vittal to R K Takkar, N K Singh to Beni Verma and Sushma Swaraj.

Telecom Man will be remembered for its humorous moments too.

For example, the book recalls a 1992 trip by then PM Narasimha Rao to Rio de Janeiro for a climate change summit.

Rao's calls to his household kept disconnecting and all hell broke loose.

Ramu Damodaran, who was private secretary to Rao, called then communications minister Rajesh Pilot to complain.

Pilot's reply: 'Ramuji, in India people don't even get phones. What's the big deal about one call getting disconnected?'

It's another matter that Syngal and his team had to concoct a story that Brazil functions at 110 volts while India functions at 220 volts.

And that the wire converting the voltage had snapped and there was a power failure resulting in the call being disconnected. But it's the brazen corruption involving politicians that makes you sit up years after the event.

After Pilot was moved to the home ministry, Sukh Ram came in as communications minister.

By this time the race for the global coordinator for VSNL's GDR had started.

While the selection process was on, Syngal got a call from Sukh Ram.

Snubbing him for running a beauty parade, the minister ordered Syngal to award the contract to one particular American investment bank.

Syngal did not, citing rules.

Though the relationship between the two improved over time, Syngal claims he was caught in the political quagmire when cash worth more than Rs 3 crore was found under a mattress in Sukh Ram's home.

According to Syngal, officials of the Department of Telecommunications were trying to sabotage his extension as VSNL CMD by convincing the authorities that he had made money on the side along with Sukh Ram.

VSNL was not the only place from which Syngal was sacked.

It was the same at Reliance where he failed to get along with Manoj Modi, Mukesh Ambani's powerful right hand man, as well as at BPL Communications.

And he admits to all this in as many words.

But the manner of Syngal's exit from VSNL lingers after you've finished reading the book.

'/In February 1998, the Vajpayee-led government was sworn in... It did not seem to me at that time that things were so bad that they would remove me,' Syngal writes. He often wonders why the NDA government disliked him so much -- probably because 'they considered me to be a Congress lackey'...

They also thought he was a control freak and did not want any competition for VSNL.

'And they thought I was corrupt... They kept suspecting that I was on the take and wanted me out.'

Although the book refers to Reliance as a hotel where one can check in but not check out, Syngal's introspection while checking out of VSNL is the most poignant moment in Telecom Man. 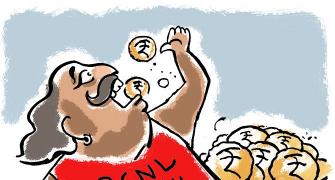 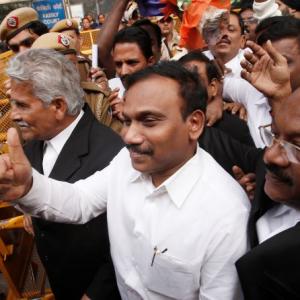