News
Business
Movies
Sports
Cricket
Get Ahead
Money Tips
Shopping
Sign in  |  Create a Rediffmail account
Rediff.com  » Business » 2016: The ads we loved, the ads that worked 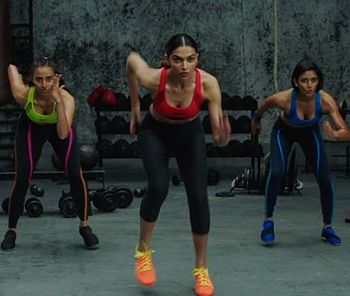 Experts pick the most effective advertisements of the year. In a world full of force fitted, inane, idea-less celebrity ads, this piece of work comes as a breath of fresh air. The idea is simple and strong, the choice of celebrity is bang on, unique and not just another cricketer or Bollywood star.

The story is beautifully told. There is a wonderful vulnerability and pathos in the story of Khali and it is married to the promise of the product smoothly. The film is shot beautifully and pushes the right emotional buttons with the viewer. In a category with little product differentiation so that creating memorability is a very hard task, this piece successfully creates a place in the heart for the brand and leaves behind a very nice residue. A different take. A different approach. A different way of doing airline communication. Instead of showing slow-mo shots of reclining seats, well-styled food shots, smiling air hostesses and ending with an inane line with wordplay on flying thrown in, British Airways broke the mould with their approach of doing a story of a crew member falling in love with India.

The story is beautifully told, beautifully shot and lands smoothly on the idea of British Airways loving India back for the last 50 years.

That a seven-minute-long advertisement was seen, enjoyed and talked about by millions of Indians, breaking the stupid notion that people don't have the patience or time to see long format advertising.

The fact that this piece went viral all over the world and trended on social media for such a long period is a testament to the freshness of the idea and the beauty of the execution. Sports is a great avenue to talk about women empowerment and Nike delivers on this theme in a strong and engaging manner, without making it melodramatic. The ad has an "anthemic" feel to it. The pace, the scale and the intensity all work together to give the theme a sense of movement and present the message as a rallying cry.

Craft-wise you can see genius in first and foremost the music. It is catchy and sets a dramatic pace for a squad of powerful, talented and uncelebrated sportswomen. In short, it ensures engagement and stickiness.

The visuals are a delight too. No fancy gyms, arenas or tracks. They are shown playing in crowded city streets, building terraces, residential compounds, true to the core.

All these elements just fuse that it would inspire anyone (even me) to get going. Overall, this has the power to move people and create strong brand affinity. This will undoubtedly make Nike a much stronger brand with a new set of audience. A Doublemint chewing gum ad made for a smooth visual narrative with a silky remixed version of the famous Kishore Kumar number "Ek ajnabi haseena se".

The duration of the film, which makes it likeable, is worth a mention. The idea of making it like a music video separates it from being an "ad". An ad always comes with the intention of "selling" directly or indirectly, overtly or subtly. Contrary to this usual approach, this one is mighty able to engage and persuade the target audience (teenagers and youth) very well. The pegging of product (Doublemint chewing gum) is from the protagonists' first kiss to the last shot of the film. The high point comes when the girl reaches the boy's house in the end and we see dominoes formed by Doublemint packs with an instruction ("tap me"). Just when she taps one, the packs form the pattern, "forever love". My choice would be Bajaj V and all the work that was built around it. I think fantastic work happens when everything comes together for it. The idea, the product, the conviction to get it done, the creative output… everything came together wonderfully for this campaign.

We're constantly trying to change the language that brands traditionally use and that's what makes the Bajaj V work unique. It wasn't about the bike or biking or everything else we traditionally associate with the category. In a world where two-wheelers are trapped in CCs, FE and styling, Bajaj V sat all of us down around a fireplace and narrated a story.

And here's hoping 2017 is filled with more fireplace stories instead of fireworks. 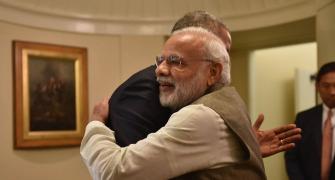 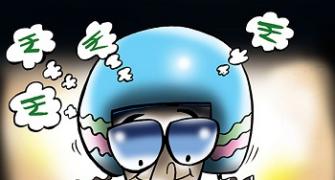 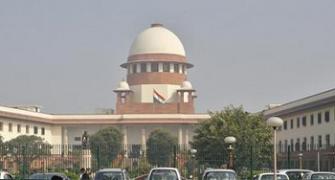 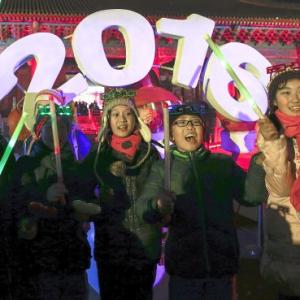 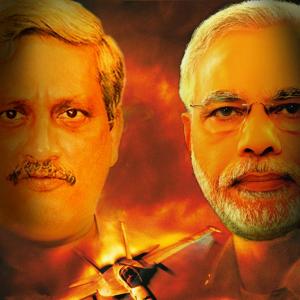