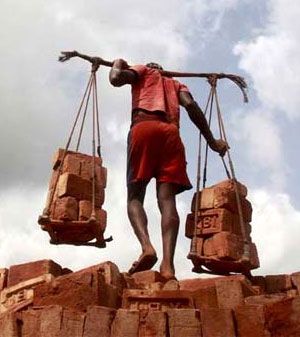 Private consumption is looking up and will get better as the full effect of the good monsoon  is felt on rural income, and the effect of the payout from the Seventh Pay Commission is felt on urban income, say Anis Chakravarty & Rishi Shah. The Gross Domestic Product (GDP) numbers for the first quarter have surprised many as they show a deceleration in the growth momentum.

However, the key question is whether the narrative of our domestic growth story has changed and more importantly, what can be expected in coming quarters.

To start with, there is an important distinction that needs to be made between GDP and Gross Value Added (GVA), a metric which seems more closely related with the situation on the ground.

The GVA is shade higher at 7.3 per cent from Q1 FY16 and a shade lower than the previous quarter’s 7.4 per cent, showing that activity levels are stable above the seven per cent mark.

Furthermore, GDP is essentially GVA plus indirect taxes and minus subsidies. A careful look suggests that subsidies have jumped by over 50 per cent as compared to last year, a fact also pointed out by the chief statistician.

This coupled with the fact that growth in indirect taxes could have undershot expectations has resulted in a GDP number that is lower than the GVA number.

As such, this could easily change, as the government is likely to pay out a lesser amount as subsidies and possibly get higher indirect taxes, which the latest data reveals have grown by 29.9 per cent in the period from April to July.

Moving on, it is important to look at the minutiae of the overall data and ascertain where we might be headed in the coming quarters. This is a crucial question when one factors in the global economic situation, wherein Chinese growth is slowing, Britain has decided to exit the EU and Japanese growth is stalling.

For the full year, we can expect a modest improvement in growth and GDP to possibly be in the 7.5-7.8 per cent range. The supply side data shows that at the sectoral level manufacturing growth continues to surprise on the upside, particularly in the backdrop of subdued performance according to the IIP data.

The other parts of industry, namely construction and category of mining and quarrying also came in below par. While growth in mining was at odds with other data points, the low growth number in construction was more on expected lines, given that domestic real estate activity has suffered a slowdown.

On the agricultural side, the growth numbers were low, as they came at the end of two years of failed monsoons. Leading indicators clearly show that agricultural performance in the coming quarters would be much better and also benefit from last year’s low base.

Services continued to do well, as the government front-loaded its expenditure and public services GVA grew by 12.3 per cent, while trade services moderated somewhat and financial services saw a slight acceleration in growth rates.

Overall, services saw an improvement and could potentially see better numbers as the performance of certain other sectors improves.

Now, if this data is looked at in conjunction with the consumption side numbers, the story becomes clear. As of now, growth is being powered by consumption even though the April-June quarter’s numbers were lower than the previous quarter’s.

Private consumption is looking up and will get better as the full effects of the good monsoons are felt on rural income and the payout from the Seventh Pay Commission is felt on urban income.

With the government also playing its part by providing sufficiently for MGNREGA and raising the minimum wage, these numbers alone could drive the GDP higher from current levels.

However, the deficiency in terms of investment growth remains. Investments as measured by growth in gross fixed capital formation contracted for the second quarter in a row despite the government’s push.

This highlights the fact that it will possibly take longer for the government infrastructure push to crowd in private investments. Further, the private sector is laden with excess capacity in a number of sectors that are driven by commodity prices, which in turn are unlikely to move up, as the global demand situation remains grim.

To top it off, the private sector is still trying to deleverage, while the banking system is sorting out its non-performing asset problem, creating a mix wherein credit demand and disbursal both remain low.

Given the latest capacity utilisation rate at 74 per cent for the fourth quarter of FY16, as put out by the RBI for industry, investments are unlikely to pick up in a hurry.

In the near term the heavy lifting will have to be done by the consumption expenditure that should translate into higher investment levels over the next four to six quarters.

This highlights the fact that we are in a phase of slow recovery wherein growth has likely stabilised over the seven per cent mark and any improvement will be gradual.

Going forward, growth is most likely to witness an uptick on the back of better agricultural performance coupled with an increase in private demand.

The government’s will need to continue with its push for further reforms and improve the overall ease of doing business. For the full year, we can expect a modest improvement in growth and GDP to possibly be in the 7.5-7.8 per cent range.

Anis Chakravarty is Lead Economist, and Rishi Shah is Economist at Deloitte.