News
Business
Movies
Sports
Cricket
Get Ahead
Money Tips
Shopping
Sign in  |  Create a Rediffmail account
Rediff.com  » Business » The rise and 'fall' of a brilliant entrepreneur

Yadav may have forgotten that leadership of a larger scaled-up venture requires something more than individual brilliance, says Shyamal Majumdar. 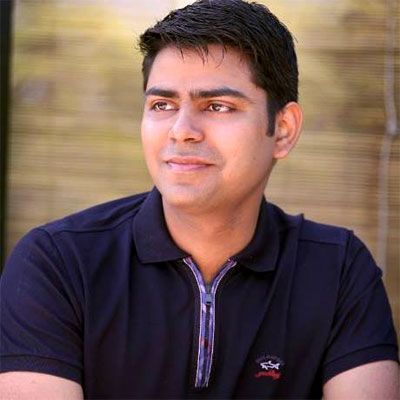 After the Housing board fired him on Wednesday afternoon, Rahul Yadav didn’t lose much time in getting back to his favourite hobby of beating his own drum. Among other things, he described himself as a “genius billionaire philanthropist.” But now that he is free from his daily chores at Housing, Yadav may like to spare a thought for the 2,500-odd employees of Housing who find themselves facing an uncertain future.

Yadav would contest this by saying he has taken care of their future by giving away his entire 4.57% stake in the company to employees. But that would be an insult to his former colleagues, most of whom had joined the company for a career and not for being beneficiaries of his charity. A majority of them must be feeling short-changed by their 26-year-old former CEO.

No one can deny Yadav’s brilliance. He did play a pivotal role in building Housing from scratch into one of Indian start-ups’ prime success stories. Investors showed faith in his vision that included going beyond India’s first well-planned map-based portal for real estate. He did speak about building an online community who would help design the next generation of houses.

But somewhere along the way, Yadav may have forgotten that leadership of a larger scaled-up venture requires something more than individual brilliance. It requires you to be responsible not only to yourself but to the thousands of people who work with you and the investors who have placed faith in you. That is where Yadav has let everybody down.

He perhaps thought respecting your people or investors is some warm and fuzzy management fad and that the boss must be someone whose mood ranges from sour to apoplectic. The fact that your success depends on staying in tune with the people with whom you interact most frequently and intensely is true whether you are the CEO of a Fortune 500 company or the head of a neighbourhood grocery shop.

So there was no harm if the young CEO of a start-up disagreed with his investors, but where Yadav slipped badly was not showing the maturity of dealing with that in private conversations. Instead, he chose to publicly abuse his investors of being intellectually incapable and warned them to stop messing around, etc.

Were the investors so desperate or so dependent on the CEO that they allowed him to withdraw his resignation at the first instance despite his public pronouncements that betrayed his everyone-is-dumb-but-me mindset? The answer to that question is necessary for the long-term future of Housing.

Yadav’s antics also raise the question whether brilliance alone is enough to make you a leader. Some firms promote even an above-average accountant to a manager because he has the potential to outperform an outstanding accountant in the same managerial position. This does not mean that the outstanding accountant should be ignored, but that the career ladder for him may possibly lie sideways rather than head upward.

His king-sized ego and sense of self-importance may prompt Yadav to compare his fate with Steve Jobs who was ousted in 1985 from Apple, a company he had co-founded nine years earlier after a very public showdown in the board. The comparison with the iconic Jobs may sound odd and it looks highly unlikely that Housing would ever turn to Yadav again (Apple did that with Jobs), but in his hour of crisis Yadav would do well to know that Jobs learnt a lot in those intervening years of wilderness.

The great man had himself acknowledged that in a commencement speech at Stanford University: "I didn't see it then, but it turned out that getting fired from Apple was the best thing that could have ever happened to me. The heaviness of being successful was replaced by the lightness of being a beginner again, less sure about everything. It freed me to enter into one of the most creative periods of my life. (The sacking) was awful tasting medicine, but I guess the patient needed it. Sometimes life hits you in the head with a brick. Don't lose faith.”

When he gets some time off his Facebook messages, Yadav could learn a thing or two from the great man’s life.