How young policymakers could change climate of gloom

Dr Rajan’s comprehensive opening statement and his commitment to communication made a good impression -- as did his forthright manner and the way that he expressed his willingness to take unpopular decisions, saying that he was not in the job to earn ‘Facebook likes’. 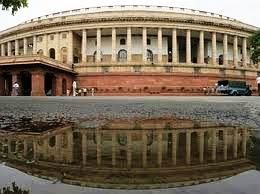 Raghuram Rajan’s welcome as the new governor of the Reserve Bank of India reveals the degree to which a breath of fresh air is desperately wanted in India’s corridors of power.

The stock market responded to his speech by going up by over two per cent; the rupee also gained in strength, by about 1.45 per cent, against the dollar.

This was most likely a response to what Dr Rajan had said on Wednesday; but it is equally likely that it was a Rajan effect, a consequence of the fact that Dr Rajan is smart, relatively young, and brings new ideas to an institution that some thought had begun to labour under the weight of its own history and precedent.

Dr Rajan’s comprehensive opening statement and his commitment to communication made a good impression -- as did his forthright manner and the way that he expressed his willingness to take unpopular decisions, saying that he was not in the job to earn ‘Facebook likes’.

Prime Minister Manmohan Singh has finally made an appointment that gives observers hope. The United Progressive Alliance government -- and any possible competitors and successors -- should learn from this.

Particularly under the UPA, there has been a striking lack of willingness for the older generation of policy czars to give way to younger people.

The Union Cabinet itself has 32 ministers; their average age is 67.

In the most recent reshuffle, in June this year, Dr Singh brought four new ministers into his Cabinet -- and the four had an average age of 73.

So India, which has one of the youngest populations in the world, has a council of ministers that is certainly among the oldest in the world.

Worse, this extends not just to politically significant ministries like the home or defence ministries, but to key economic portfolios like coal and railways, labour and steel.

Nor have the UPA and Dr Singh, aside from Dr Rajan, shown confidence in any younger voices even as trusted advisors.

The chairman of the Prime Minister’s Economic Advisory Council, C Rangarajan, is the default choice for economic input on matters as diverse as gas pricing and sugar.

Dr Rangarajan became the RBI governor more than 20 years ago.

The other names tapped for such advice are not exactly young, either -- Kirit Parikh, for example, was a member of Rajiv Gandhi’s economic advisory council; Sam Pitroda, who is burdened with several technology-related missions, was also a member of Rajiv Gandhi’s administration; and V Krishnamurthy, the go-to man for manufacturing policy, took charge of BHEL as many as 40 years ago.

Instead of giving these men more and more responsibility, younger advisors should become senior implementers and doers.

People in their 50s, like Dr Rajan is now -- as Dr Singh and Mr Pitroda and all the others were when they first started shaping Indian policy.

For the Congress and the UPA government, this would make sound political sense, too. The aimlessness and incapacity associated with UPA-II have only been underlined by the apparent lack of any heirs to the current ruling generation.

Rather than being a one-star party, an increasingly dangerous strategy, the party can show it has many.
Business Standard
Source: