What was the fraud? Why did Sebi drag its feet on the order? What options does RIL have now? Samie Modak explains these and more.

Market regulator Securities and Exchange Board of India (Sebi) on Friday passed an order against Reliance Industries, the country's second most valuable firm, asking it to disgorge Rs 447 crore (rs 4.47 billion) made illegally, along with interest of 12 per cent per annum since November 2007. We explain the various aspects of the case: 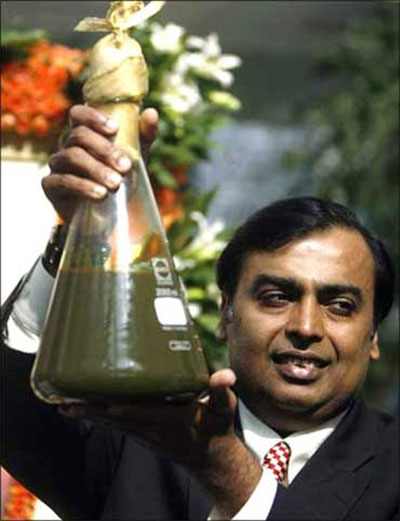 What is the alleged fraud by Reliance Industries?

In March 2007, the board of directors of Reliance Industries decided to sell the company's five per cent stake in Reliance Petroleum.

The sale was done in multiple tranches in the month of November through open market transaction - selling of shares on the cash segment of the stock exchange. (In 2009, Reliance Petroleum was merged with Reliance Industries and it no longer exists as a standalone listed entity).

Anticipating that the share sale would cause the stock price to fall, Reliance Industries built aggressive short positions in Reliance Petroleum through 12 front entities.

The positions were taken in the derivatives segment of the National Stock Exchange by shorting Reliance Petroleum November 2007 Futures.

As per stock exchange rules, there are limits on how much one client can hold (known as client wide position limit). In case of Reliance Petroleum, it was around nine million shares. Therefore, the trades were done through 12 entities circumvent the limit.

The position created by these entities accounted for 93.63 per cent of outstanding positions (open interest) in the November futures contracts of Reliance Petroleum. In other words, almost all of the open interest belonged to 12 front entities of Reliance Industries.

Sebi investigation showed that each of the 12 entities had undertaken the trade on behalf of Reliance Industries. And the profits made were transferred to the company and accounted for as ‘other income’ in RIL's profit and loss account for the financial year ended March 31, 2008.

On November 29, 2007, Reliance Industries sold another 19.5 million shares (worth over Rs 400 crore) during the last ten minutes of trade. It placed these orders “well below” the last traded price, which triggered a drop in Reliance Petroleum’s share price.

By doing this, Reliance Industries, through the front entities, made an average profit of Rs 60.28 per share. It illegally held short position of 74.2 million shares. And as a result made a gain of Rs 447.27 crore (Rs 60.28 multiple by 74.2 million).

What was Reliance Industries defence?

According to Reliance Industries the short positions were taken for hedging purpose. The company “adopted a prudent strategy to hedge the loss that it was expecting due to the impending sales in the cash segment by taking appropriate positions in the F&O segment,” the company had told Sebi.

Disputing that the strategy used cannot be termed as hedging, Sebi has stuck to the view that the trades were done to make undue profits.

What has Sebi directed Reliance Industries to do?

Sebi has passed a final order in the matter in which it has directed Reliance Industries to disgorge (give up) the “unlawfully gained” amount of Rs 447.27 crore (Rs 4.47 billion).

The market regulator has also asked the company to pay an interest of 12 per cent per annum since November 2007.

If it is simple interest, the total disgorgement would be Rs 948 crore and if it is compounded, it would be around Rs 1,250 crore (Rs 12.5 billion).

What are the options before Reliance Industries?

Why did it take Sebi 10 years to pass the order?

The irregularities happened in 2007. Following which Sebi conducted an investigation in the matter. Later in April 29, 2009, the regulator issued its first show cause notice (SCN) to the company.

The SCN was modified on October 8, 2009. Both the SCNs were superseded by another SCN dated December 16, 2010.  As per sources, under the earlier SCN, Reliance Industries was charged with violation of insider trading rules.

Later, it was charged under violation of fraudulent and Unfair Trade Practise (FUTP) regulations.

Reliance Industries went to SAT against Sebi’s refusal. Both the parities had a long legal battle over the manner in which the case was handled by Sebi. In July 2014, SAT passed a judgement that Reliance Industries’ plea was not maintainable. Subsequently, Sebi re-started the adjudication process and passed the order on March 25, 2017.