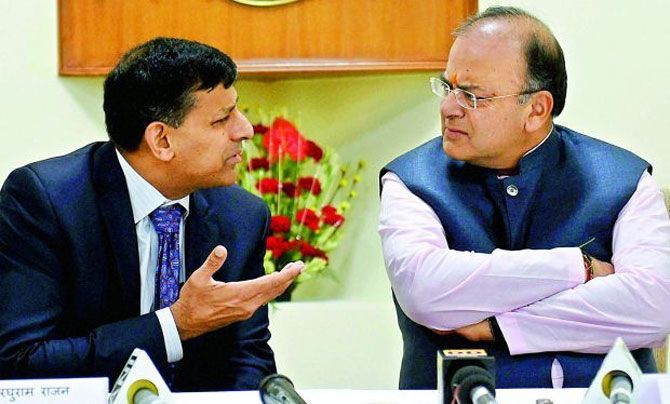 If the unpaid loans made by India’s public-sector banks were recovered, they would be enough to pay for India’s 2015 spending on defence, education, highways, and health, according to an IndiaSpend analysis.

These bad loans, or gross non-performing assets (NPAs) as they are called in banking parlance, of public-sector banks crossed Rs 4.04 lakh crore ($59 billion), a rise of 450 per cent since March 2011.

Private-sector banks also have an NPA problem, but their bad loans are less than half the level of public-sector banks, which account for 73 per cent of all lending.

The crisis in Indian banking, which IndiaSpend has repeatedly flagged, has now reached a point where the NPAs of many public-sector banks are higher than their net worth.

This affects their ability to make fresh loans to business, and these bad loans are ultimately paid for by India’s taxpayers, the final guarantors of government-owned public-sector banks, as editor and columnist T N Ninan recently wrote in Business Standard.

“So what is to be done?” he wrote of the banking crisis. “The easy option is to take more of your tax money and give it to the same banks, on a platter. The government has talked of giving them another Rs 2.4 lakh crore - which works out to Rs 10,000 from every family, rich and poor.”

“Indeed, 19 of 24 listed government banks’ stocks now quote at less than half of book value, some at a discount of 75 per cent. Clearly, investors still think these banks’ books are akin to fiction.” 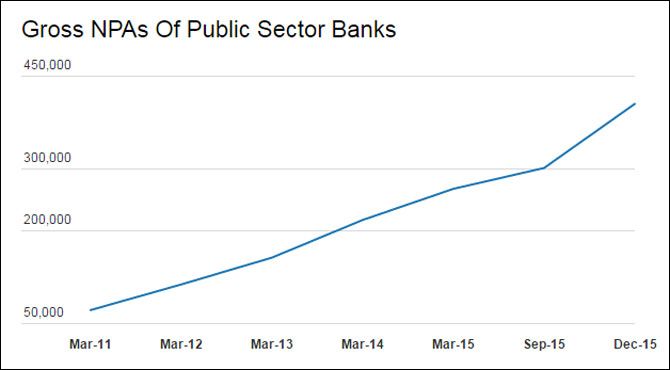 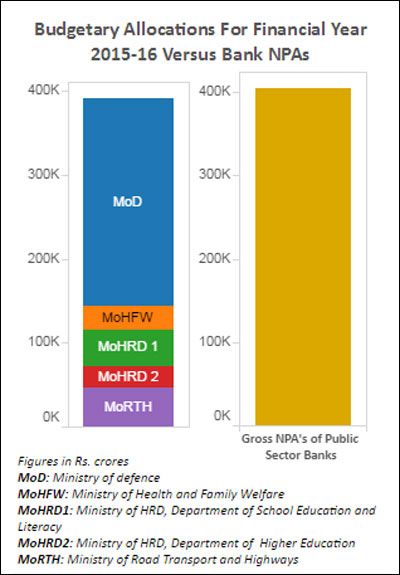 Indeed, the actual value of stressed and below-par assets of public-sector banks is higher than the NPA data reveal.

There are a number of loans that have been restructured, which means the borrower gets more time to repay the loan; sometimes, the interest rate is lowered as well–because the borrower could not, or did not, keep to the original terms of repayment.

The combined level of NPAs and restructured assets is 14 per cent - or one rupee in seven - of all loans made by India’s public-sector banks, close to Rs 8 lakh crore ($117 billion). This amount, higher than the gross domestic product (GDP) of Oman, Sri Lanka and Myanmar, is potentially at risk.

The problem has become big enough for Finance Minister Arun Jaitley to weigh in, saying there is no need to panic, a message he first issued in August 2015.

The government and the Reserve Bank of India (RBI) have tried to address the problem over several quarters.

The Economic Survey 2014-15, released just before last year’s budget, identified rising NPAs as a major problem and listed the RBI efforts to curb them, including tighter guidelines on reporting bad loans.

Tighter reporting guidelines are partly responsible for swelling NPA levels: Loans that could have earlier not been revealed in accounting statements are now being reported as bad loans.

The RBI cites three reasons for these loans which have gone bad: genuine business reasons; wrong business decision and inefficiencies; and misdemeanour.

Almost 85 per cent of all stressed assets are from the industrial sector (refer chart below), mostly from core sectors, such as iron & steel, infrastructure, engineering, construction, textiles and shipbuilding, all affected by India’s industrial slowdown.

Some of the large loans that recently went bad include:

Contrary to popular perception, not all bad loans are the result of fraud or political influence. For instance, the four examples listed above are operational companies with physical assets. They have been brought down by a combination of factors, including poor economic conditions and high levels of debt relative to their capital and profits.

In some cases, projects have been stalled due to land-acquisition issues, local opposition or environmental clearance: This is especially true for the hydropower sector, where almost all projects are behind schedule.

The impunity of big borrowers

This is not to say that there haven’t been frauds. There have been high-profile defaults by borrowers, such as Winsome Diamonds, Deccan Chronicle Holdings and Surya Vinayak Industries, which borrowed several thousand crore from public-sector banks, with very little by way of physical assets and investments. 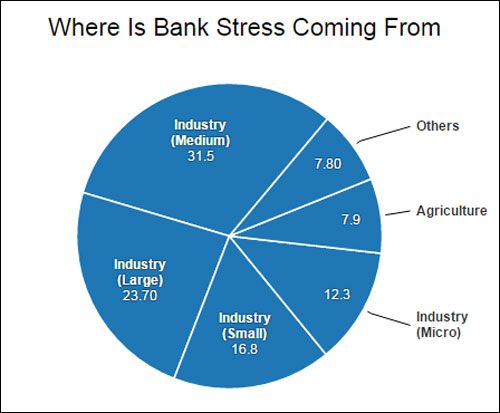 India’s banking culture of allowing influential borrowers who default to get away was flagged in January by RBI governor Raghuram Rajan.

“We do not punish the wrong-doer–unless he is small and weak,” Rajan wrote in an email to RBI employees. “This belief feeds on itself. No one wants to go after the rich and well-connected wrong-doer, which means they get away with even more. If we are to have strong sustainable growth, this culture of impunity should stop.”

There are two effects that the rising tide of bad loans has on the banking system.

First, the taxpayer ends up paying. Banks take money from depositors that they lend to borrowers. If a borrower cannot repay loans, banks make up the shortfall from their own capital and profits.

If a bank has bad loans, its shareholders take the hit. India’s public-sector banks are owned by the government, and, so, these bad loans are a loss to the government and the taxpayer.

Private-sector banks also face stress over bad loans, but their problems are nowhere close to the crisis at their public-sector cousins.

The total stressed assets of India’s private-sector banks were 6.7 per cent of their outstanding loans, against 14 per cent for public-sector lenders, according to RBI data.

Private banks have consistently had lower NPA levels. For the quarter ended December 2015, many private banks, such as HDFC Bank, IndusInd Bank and Yes Bank, have NPA levels of less than 1 per cent; the worst private performers, such as ICICI Bank and Federal Bank, do better than the best-performing public-sector banks.

Amit Bhandari, is a media, research and finance professional. He holds a B-Tech from IIT-BHU and an MBA from IIM-Ahmedabad. 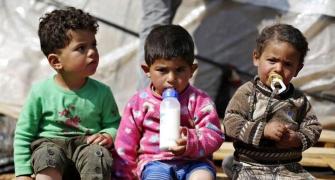