Are US equities cheap?

If investors decide that US equities are good value, the consequences for the Indian market will be dire, writes Akash Prakash.

There is today much debate about the attractiveness of the US equity market and the return profile that an investor buying US equities can expect. 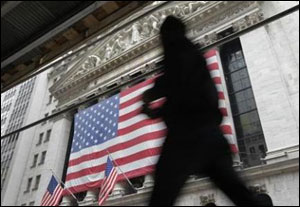 The bears simply argue that if one uses long-term valuation measures such as Tobin’s Q (which looks at replacement costs), the CAPE ratio (cyclically adjusted price-to-earnings, or PE, ratio using a 10-year average of real earnings), or other similar tools, the markets do not look cheap at all. In fact on these valuation measures, the markets are quite expensive by any standard, apart from the bubble years of the late 1990s.

The crux of the bear argument is that corporate America is massively over-earning and this is not sustainable. Corporate profits, which used to hover around six per cent of gross domestic product (GDP), are now near 10 per cent, fully 70 per cent over the historical norm. Profit margins historically have been mean-reverting, and there is no reason why this should change going forward. If you normalise margins, which these longer-term valuation measures tend to do, then the markets are not cheap. That is because the earnings will have no growth and will, in fact, decline over the coming few years.

The bears also argue that the reasons corporate profits are so high can be traced directly to the massive fiscal deficit and depressed household savings currently in the US. Many of the bears have shown long-term charts tracking corporate profits with the sum of government and household savings. There is a very clear and marked inverse correlation, with a very strong fit. This is not surprising, for, as the bears point out, this relationship is not a theory but more an accounting identity.

The US is currently facing a serious imbalance; where historically the sum of government and household savings has been four per cent of GDP, the combined sum today is minus five per cent. The combined deficit is off the charts and correlates with corporate profitability in the US also being in uncharted territory. The bears argue that any normalisation of household and government savings will act as a huge headwind for corporate profit growth in the US.

Even if one uses more macro-based valuation measures such as market capitalisation-to-GDP, currently over 100 per cent, the markets are not in a value zone. From these levels of valuation, if history is any guide, market returns over the coming 10 years will be sub-five per cent.

The bulls, on the other hand, point to the forward PE ratio and point out how reasonable it is. They mention the fact that from a bottom-up perspective, many companies in the US seem quite cheap with good growth prospects. They dismiss the elevated corporate profits argument and reason that corporate America has fundamentally improved its profitability as a result of cost-cutting and improved productivity through use of technology. America has also become a fundamentally lower-cost location for manufacture as a result of the shale gas revolution, decimation in real estate prices and zero growth in real median wages over the last decade.

The main argument, however, is based on relative asset class attractiveness. On any measure that uses interest rates, equities come out as very cheap. What is debatable here is whether this is because bonds are in bubble territory or because equities are actually cheap on an absolute basis.

As Howard Marks has pointed out in his most recent memo, the post-World War II average PE ratio for the markets has been about 16, giving an earnings yield of 6.25 per cent (reciprocal of the PE ratio); when compared to a normalised risk-free rate of about three per cent, this gives an equity risk premium of about 3.25 per cent. At the peak of the equity bubble in 2000, the PE ratio of the S&P 500 was 32, giving an earnings yield of 3.12 per cent.

When compared to the risk-free rate of two per cent at that time, the equity risk premium was only 1.12 per cent. Today, however, with the PE of the S&P 500 back to 16, the equity earnings yield of 6.25 per cent has to be compared with a risk-free rate of, at best, one per cent (more like zero). This yields an equity risk premium of 5.25 per cent - a level that indicates deep undervaluation for equities, at least when compared to fixed income.

To the extent that US markets continue to remain attractive and outperform the emerging market universe, it will at some point affect inflows into markets such as India. Given the S&P 500’s performance, the renewed strength of the dollar, and the newfound belief in many quarters as to the resilience of the American economy, continued reallocation of assets into emerging markets from the US is no longer a certainty.

As we have all being saying for some time now, India remains very vulnerable to any reversal in international equity and debt flows. This year we have already received more than $10 billion, yet the rupee remains at 54 to the dollar and equity markets are among the worst performers in Asia so far this year. If, for some reason, these flows were to reverse - whether owing to risk aversion,  a policy mis-step or just investor fatigue around India - our markets would face a very serious problem.

The attractiveness of US equity markets is not an abstract debate. If investors increasingly agree with the bullish US view (and price action indicates that they do) and the S&P 500 continues to outperform all its emerging market peers, the outlook for flows into emerging market equities more generally, and into India in particular, is challenged.

We sometimes do not realise how fortunate we have been in India over the last few years in terms of equity inflows. We have received a disproportionate share of the flows into Asia. Since January 2012 itself, we have received over $35 billion. Despite some question marks over these flows’ source and stickiness, they have persisted.

Let us hope that emerging market equities more broadly, and India in particular, can continue to attract investors despite the poor relative performance of the last few years. India, at least, cannot do without this foreign capital.

The writer is fund manager and CEO of Amansa Capital