While India’s growth stands shoulder-to-shoulder with a slowing China, the IMF expects the US to grow at a slower pace in the coming years, and smaller Asian economies such as Bangladesh to grow faster than India. 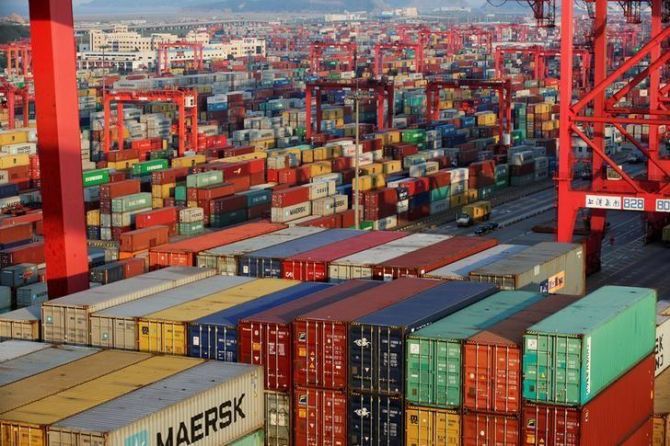 Last week, global as well as domestic data showed that trade has slowed significantly in 2019.

Global trade has grown only by 1 per cent in the first half of 2019, the International Monetary Fund (IMF) noted in its World Economic Outlook.

As trade drives global growth considerably, the impact is visible in a number of countries.

While India’s growth stands shoulder-to-shoulder with a slowing China, the IMF expects the US to grow at a slower pace in the coming years, and smaller Asian economies such as Bangladesh to grow faster than India (Chart 1).

The pattern of growth in advanced economies has changed in recent years with declining investments and private spends, compensated partially by rising public expenditure (Chart 2). 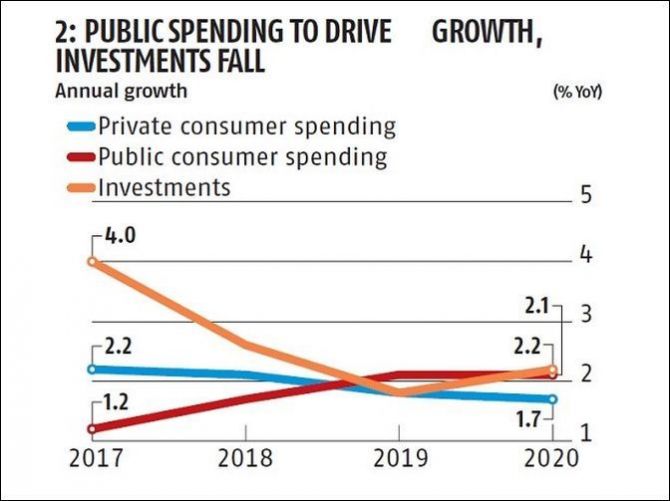 Wages have increased in the developed world, while productivity growth has slowed (Chart 3). 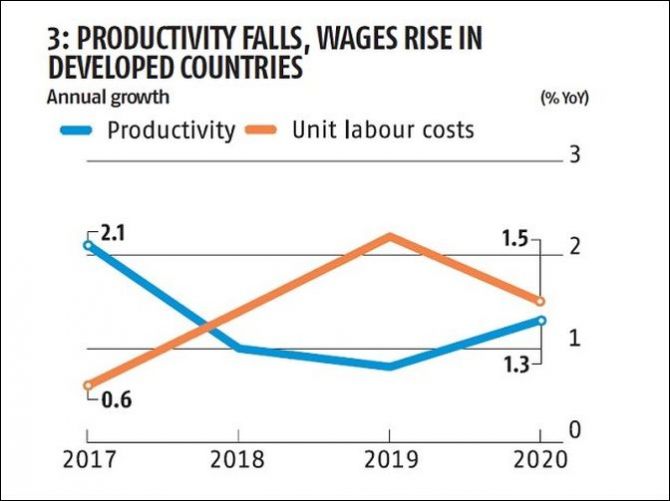 Trade volumes would grow at its slowest pace in a decade this year (Chart 4). 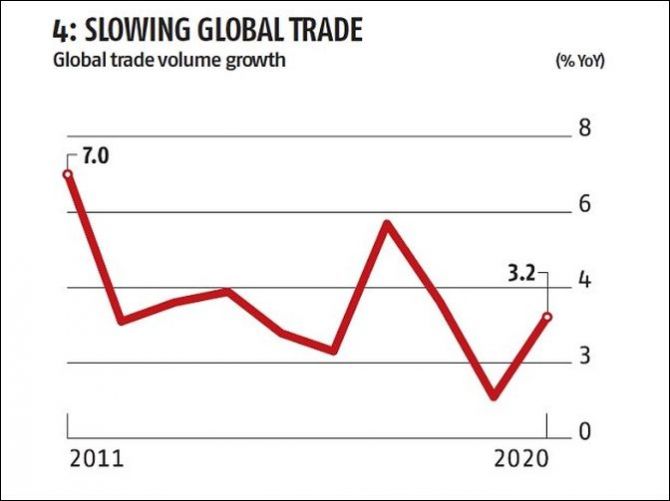 While exports from developed countries are expected to grow at 0.9 per cent this year, developing countries are likely to witness a growth of 1.9 per cent, according to the IMF.

Goods exports from Asian countries would grow faster at 2.5 per cent (Chart 5). 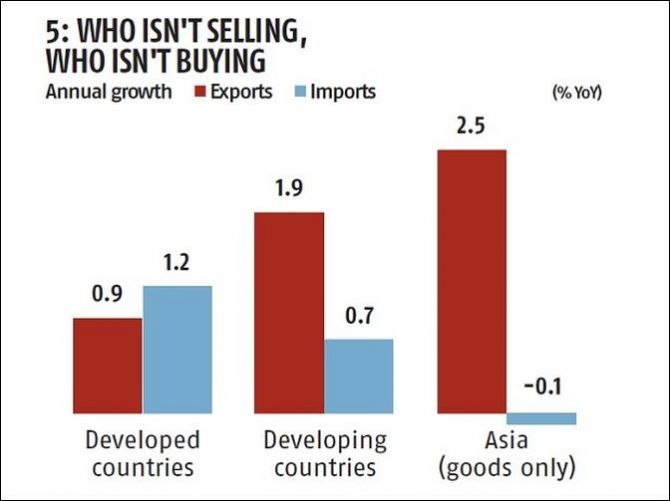 In terms of imports growth, Asia will witness a mild contraction this year.

A lot of this is getting reflected in India’s trade data as well. In the first half of FY20, while exports (non-oil and non-gems and jewellery) were stable, non-oil and non-gold imports contracted by 6 per cent, showing that despite slower growth and slowing consumption globally, India’s demand problems are more severe.

StatsGuru is a weekly feature. Every Monday, Business Standard guides you through the numbers you need to know to make sense of the headlines; Source: International Monetary Fund, Ministry of Commerce; Compiled by BS Research Bureau 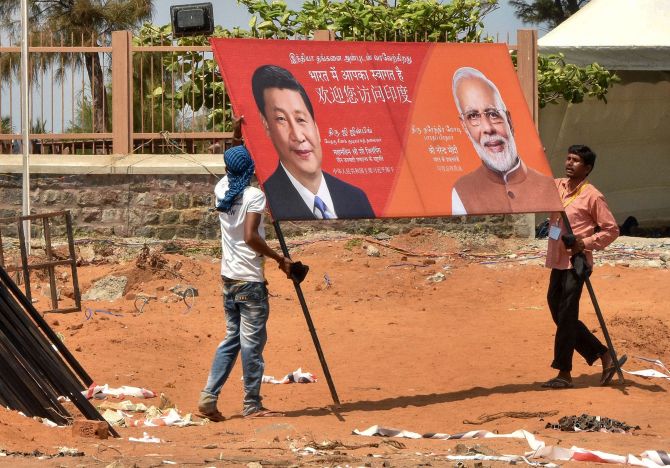