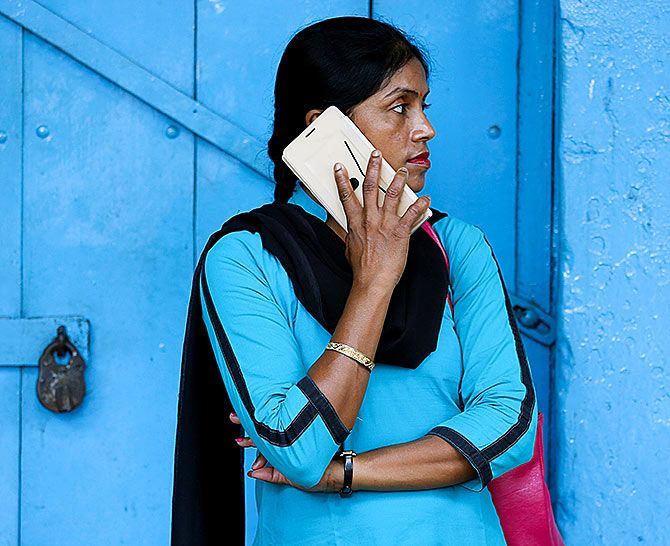 A Google search for India Mobile Congress will give out results that are likely to impress you.

It's mostly described as the biggest technology and telecom summit in South Asia.

But far from it, going by the 2019 edition that ended on last Wednesday.

First, many of the captains from the industry were missing.

The telecom honchos were indifferent to the New Delhi summit, in sharp contrast to the full-house Barcelona one.

If lacklustre participation marked the event in tune with the financial stress in telecom, its 5G theme got diluted by other distractions.

From the voices captured from the venue, participants opted to focus on grievances rather than on the strides in technology.

Bringing out the bitter differences within the industry, what took centrestage was how tariffs must go up to improve the health of the sector and why interconnection usage charge (IUC) was an outdated concept.

The 5G showcase trials, which were meant to be the dominant subject were sidelined, unless the context was reducing the reserve price of the 5G band for the upcoming auction.

In the IUC and tariff war noise, the other contemporary issue that got diluted was the customer choice.

The narrative was around why the Telecom Regulatory Authority of India (Trai) must not delay phasing out IUC, how the government is working out ways to make the auction attractive, why the industry needs to compete effectively and should Chinese equipment makers like Huawei be part of the 5G play in India.

The missing piece of action was customers: Do they need 5G services, and why at this point?

What are the different needs of urban Indians vis-a-vis the rural ones when it comes to communication technology?

Why should they have to pay more for a voice call if Trai doesn't phase out IUC?

Is India a country of smartphones or feature phones?

And what's the level of quality in the current telecom services?

Before getting into smartphones versus feature phones and India versus Bharat, here's a summary of the IUC, an issue now central to the industry rivals -- Bharti and Vodafone Idea (operating on 2G, partly phasing out 3G and 4G platforms) on one side and Reliance Jio (an out and out 4G player) on the other.

The issue came alive when last month when Trai floated a consultation paper on whether there's a need to revise the applicable date for the Bill and Keep regime.

That is, Trai asked stakeholders whether zero mobile termination charge should come into effect from January 1, 2020, and if yes, what parameters should be adopted to decide the new date.

Beyond the technicalities lies a commercial arrangement between the operators.

IUC is a cost paid by one mobile telecom operator to another when its customers make outgoing mobile calls to the other operator's customers.

These calls between two different networks are known as mobile off-net calls.

In 2017, Trai reduced the wireless-to-wireless domestic call termination charge to 6 paise from 14 paise.

At that point, it had prescribed the zero termination charge from January 1, 2020, for domestic calls.

Jio was seen as a beneficiary of the 2017 regulation, and its rivals moved court.

Now that Trai is reviewing the IUC phase-out date, Jio has passed on this charge to the voice calls of its customers.

The phase-out of the IUC hinged on the adoption of new technologies and their impact on termination costs as well as on inter-operator off-net traffic symmetry.

But a large number of customers are still served by circuit switched networks for voice calls, according to Trai.

Although the imbalance in the inter-operator off-net traffic is reducing over a period, it still exists. Therefore, the need for review.

While India is increasingly turning into a smartphone market, the country's feature phone market is still large and growing.

According to IDC data, of the total 69.3 million mobile phones shipped to India in the June 2019 quarter, smartphone and feature phone share were 36.9 and 32.4 million units respectively.

Also, in the same quarter, the number of 4G data subscribers increased to 517.5 million.

But that was just about half the total wireless subscriber base in the country at 1.16 billion in the corresponding period.

Look deeper into urban-rural numbers and the divide is clear.

The country's wireless teledensity, the number of phone connections for every 100 individuals living in an area, is 88.5.

Whether it's assessing the IUC regime or ushering in 5G, the other India is a test case. 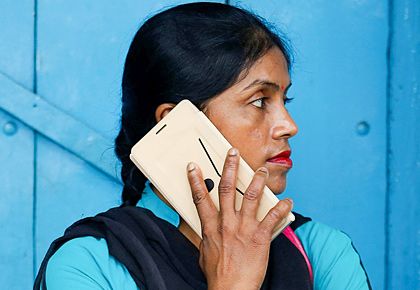 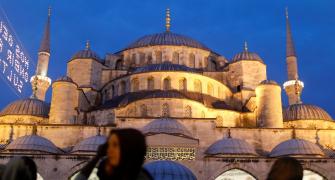 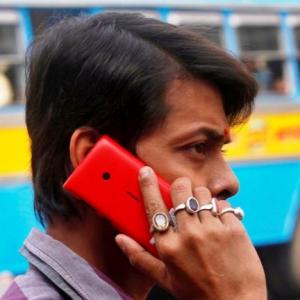