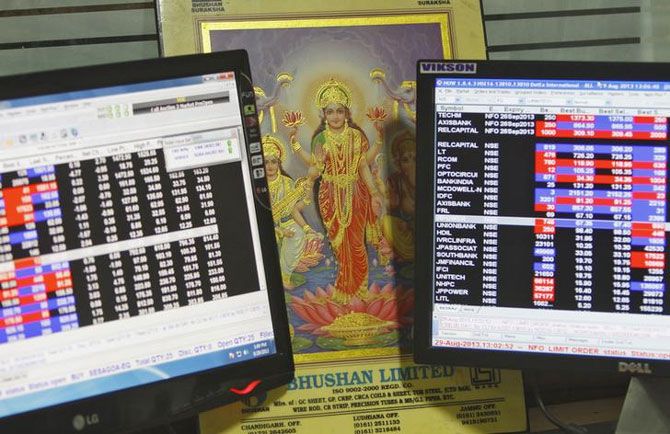 Hype around Finance Minister Arun Jaitley's second Union Budget has taken epic proportions. Morgan Stanley's India strategist Ridham Desai has termed it "the most important one for the stock market after the early 1990s, when India launched economic liberalisation."

Interestingly, a day before the FM presents the Union Budget for 2015-16, the Economic Survey has taken pains to temper the market's outsized expectations. The markets may have priced in a "Big Bang" Budget, but the Survey has termed such reforms as "unreasonable and infeasible standard for evaluating the government's reforms actions." Instead, it has emphasised the need to follow "a persistent, encompassing, and creative incrementalism," but with bold steps.

Going by the cautious commentary of the Economic Survey, the question to ask is: can the FM deliver upon the sky-high expectations of the market? One of the market's big expectation is that the government will increase capital expenditure and curb revenue expenditure, as the private sector is showing no sign of making fresh capital investments. But switching of expenditure isn't easy. In the first year itself the government has not taken steps in that direction. In FY15, revenue spending is estimated to have grown 9.2 per cent, while capital spending contracted 11.5 per cent.

With gross tax revenues growing by 7 per cent in the current fiscal against the estimated 13 per cent and focus on fiscal consolidation, the government has very little headroom to increase capital spending as tax receipts are unlikely to grow higher than 8-10 per cent in FY16.

Dhananjay Sinha of Emkay Global, says fiscal tightening along with global factors like slower growth, weakening commodity and fading out of the beneficial impact of rupee depreciation have all resulted in muted performance of corporate earnings and impinged upon disposable income of household sector, especially the rural.

Also, recent political developments have not been in favour of the new NDA government and have weakened the popularity of the government. Hence, Sinha says, the scope for the government to take tough economic measures can be inhibited.

Jaijit Bhattacharya, partner (infrastructure & government services), KPMG adds that social pressures for supporting the underprivileged while balancing the short term imperative of boosting public investment and not upsetting the fiscal discipline continues to be a challenge.

On the brighter side, the government is likely to push through the Goods and Services Tax (GST). The chances of this look brighter after the coal block auctions and the government accepting the 14th Finance Commission's recommendation of transferring higher share of central taxes to states.

The other positive that the market expects from the Budget is a lower share of subsidies as a percentage of GDP. With oil prices falling by 55 per cent and government focusing on direct transfer of benefits to bank accounts through the Jan Dhan-Aadhar model, share of subsidy should decline to 1.5-1.7 per cent of GDP in FY16 from 2 per cent levels seen in FY13 and FY14.