After the 2019 election, one thing is sure: GST will see a number of changes, explains Indivjal Dhasmana.

Whether it is a BJP-led government or a Congress one at the Centre after the 2019 general election, one thing is sure: The goods and services tax will see quite a number of changes.

While the Congress has promised an overhaul of the tax, the BJP itself is talking about a single standard rate now.

Let us examine the 5 possible changes that GST may undergo after the Lok Sabha polls:

It is certain now that the peak rate of GST, at 28%, would have only sin products such as cigarettes and tobacco, and luxury goods such as air conditioners and dish washers.

After cutting rates on 23 items, Finance Minister and GST Council Chairman Arun Jaitley said eventually the 12% and 18% rates would be merged to form a single standard rate.

However, he wanted a significant increase in tax collections before such a step could be taken.

A future road map could be to work towards a single standard rate instead of two standard rates of 12% and 18% cent, the minister said.

'It could be a rate at some mid-point between the two. Obviously, this will take some reasonable time when the tax will rise significantly,' he said.

'The country should eventually have a GST which will have only slabs of 0%, 5% and standard rate with luxury and sin goods as an exception,' Jaitley added.

It is anybody's guess what this 'reasonable time' is, as GST collections have not keeping pace with the target.

While the target was roughly Rs 1 trillion a month, only April and October have yielded this figure for the first eight months of 2018-2019.

What the single standard rate would be is also anybody's guess though the mid-point between 12% and 18% is 15%.

In fact, this was the revenue neutral rate that was arrived at a committee headed by then chief economic advisor Arvind Subramanian.

It had also recommended a 40% sin or demerit rate.

"While fixing the standard rate, the GST Council may have to balance the GST revenue collection targets and, at the same time, ensure that it does not entail too much of a burden on the industry and consumers specially for the goods which are currently in the 12% basket," said Abhishek Jain, tax partner at EY.

This process is underway and is expected to be rolled out on July 1 this year.

Anyway, after much hue and cry, the GST Council had allowed small and medium taxpayers to file sale quarterly returns instead of monthly.

The annual turnover cap for this category was fixed at Rs 1 crore earlier, but now it has been increased to Rs 10 crore.

However, taxpayers have to file GSTR1 (supply returns) and GSTR 3B (summary input-output returns).

So, big businesses are filing two returns in a month and one annual return, or 25 returns a year.

Small businesses file one return -- summary input-output return -- a month and one supply return in a quarter, apart from the annual return.

So they file 17 returns in a year.

In its place, the draft of simple returns the government has put in the public domain proposes that big businesses file one return monthly and one annual return.

That makes it 13 returns a year, down from 25 currently for big businesses.

There will also be three kinds of quarterly returns.

One for manufacturers or service providers and two others for traders.

However, assessees will have to continuously upload invoices and keep track of matching purchase receipts with those of sales, to claim input tax credit.

This, many say, will be burdensome for taxpayers because currently they self-certify the credit claims.

This is so because only taxes paid on invoices uploaded till the 10th of the next month by suppliers will be available for input tax credit for buyers.

Though the facility of quarterly returns will be available, taxes have to be paid monthly.

Every business will have to pay taxes monthly by the 20th of the following month.

These are just draft forms, and the final version will be put in the public domain by April this year.

Under the Composition scheme, which has been introduced in GST to woo small businesses, taxpayers pay a flat rate at lower level, but aren't entitled to get input tax credit.

The ceiling for availing this scheme currently is Rs 1.5 crore.

Manufacturers, dealers and restaurant owners can avail this scheme.

While manufacturers and dealers are required to pay 1% tax, restaurant service providers pay 5%.

Now, there are demands that small service providers also be brought under the scheme.

The issue is that when these service providers raise bills, their buyers are reluctant to pay GST.

As such, these providers are unwilling to join the new tax system.

The next Council meeting will discuss this issue this month and will come out with the rules and the rate for this purpose.

But experts say the limit could be fixed at Rs 50 lakh to Rs 1 crore. 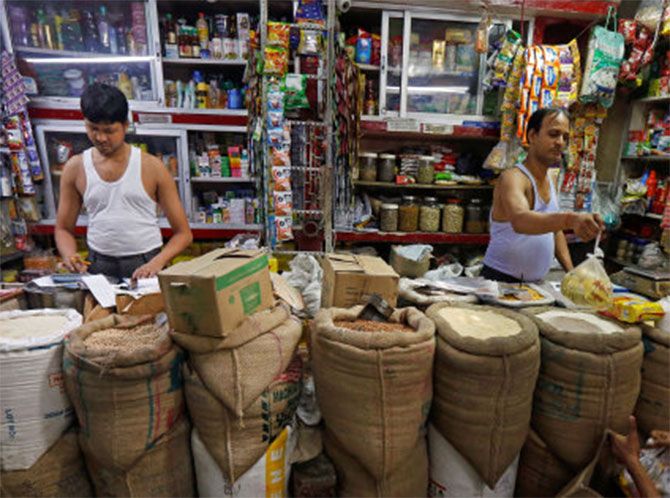 The next Council meeting is likely to increase the exemption limit for medium and small enterprises to Rs 75 lakh annual turnover from the current Rs 20 lakh.

Those with annual turnovers less than or equal to this threshold are not required to register under GST.

However, this is unlikely to impact the number of GST registrants or the exchequer significantly.

About 10.2 million assessees are registered under GST as of now.

Almost 25% of those registered with GSTN have a turnover in the range of Rs 20 lakh to Rs 1 crore.

GST paid by them makes up only 5% of the overall collection.

Compensation cess for another three years

Though the devolution formula is still being worked out by the finance commission, it is likely that GST compensation cess may be extended by three more years.

The devolution formula may be affected by the Centre's decision to extend the compensation cess beyond 2022.

While the finance commission's recommendations will be implemented for the period between 2020-2021 and 2024-2025, the compensation cess would cease to exist by 2022.

The commission is in talks with the states as to how their deficits would be met after 2022.

This was due to improved collections from GST, Jaitley had said earlier.

GST collections have improved in most states, including consuming states of the north east and manufacturing states of Maharashtra and West Bengal.

This was despite the fact that the collections have missed the target of Rs 1 trillion a month till December. 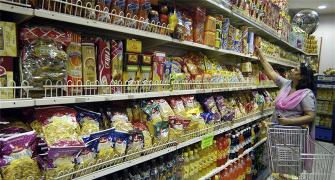 GST forces FMCG majors to reach out to Bharat directly 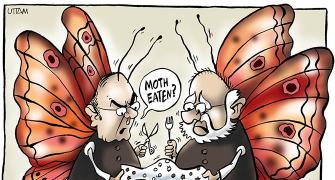 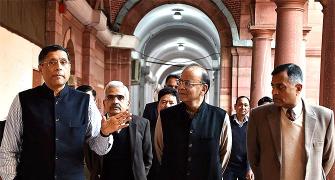 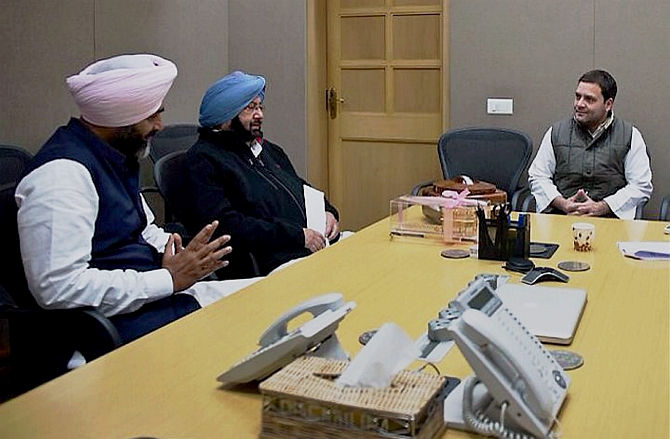